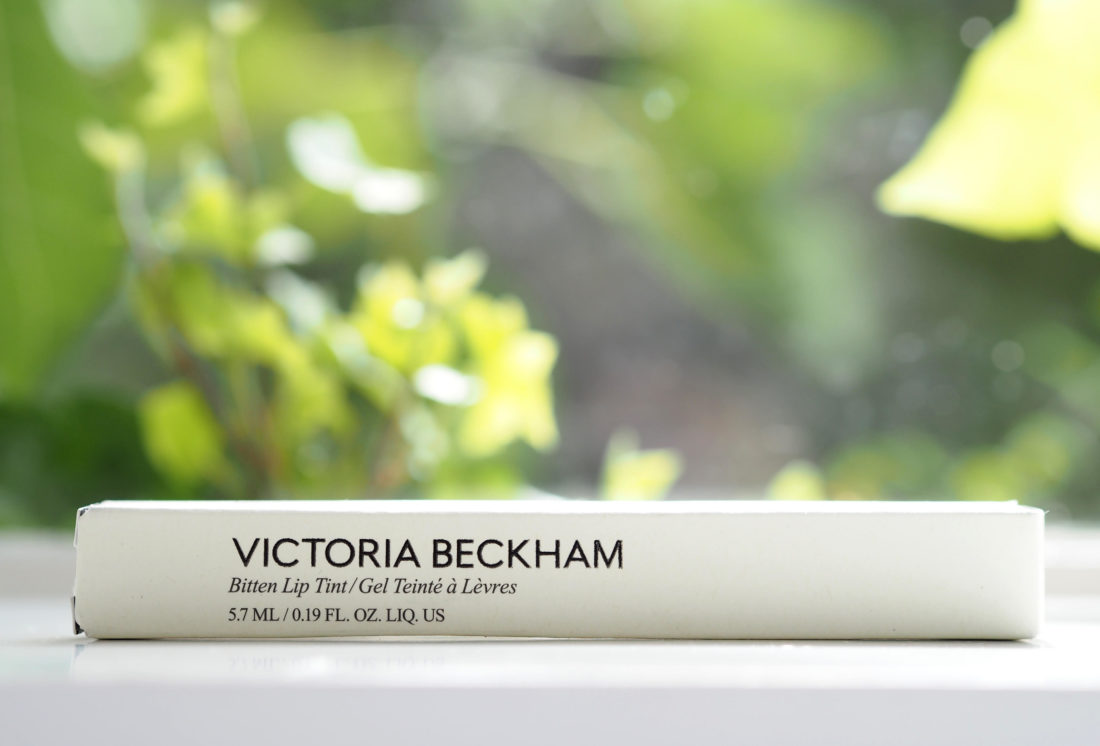 [unpaid/sample] I’m feeling guilty as I’ve had this product waiting to be tried for literally weeks – it got pushed behind some other bottles and I forgot about it which is unlike me because I’m usually very excited to post about it. And while I was dawdling, the brand has released another shade of tint in red called Je t’aime which looks delicious. Of all the Victoria Beckham products I’ve tried, the lip tints are my least favourite – not because the products aren’t great – they are – but because tints in general tend to dry my lips out. The first ingredient is water and that explains it all – once that’s evaporated if you are the slightest bit prone to dryness, it will invariably happen. In the Victoria Beckham Lip Tint, that effect is somewhat mitigated by glycerin and squalane.

Poupette means ‘doll’ in French (yes, I had to look it up – it was ringing a bell but I came up with pom-pom so it’s a good job I did) and the shade is a warm neutral tone that has soft orange tones – the brand describes it as a ‘melon pink’.

On the lips, it creates just a small amount of colour – I had to apply twice before I was happy – so it’s ideal for very low key looks. It doesn’t have any tacky element and sits very smoothly on the lips. I must admit the tint adherence is very good – it didn’t fade away in any part (the centre part where you might naturally stick your tongue out concentrating or whatever is a key place for tints to disappear) and for its category I would say is pretty long lasting. There was still tint left when I took my make up off later in the afternoon.

I’m still very swayed by the VB packaging – it feels and looks premium with a kind of tortoiseshell effect and is suitably weighty in the hand. Victoria’s business partner and co-founder of Victoria Beckham beauty is Sarah Creal who was the creative head and product developer behind The Estee Edit at Estee Lauder. If you remember, Victoria had two successful partnerships with Estee Lauder before she partnered with Victoria. It’s very often the case when new brands launch that the brains behind them are ex-Lauder, or more commonly, ex-L’Oreal – those long days of putting in the extra hours (which beauty brands are notorious for demanding) seem to pay off. It’s £32 HERE.