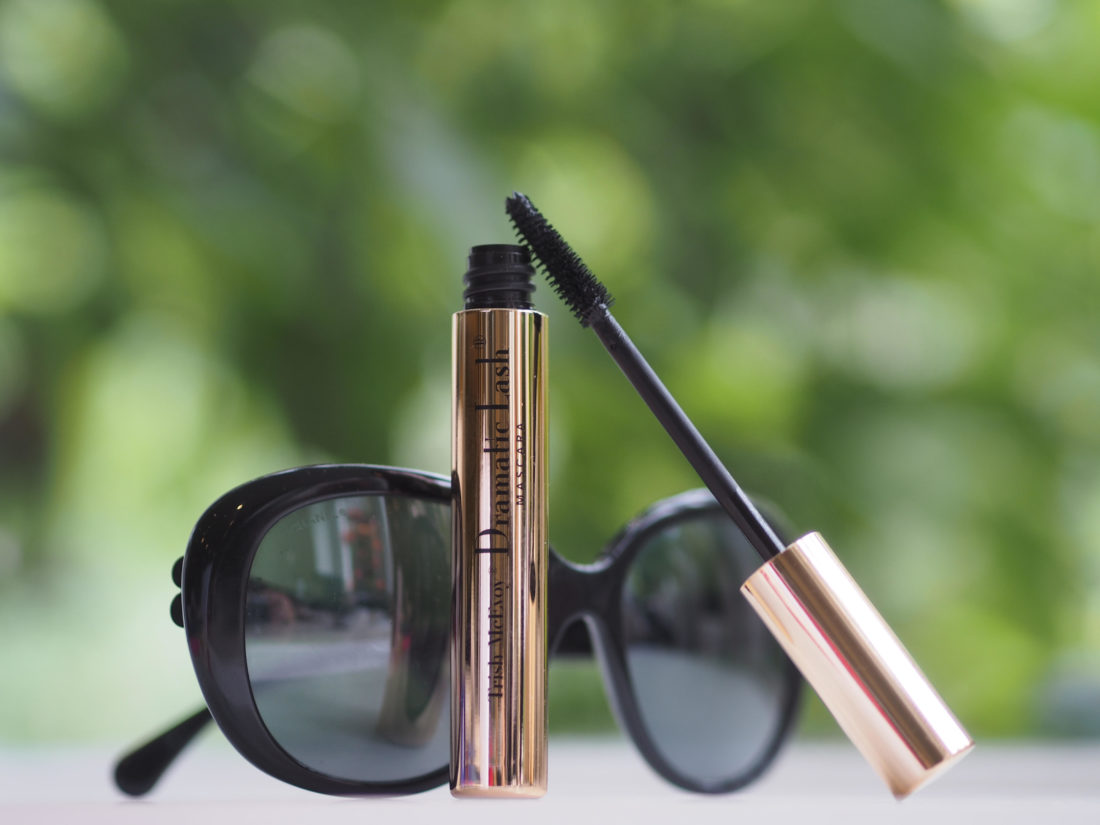 [unpaid/sample/affiliate/ad] I’m adding a very bleary picture taken five minutes ago (the morning after the football before) because I forgot to take more human one yesterday when I put this brand new mascara to the test. I’ve been after it ever since a friend from the US messaged me saying ‘you have to get the new Trish mascara!’ Now I see why she was so vehement.

I’m not really sure what’s in it that makes it so good – panthenol is fairly standard and acts as a lash conditioner and is useful, amongst other things, in preventing mascara flaking, something that happens when the moisture from mascara evaporates leaving just dry ingredients. Generally, it happens when mascara gets old but can occasionally happen with a poor formula. So, you will be underwhelmed at the first coat, encouraged by the second and wowed by the third.

The brush is quite narrow – not exactly what I would call a skinny brush but tapered at the top so you can be more precise with each lash and the pull through is more accurate as you get to the smaller lashes nearest the eye corner. But, the result at coat 3 is spectacular – beautifully even, fanned, longer and thicker lashes without a clump in sight. Again, drying is responsible for clumping so most brand new mascaras shouldn’t really form any kind of clumps but I was impressed with the even coating when I applied this.

I mean, that’s pretty good isn’t it? I feel that maybe it’s because each coating is so light that you don’t get a bulky build up – you just intensify the width and length. It’s a decently deep black as you can see – and helping somewhat on a bare, late-night face. I see now why it’s going such a storm in the USA – it lasts so well, keeps lashes soft (no crispy feeling) and by today’s standards, isn’t even all that expensive at £22.50 HERE, non-affiliate HERE. If you have a problem with mascara drifting underneath your eyes, try and keep that area as oil-free as you can either leaving moisturiser away from the area or patting with a little powder to absorb any oils. If you really struggle with that, an eye primer might be helpful to add a dab under the lash line. Most lash primers work on bulking the lashes up so they look bigger rather than dealing with the issue of flaking or smudging but popping a bit of lid primer will mattify the area.