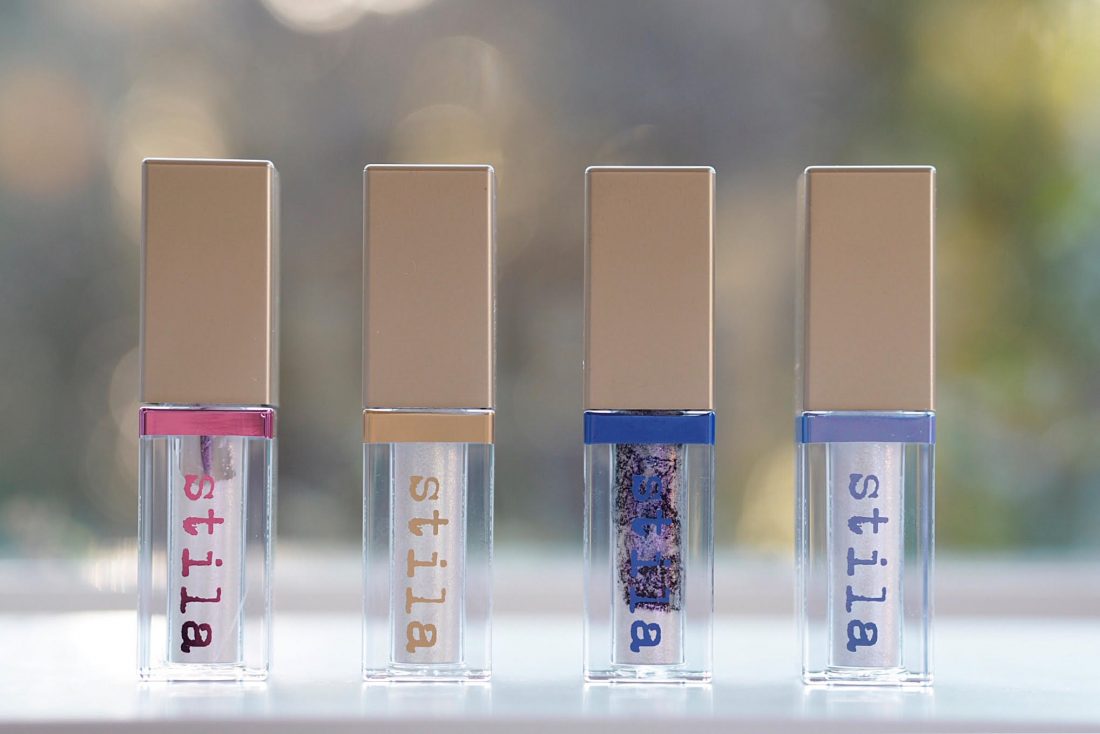 Stila has an avalanche of new launches, many focused around their liquid glitter shadows. I’ve seen Little White Lies get some shocking reviews in the US so I was really keen to try them for myself. The deeper purple shade by the way is from the Shade Mystere collection which is separate to Little White Lies. Little White Lies are liquid shadows look white in the bottle but have iridescent twinkles that ‘shift’ to a different shade. The colours are denoted by the stripe on the bottle. They’re very, very twinkly.

I couldn’t really see a difference between the first and second shades that I swatched – Yellow Tales and Pink Wink Wink – both seemed to have a mix of gold and pink. On my lid, there isn’t a whole lot of colour flipping going on but I cannot say they’re not ultra twinkly because they are. When the light hit my lids I looked like I’d been plugged in…

They are thin in texture when they come out of the bottles but the best way to use them is as a wash of sparkle and I found that applying with a brush rather then the doe’s foot supplied I got a much better wash result. The same applies to Lilac Legend Mystere – more pigment but worked better and applied more smoothly with a brush. Stila put out some promo pictures of Little White Lies showing an exaggerated cat eye look using Little White Lies and I don’t think you would ever manage to achieve that unless you’re Lisa Eldridge because the fluid just isn’t as manageable as they suggest. I think though, if you like sparkle, you’ll like these but there is some drop you’ll need to pay attention to. I think I’ll be twinkling forever as they don’t seem to want to leave :-).

I had high hopes for Shade Mystere Face Gloss in Enchanted – I love the idea of light hitting cheekbones at a glossy skin point but for me personally, this is just too sparkly. There’s more gloss than sparkle and the ethereal looking moon-like surface of the gloss that looks marbly and multi-shade doesn’t seem to translate with any pigment to the skin. 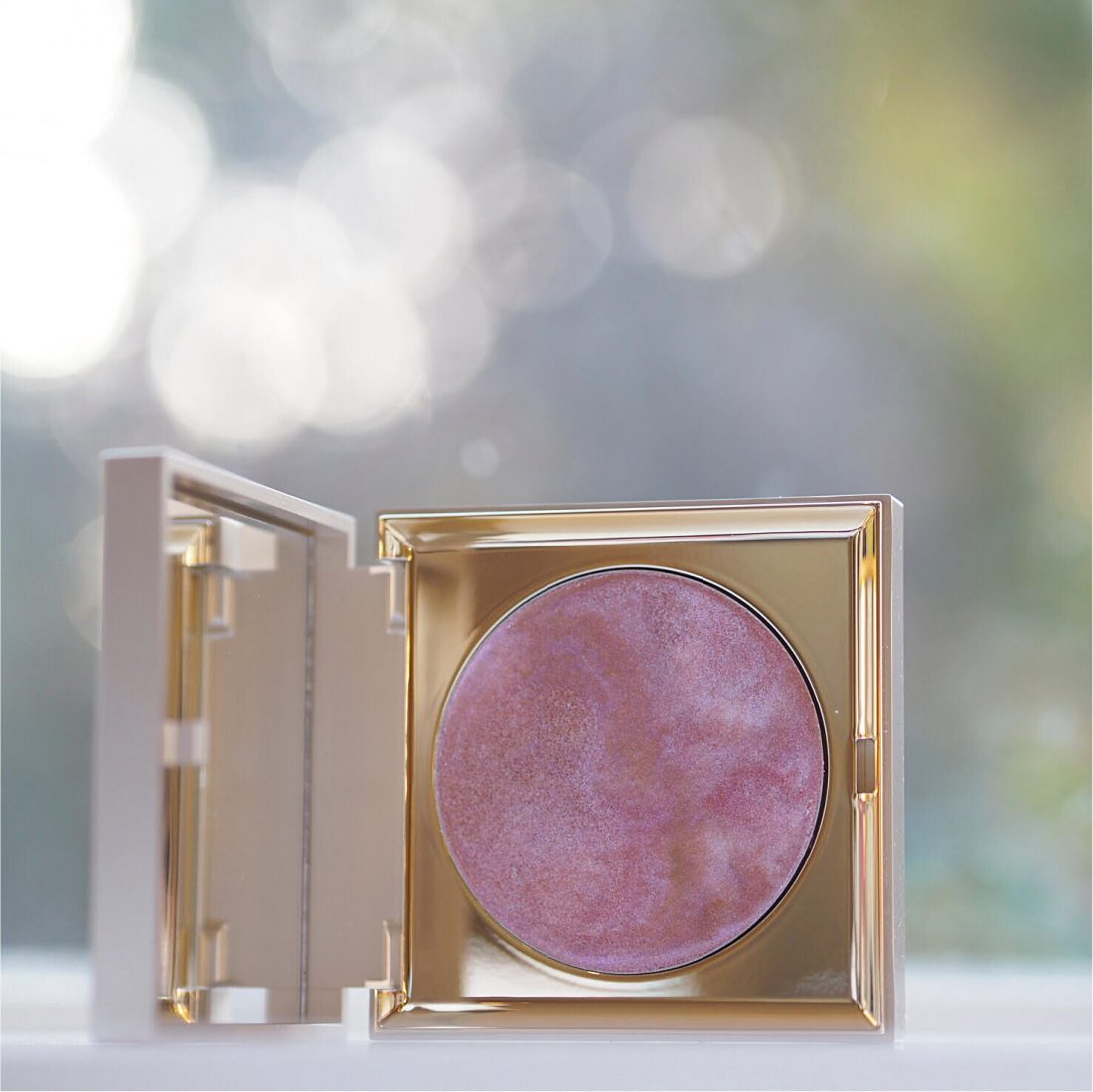 The marbling is sort of hiding how sparkly this is really so if you are a sparkle lover then look twice at this, if you don’t like sparkle, avoid it.

Bottom line of Stila Spring is that it’s impactfully glimmery, shimmery, sparkly and glittery and if that’s not your thing, move on. If it is, you’ll be in 7th heaven! Little White Lies and Mystere are £24 each and Face Gloss is also £24 HERE.