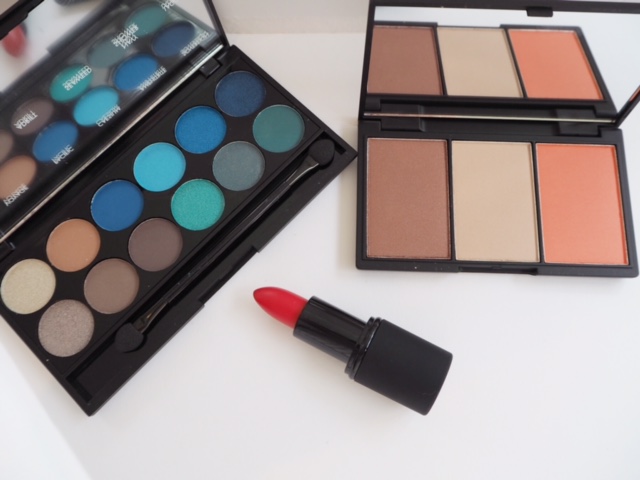 I’m going to share with you that I feel a little bit irritated with Sleek MakeUP right now – you’ll probably have seen plenty of coverage already on this collection because it was a mass send out, but it was sent out as a ‘gift’. Which I just feel is very odd because I’m assuming that they won’t consider subsequent blog posts as a ‘gift’ to them. The reason I don’t like the term ‘gift’ is because it assumes that bloggers are the lucky ones to be the recipients and yet what the brand is clearly hoping for is mass coverage to be seen by thousands of women and therefore promote sales. If I’d taken the gift literally, this would be tucked away in a drawer and never see the light of day on my blog because I’d assume it was for personal use. I know it’s only a word, but it’s a disservice to bloggers who will put a great deal of time and care into spreading the word on Sleek’s behalf. It doesn’t feel like any kind of gift to me, but more part and parcel of my job as a blogger. Anyway, I’ll move along now!

As you can see, the Calm Before The Storm palette is full of mermaidy blues and greens and I love the inclusion of Voyage, the peachy shade, because that’s a natural and striking match to the brighter shades. I’ll run through the shades. Top Row: Starboard, Voyage, Pacific, Caesium, Amphitrite, Sovereign. Bottom Row: Ahoy!, Barque, Adrift, Seaweed, Navy Shower, Lagoon.

As you can see, it’s a great mix of mattes and shimmers and a good colour selection for brights or neutrals.

Actually, the Blush By Three palette is my favourite piece from the collection – shades are Calypso Island (a kind of brickish shade with shimmer), Phoenix Sound (more for highlighting I think) and Coral Dune which is a glorious orange colour that’s perfect for skin with a smattering of tan.

The Lipstick is described as a semi-matte, but to me it’s just matte, although admittedly not one of those superdry mattes. Ready To Sail is a beautiful red though – and a good amount of pigment so you get a properly red lip.

The Sleek MakeUP Nautical Collection is very summery – I open the blush and think holiday straight away! There’s no indication of when it launches, other than July, and no pricing, but do keep your eyes peeled if you want a splash of nautical for your summer look. Sleek MakeUP is always priced well, so it’s an easy and budget friendly way to catch a transient look.