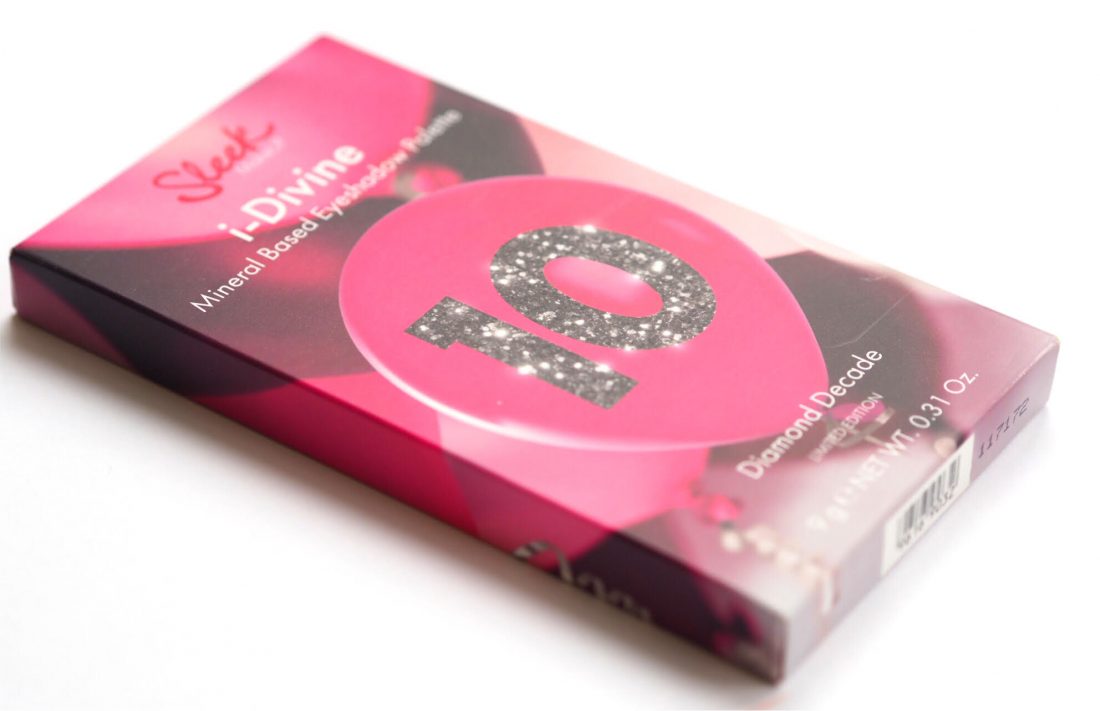 Sleek MakeUP’s i-Divine Diamond Decade palette is a sparkling celebration of their 10 year anniversary. I can’t believe the brand has been around for a whole decade because it still seems quite new! If you’d asked me how long I thought it had been going I would have said maybe five years. I’ve already seen this palette on E-bay and weirdly, it’s on the Boots website HERE for £5.99 and on the Sleek website for £8.99! It doesn’t even say on Boots that it’s an offer so if you want it go now in case it’s a mistake!

As you can see, it’s all about black and pink which is a fail safe combination if you like dark smoky shades. It’s also spot on for the emerging Halo Eye trend where you use matte shades as a background and light up the central part of the lid with a high shine shade. As you can see, it’s all shades of grey in a variety of finishes and tones, from almost black to silvery twinkles and a shot of pink. The above swatch is the top row.

This is the second row. I don’t think, much as I like the colours, that this is Sleek’s best palette – I found the formula quality variable swatching with the supplied sponge applicator and felt the matte shades needed more work for an even blend than most do. However, metallic greys are so right for autumn it could be a good investment to have an array of them and I don’t know of any other palettes at the moment that have this mix. At £5.99 (Boots) I think it’s pretty good value!