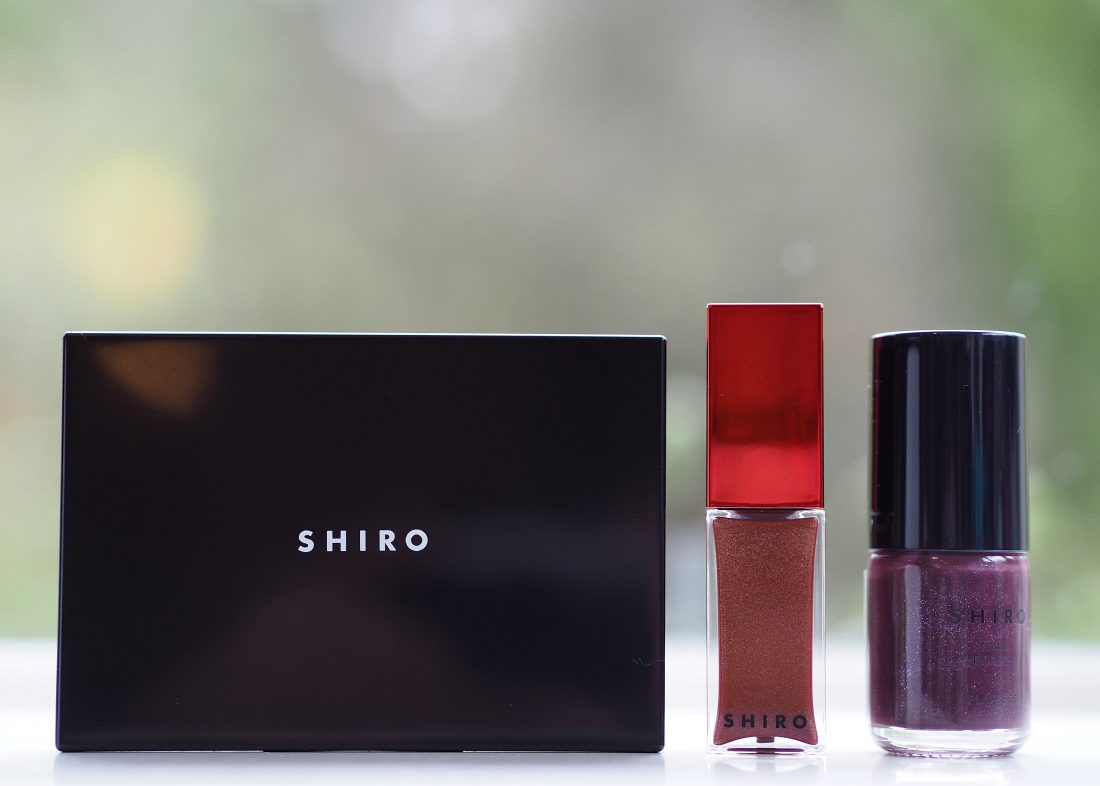 [sample] My fondness for Japanese brands isn’t diminishing any time soon. I often pass the Shiro shop on Monmouth Street in Covent Garden and I featured a few of their products when they launched last year, notably the fabric softener which I used to the last drop and loved the luxury of having beautifully scented clothes. Shiro was founded in Hokkaido, Japan in 1989, initially as a general souvenir shop but soon realised that an abundance of natural resources lent them well to beauty products.

The thing about Shiro is that it is understated in appearance which asks the customer to be curious about the products. That’s problematic in that we are so used to seeing shiny, blingy things that it’s just too easy to pass the less shouty things by. However, the magic really is in the use – I’d never have picked out this palette for example and yet I’ve found a gold hit lavender shade that I don’t think I have ever seen before. The buff shade is one of the butteriest formulas I think I’ve ever used – so smooth it feels like a cream and yet, it’s powder.

Again, I don’t think I’d have picked out this Ginger Lip Butter shade for myself but on application, it feels like silk on the lips and brings all of the light without being iridescent or metallic. I swear the Japanese are the best in the world at lip butters – they understand the concept that a butter and a balm are different things and that the textural difference is key. In my mind a balm is soft and thick, whereas a butter is soft and loose, but not as loose as a gloss or oil. Maybe I’m over-thinking it!

I haven’t tried the sparkling plum shade of Flaxseed nail polish (I’ve wrecked my fingernails and my toes are currently Marian Newman orange!) but I like the modesty of it at first sight. It’s deep enough to be wintery with a splash of twinkles but retains some light. Perhaps it best illustrates the Shiro mood – look harder to appreciate more.

These three products comprise the Shiro Christmas Make Up set that comes with a silver carry bag. It’s priced for the luxury market at £136 HERE, but if you pare anything off to look at singly, I’d recommend the lip butters which appear as singles on the website as Essence Lip Butters in two very light tinted shades, one sparkling and one not. This brand isn’t going to be for everyone but may find its home with those who buy less but better and more mindfully.