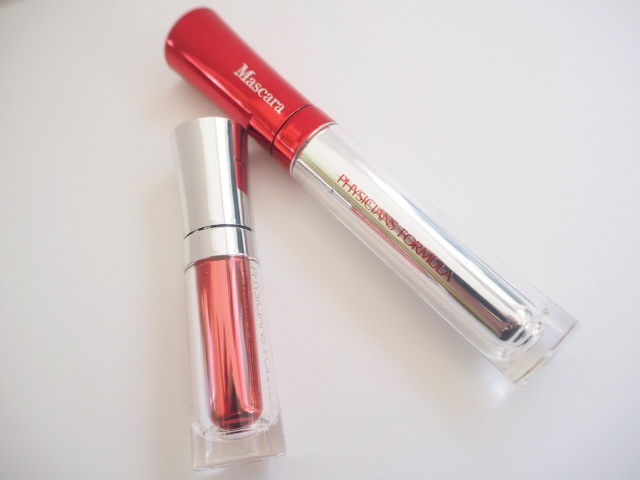 Mr BBB has been in the US for a couple of weeks, so naturally, he had to do some Mrs BBB shopping while he was there. The Physician’s Formula Eye Booster Instant Lash Extension Kit is one of the (many) things he picked up. Basically, he has now, after many years of beauty shopping on my behalf, realised that the only thing to do is present the list to a kind looking assistant who will blitz through the list in no time rather than struggle on trying to find things himself. He’s previously applied the same ‘never ask directions to anywhere when driving’ philosophy to make up shopping, but this trip had him beat. And it took about three minutes of his time instead of three hours!

Now that my lash extensions are well and truly gone, I’m discovering all kinds of mascara that I couldn’t previously do. I always used mascara on lower lashes though, so I didn’t remain completely out of the loop. So, I’ve seen fibre mascaras before but this is my first proper experience of one, and it’s awesome. Contrary to popular belief, lash extensions (done properly) don’t seem to damage lashes or make them shorter or sparser than they were before. Mine, I think, are in pretty good nick considering, but very different without the extensions. With the Physician’s Formula Eye Booster Instant Lash Extension Kit, they were massively boosted, both in thickness and in length. Unbelievably so. Like, OMG so.

As you can see in the picture above, the product relies on tiny little fibres that stick to the basecoat mascara. I don’t know how it is they don’t stick at odd angles, but they don’t seem to, instead lying flat to the lash. However, if you have eye sensitivities, you’ll probably need to steer clear; I don’t have particularly sensitive eyes but even I can tell that there is something there. I’ve also noticed that the volume dissipates during the day, despite a 24 hour wear claim. In reality, Physician’s Formula Eye Booster Kit doesn’t give you the tidiness of real lash extensions but certainly does raise them up to dizzying heights. I’d definitely use on special occasions but would avoid using daily.. those little fibre bits could get annoying really quickly.

Obviously, Physician’s Formula isn’t easy to get here in the UK – it pops up occasionally in TK Maxx, but this product is one to look out for and to beg anyone travelling to the US to pick up for you.