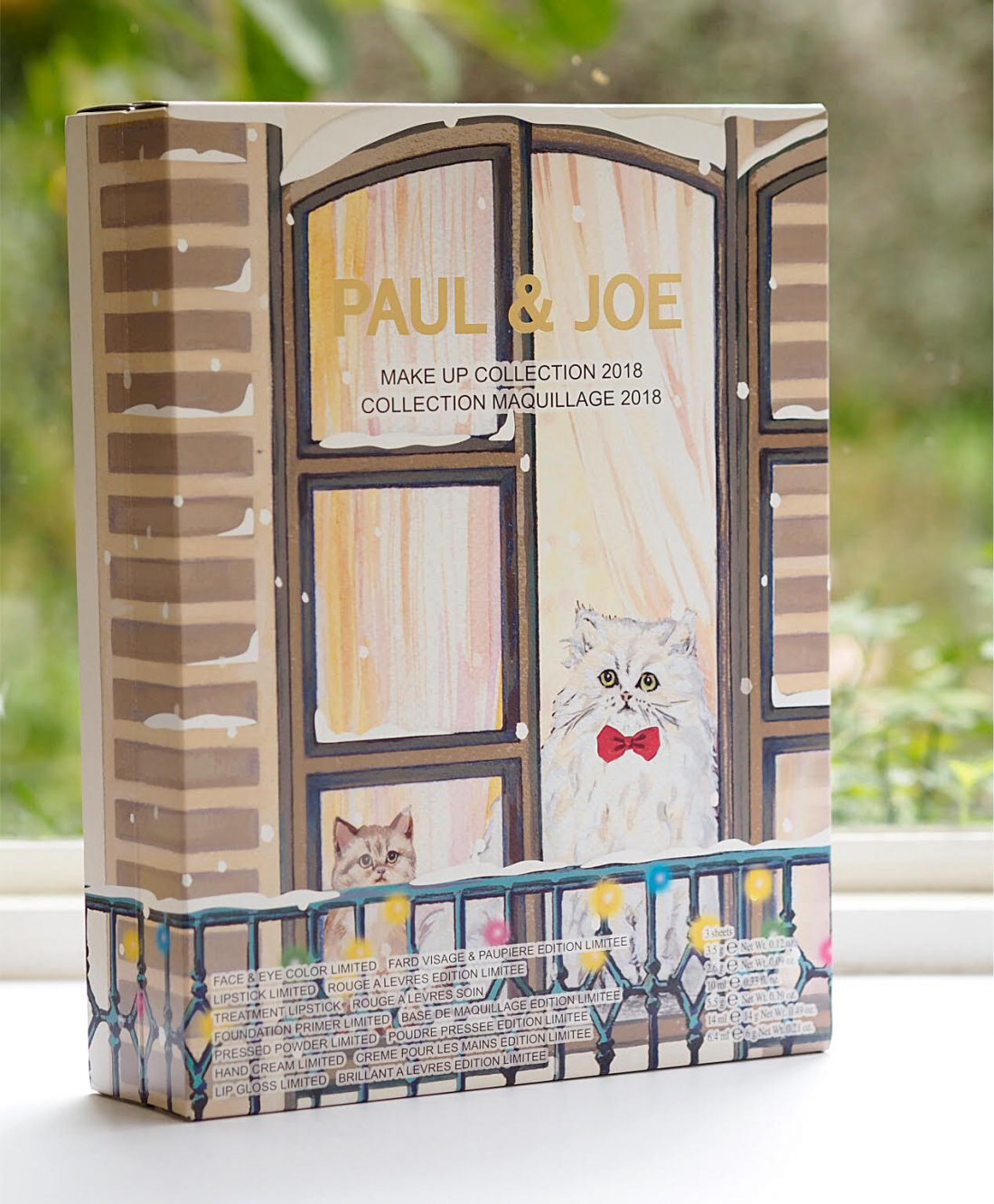 I know… don’t @ me! It really does feel a bit too soon to be talking beauty advent calendars but this year they’re stronger than ever and as I’m such a fan of the Paul & Joe brand I thought I’d give this one an airing, especially as they’ve called it a Beauty Collection, so perhaps it doesn’t quite count as hard (I know it does ;-)). I’m loathe to list out all the contents as it does somewhat ruin the surprise, so I’ve pulled out a few things to show you. Get ready for a cute overload.

So, I randomly opened three doors. The first door revealed a limited edition pressed powder with mirror and puff. The second was that sweet little disc that contains an eye-shadow behind the see-through, decorated plastic cover and finally, in the third was a limited edition lipstick case. And yes, there is a lipstick to go with it as well as the cat-shaped lip treatment.

The stars of the show, obviously, are Paul & Joe co-founder Sophie Melachy’s two cats Gipsy and Nounette (I don’t know which is which!). This launches on 1st November for £56.

I’ve noticed quite an animal theme emerging for Christmas this year – I’m just waiting for some poodle decorated lip balms to arrive.