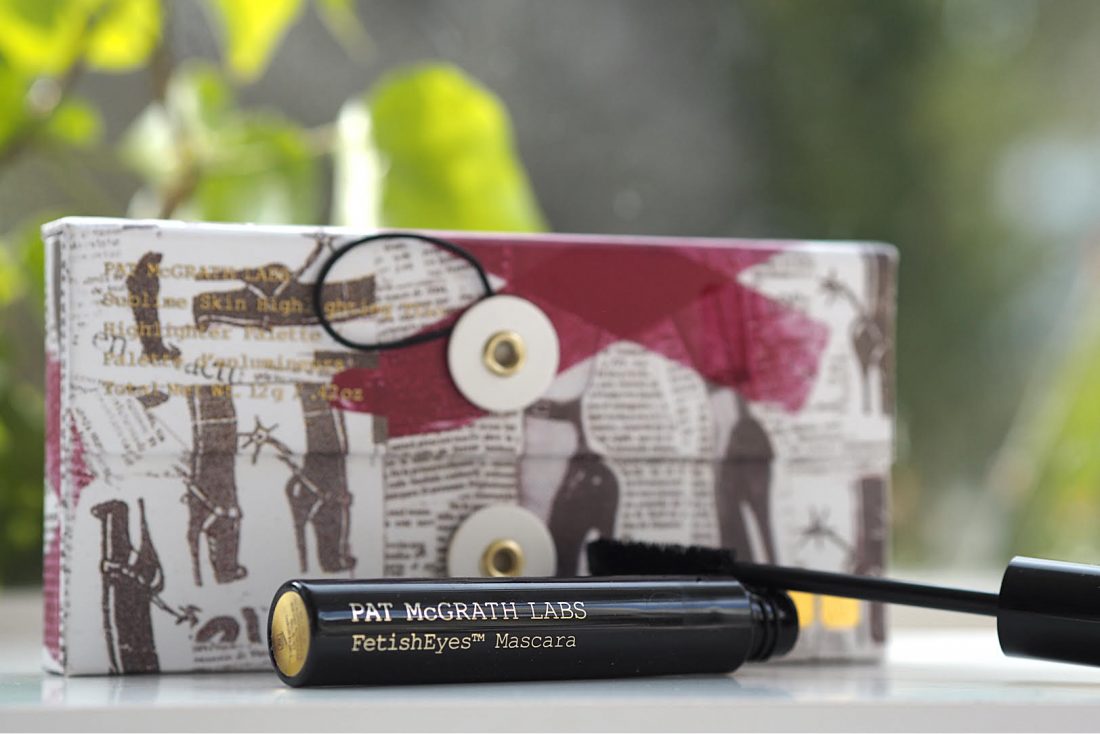 [productsamples/affiliatelink] Well, we’ve waited patiently, haven’t we? If any of this stays in stock for more than five minutes, I’ll be surprised. It’s as sumptuous and seamless as we’d been led to expect and while, yes, it’s firmly priced as luxury, there are parts where the quality will surpass anything you’ve come across before.

I’ll kick off with the Mothership V palette – weighs as much as a small brick and costs £115. My jaw is dropping. But, as you will see in the swatch, it’s quite unlike any palette I’ve ever come across.

I mean – that red! The metallics are so full of light they look fluid. I sort of assume I’m talking to people who already know who Pat is but if not, in brief, Pat McGrath has created make up lines for Giorgio Armani, Dolce & Gabbana and Gucci, she currently overseas Cover Girl and Revlon and is one of the most sought after make up artists in the world. She’s been creating make up trends for almost ever, most of which we probably don’t credit her for but she pioneers so many looks and textures that then go on to become global phenomenons. She’s also picked up an MBE in 2014 for her services to fashion and beauty. Here comes the swatch (actually two, in slightly different lights): 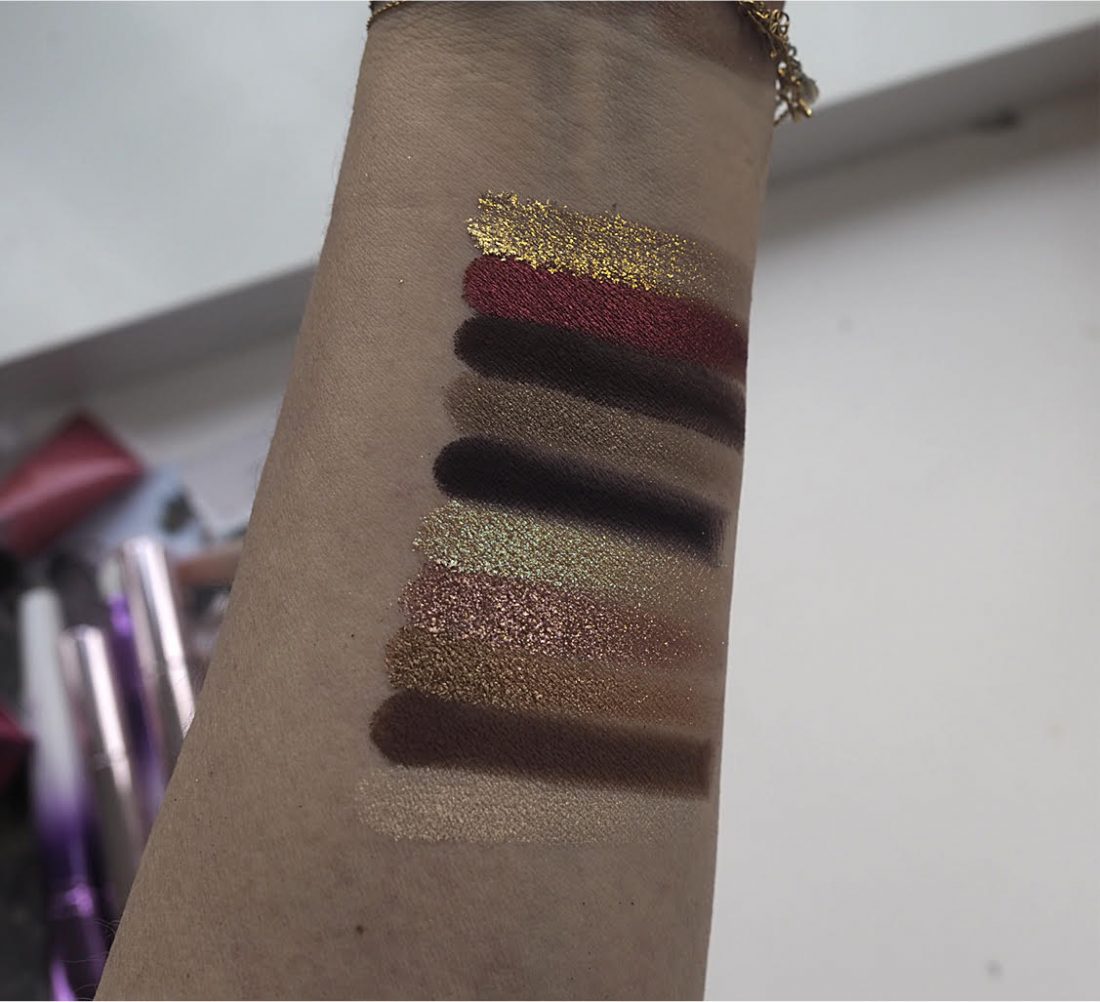 I think it’s fairly obvious that they swatch like velvet – FULL of pigment, smooth, silky to the touch .. I cannot find anything not to like. The palette possibly weighs so much because the mirror is bevelled glass – it’s not one for your handbag, that’s for sure! Anyway, I won’t even attempt to justify £115 other than to say I don’t think you will have come across such quality before and it’s truly an all tone representation. It’s HERE 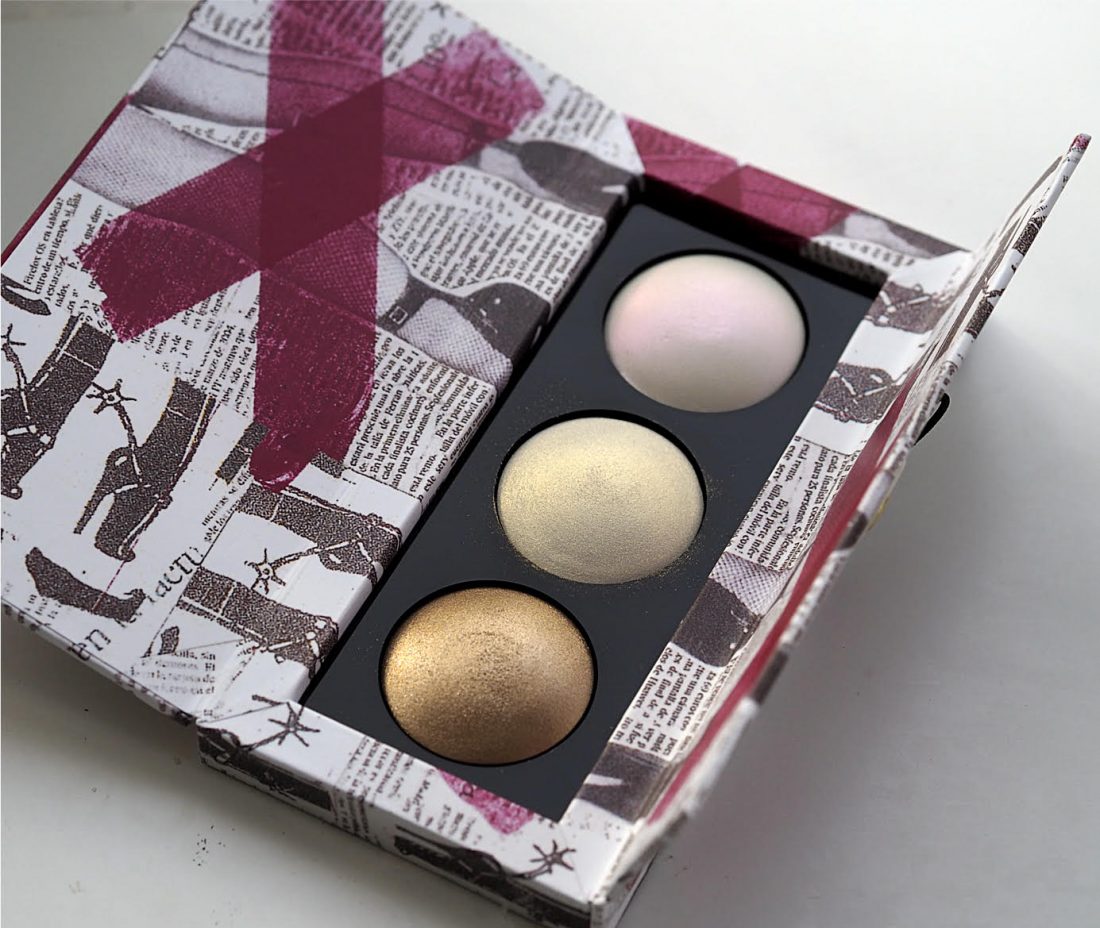 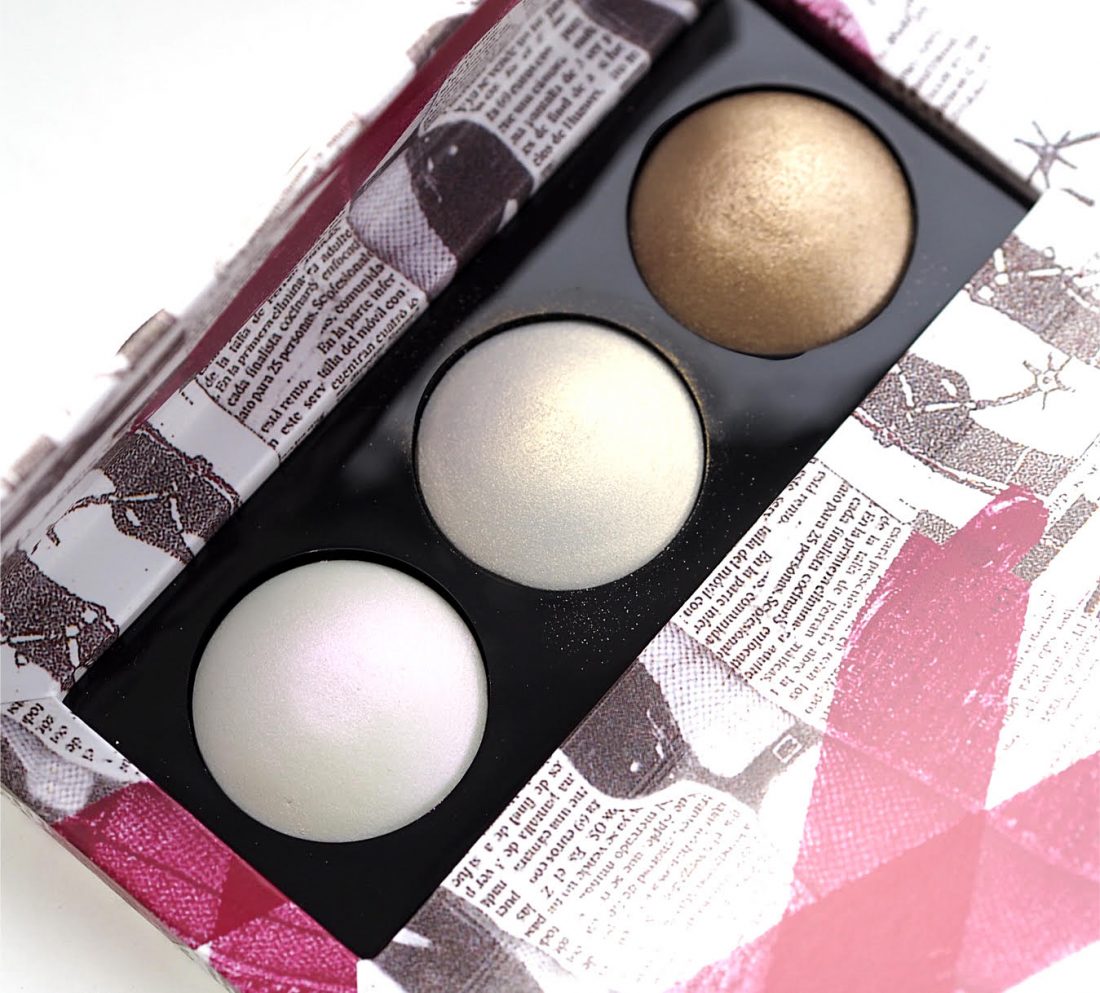 The Sublime Skin Highlighting Trio contains three shades of highlight. They’re like sweeping a constellation across your cheeks so if you’re not up for a very high level of light and twinkle, they’re not for you. Bronze Nectar Fine Gold and Iridescent Pink again span all tones for super polished skin lighting.

I have a couple of the MatteTrance Lipsticks here, but there are several different finishes and textures from this brand, including Sheer Colour Balm and BlitzTrance (shimmery). Of course they’re good! A solid smack of pigment, staying power (it transfers to glass or cups very easily though), depth and dimension. The black casing with gold lips is super stylish and marks them out as very specific to this brand. Although it’s easy to think of the Pat McGrath lipsticks as the entry point, personally, I’d start with the single eye shadows, £23, HERE because I think eyes is where this brand is outperforming anyone else. MatteTrance Lipsticks are £35 HERE. Swatches below:

The bottom shade is Tropicalia and the top, pinker version is Beautiful Creature.

Finally, for now, the Pat McGrath FetishEyes Mascara. It’s £26 HERE. The name sums it up – Extreme Black. Yes, it is extremely black. It’s also lash lengthening and thickening with a squared-off-at-the-end brush that isn’t so big it just skirts over lashes; you can really get in there for an even and thorough coating. While it’s a very solid mascara in performance, it didn’t give me the wows in the way that Dior Pump N Volume did – I’ve never forgotten the first time I put that on! But, it performs on a luxury level as you’d hope.

I’ll show more as and when, but don’t be put off the hype around this brand – these are exceptional products in places, and even where they’re not exceptional, they’re pretty smokin’! I’m so interested to see how much of the luxury beauty market this grabs in the UK – I mean, Huda and Charlotte Tilbury in particular really do have something to worry about here. Pat McGrath Labs is already worth an estimated $1 billion and it’s not going away any time soon. What a success story!