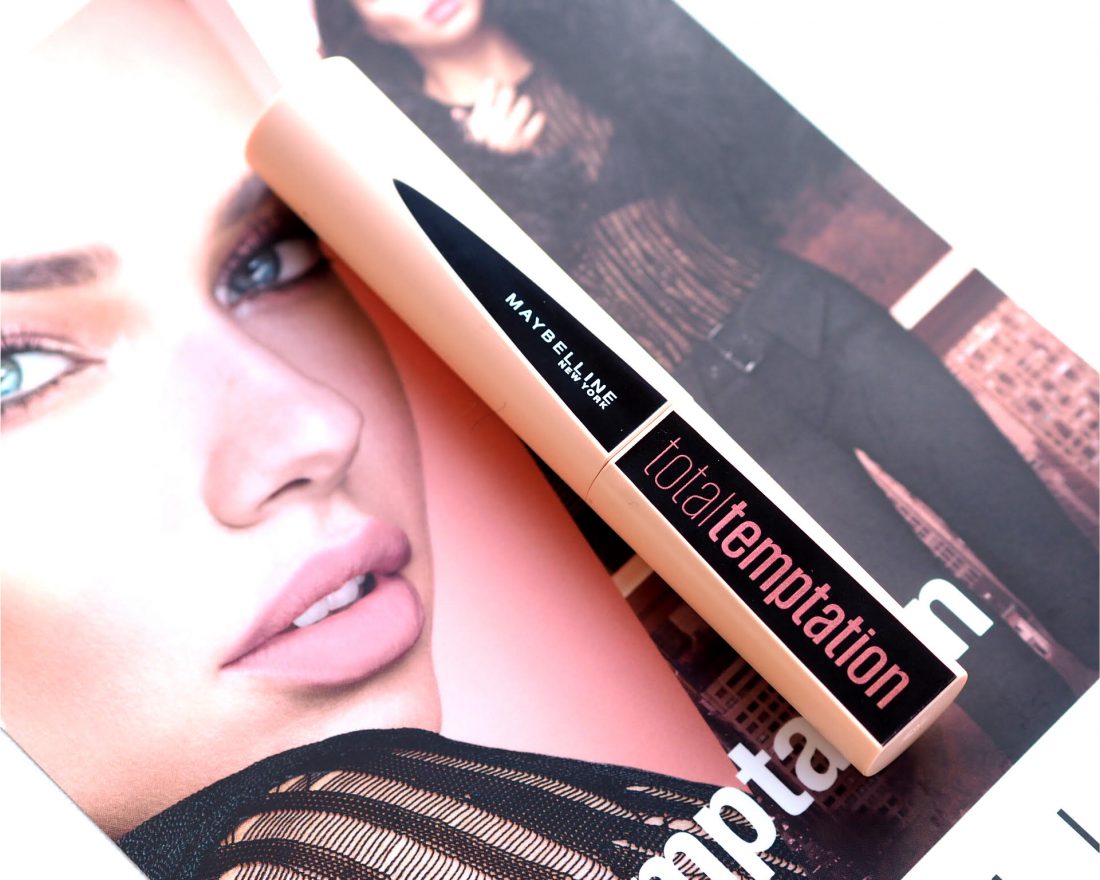 If you like a fat brush and fat lash, your luck is in. Maybelline’s new mascara offering has both and also puts coconut extract into the mix. Personally, I think a dash of coconut oil is lovely in most things but won’t make much difference at all to your mascara. Nominally, it’s a conditioning element, but modern mascaras are usually comprised of lash conditioners anyway (castor oil for example) and the coconut oil lies quite far down the ingredient listing meaning that its in low quantity. I did notice though that my lashes stayed relatively soft while the mascara was on so perhaps the coconut softens the formula – but probably not the lashes.

Maybelline Total Temptation Mascara isn’t great at separation because of the fat brush but it does deliver plenty of product to the lash – after I’d applied it there was definite extra length and volume. If you have a spoolie you might want to comb through between coats to get more separation but if you like a big lash, it’s a great buy at £8.99 and better that it’s on offer as a buy one get the other half price HERE. If you have naturally long lashes you’ll do better with this than if you have short and fine lashes which fat brushes aren’t great at coating. Bizarrely, it’s not clear whether it’s waterproof but I haven’t struggled with removal so I’m guessing not.