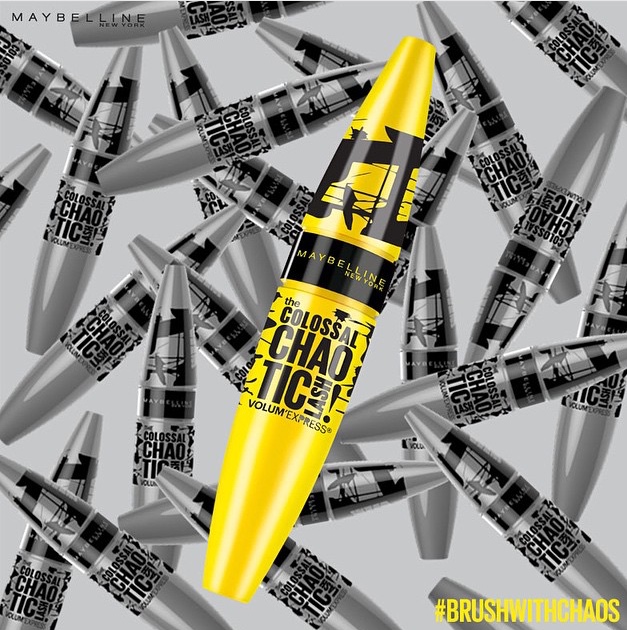 Right… where to start with this! Maybelline Chaotic Mascara is all about an undone lash look… so, erm, messy lashes, if you like. I’ve seen some of the Instagram comments on this product and let’s just say it’s not going down that well so far. In fact, it sort of brought the internet to a stand-still as a collective “really??” happened!

However, I think you have to remember that it’s a transient trend – a kind of late-night, dark Parisian club sort of a thing – I think I’ve done this look many times by mistake anyway (maybe we all have)! However, the brush is apparently designed to be able to tease the lashes into a mess.

I will probably be the only person to say I rather like the disorganisation of it although I imagine it will be in the bargain bucket sooner rather than later. Anyway, it has launched in the US but not in the UK yet.. it’s on its way.

I think many of you won’t remember when Stila (under Estee Lauder ownership) did a see-through coloured mascara – more of a lash glaze really, that was promoted as helping your eyes look pretty, “as though just after crying”. Yes, I totally bought the story and had a romantic idea of dewy, post pretty weep lashes, bypassing the reality of a hot-mess, snotty nosed after-hysterics look. You can still search it under Stila Wet Mascara. I mean, really.. a wet mascara.