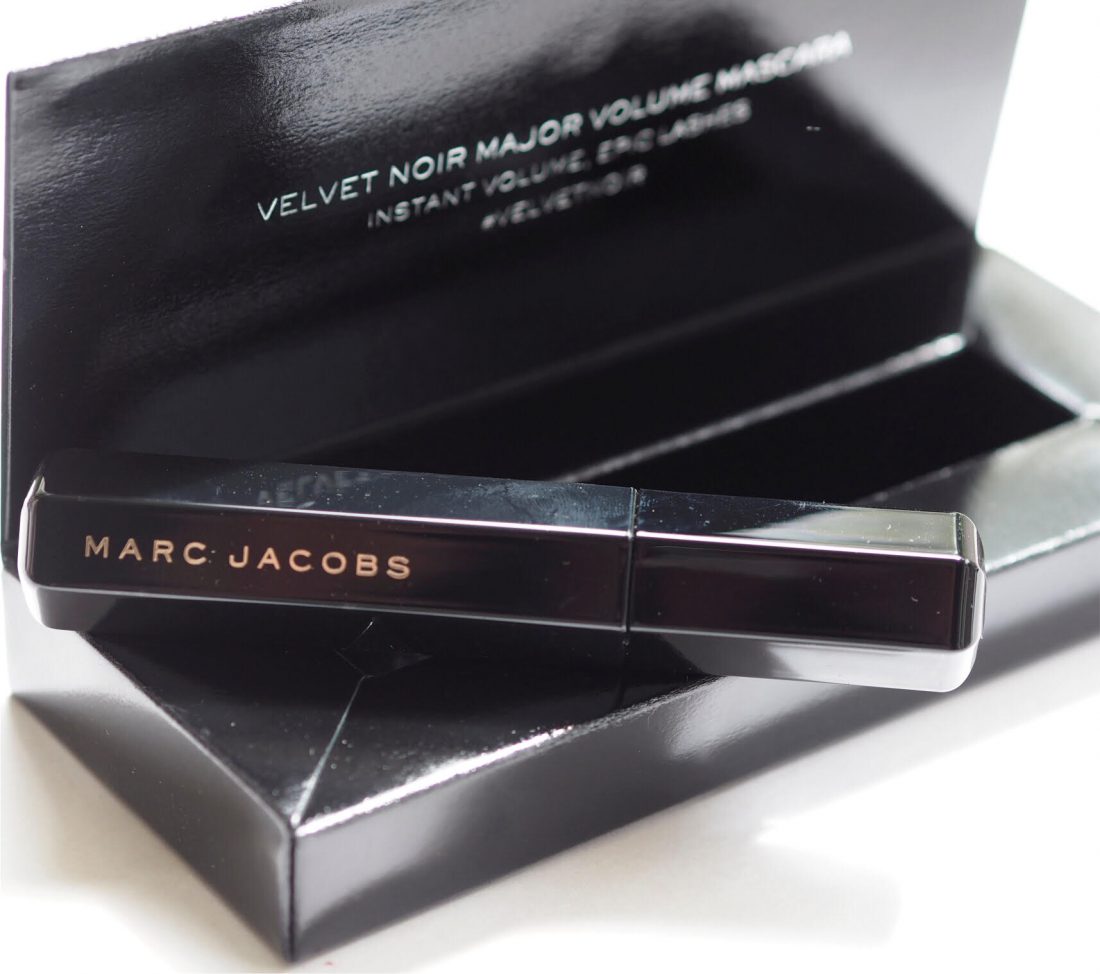 I love the story behind this mascara – apparently, Marc Jacobs’ mother used to shave velvet ribbon to create fibres with which to make her own false lashes. It’s only a sentence but it creates so many vivid pictures of beauty from past times, of family life and of crafting when needs must.

The brush itself is fulsome with plenty of filaments to deliver the maximum amount of mascara to lashes. You need to want a big lash look – separation wasn’t amazing on me with this but it did absolutely deliver on volume. My lashes looked immediately longer after one coat and then ridiculously longer after two. The payback is that they do look heavy – it’s not an immaculately tidy delivery. If you want Claudia lashes, this is your product – if you prefer a neater, less dramatic lash fringe, it’s not for you. Oh, and it didn’t smudge at all throughout the evening that I wore it although I would suggest that by the end some of it had disappeared – there just wasn’t as much mascara left as I started with. I didn’t mind this as the only thing that was going to happen to it was to be taken off but if you want an all day AND all evening stayer,  it probably wouldn’t fall into that –  it’s more a short term drama maker! You can find it at Net A Porter HERE.