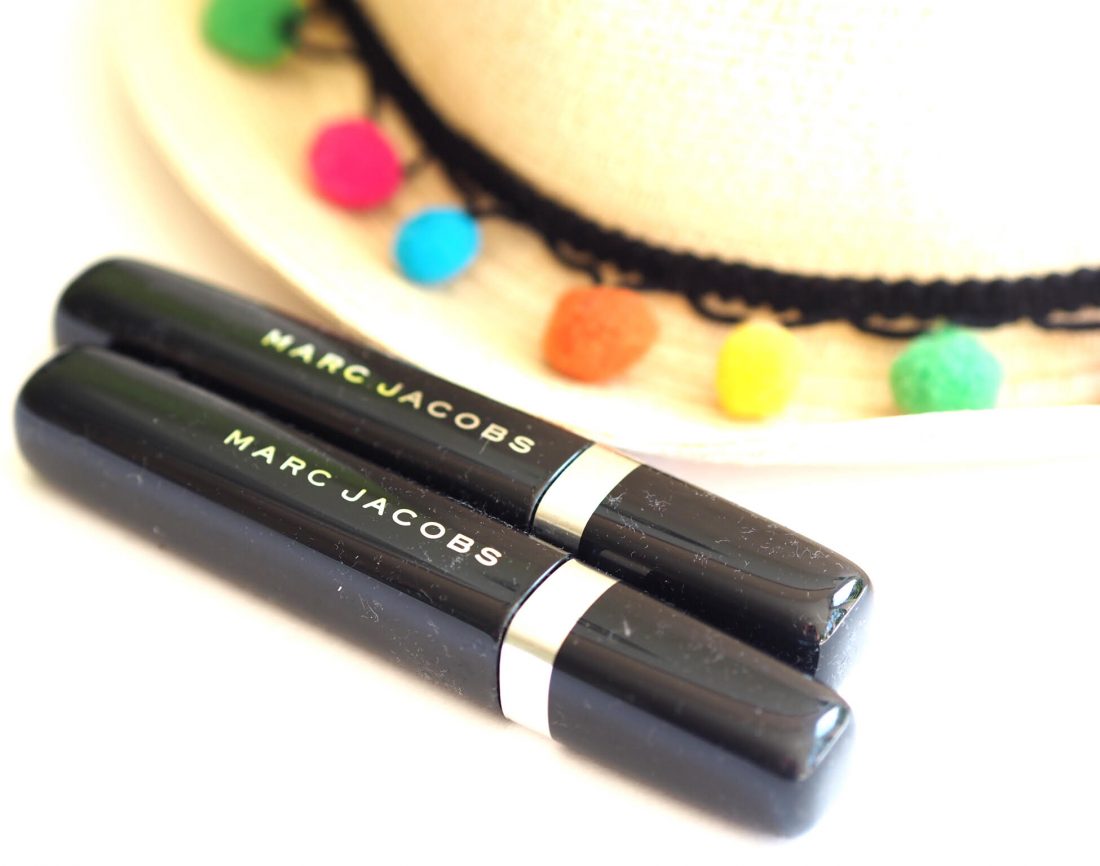 I really didn’t see this whole coloured mascara thing as being a major trend for SS17 and beyond, but when they start appearing as colour extensions rather than limited editions, you know that it’s here for a while. Marc Jacobs has brought out five new colour shades, two of which I have here. I would love to get my hands on Garnet, a deep red shade that is a bit less subtle than Chanel’s Rouge Noir mascara because I have a thing for deep, wine red lashes. As it is, I have Peacock, a vibrant green/turquoise and Think Ink, a bright royal blue shade.

Coloured or not, Marc Jacobs O!Mega Lash Volumising Mascara is a pretty decent formula – I didn’t know that the brush is actually formed by stitching two different brushes together (I find it hard to believe that a new one couldn’t be made… how difficult can it be?). One part is for separation and the other is for volume and curl. Not every coloured mascara is going to look great on an individual basis – I think the way to choose is to go opposite so for blue or grey eyes, look at Garnet and for brown or green eyes, look at Peacock or All About Yves. If you put blue over blue, it can all go a bit Princess Di but if that’s the look you want, go for it!

As you can see, they’ve got a great pigment level (the lipstick swatch is one of the new nude shade extensions which I’m covering in another post). If you’re embracing coloured mascara full on, it’s probably worth investing in one with great last and pigment like these (they’re £22 HERE at John Lewis), but if you’re just playing with it, you might be better to stick with a budget version.