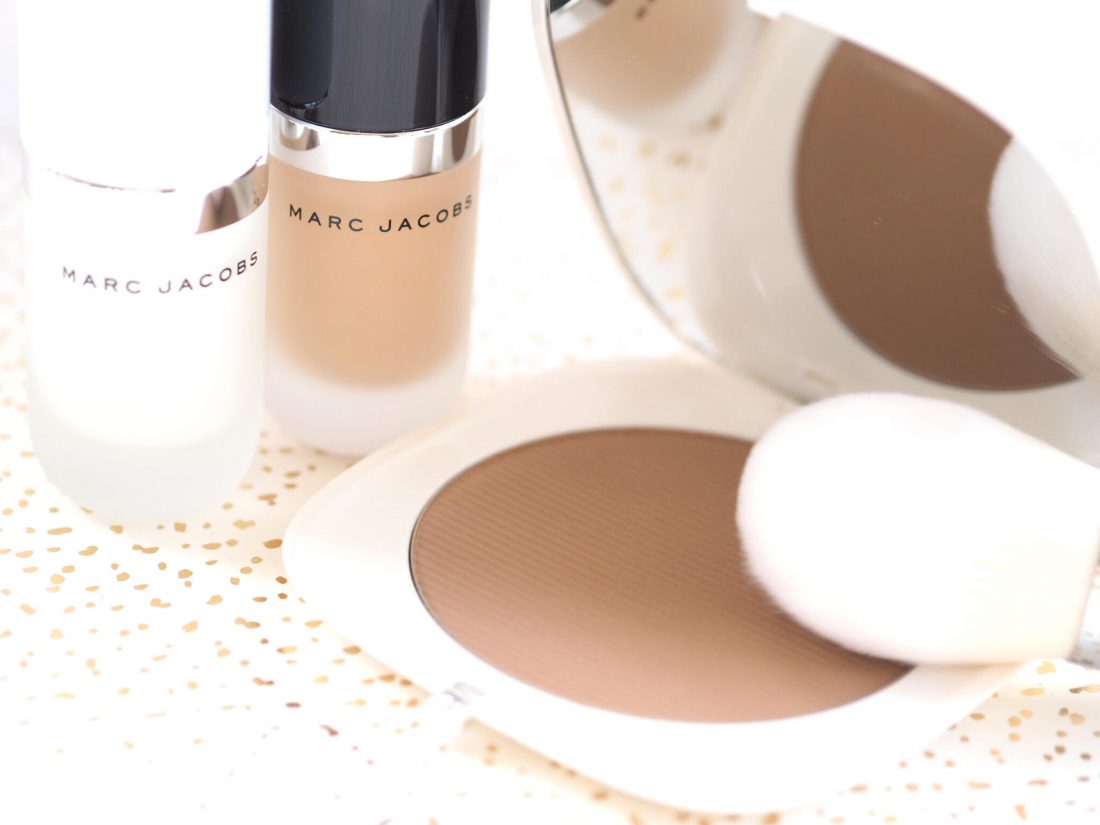 I’ve got slightly mixed feelings on the new Marc Jacobs Dew Drops (£32). It’s got a gorgeous consistency that allows it to be blended with any other product, such as foundation or primer, or it can be used directly as a highlighter. When I tested it neat on my face as a highlighter, I didn’t find it that easy to blend – it dried a little too quickly to get a good fingertip diffusion over my cheekbones.

If you don’t mind a few obvious twinkles when the sun is shining, when it’s mixed with the primer, it truly does give an illumination. It didn’t show through particularly when I applied foundation over the top though. I have been back and forth on this so many times – I’ve tried it alone, mixed with primer and blended with foundation…and still don’t feel sure of it. What I did discover though is that the Under(cover) Primer (£32) is pretty good!

So, it looks like what this is good for is natural skin with a glow boost – weekend makeup maybe or holiday sun-kissed skin when you don’t want foundation, but do want some kind of illumination. When you initially put this on your skin, the gel nature immediately gives a ‘lit’ look, but when it dries off that dewy look disappears leaving you with just the pigment and twinkles to give ‘glow’. I don’t know… there are literally so many highlighters on the market right now that I don’t see what it’s doing above and beyond anything else. Looks awesome – feels average. And I’m disappointed to say that because I am so in on this brand and still obsessed with the gel liners that I tested a couple of weeks ago.

On the plus, the O!Mega Bronze Coconut Perfect Tan Limited Edition Bronzer (£35) is pretty near perfect. It’s not nearly as dark on the skin as it looks in the pan and it’s a matte finish so you can get a decent, all-over bonne mine look with a sweep and no fear of over-doing it. I don’t like powders so I’m a harsh judge on them and this one did not make my skin feel dry at all. It also smells very lightly of coconut. It’s a big pass for me with the accompanying brush (£52) – it’s too big and it’s too heavy.

All of the Coconut glow range features five different coconut extracts; the most useful being coconut milk to hydrate. The new Coconut range has already launched in Harrods HERE.