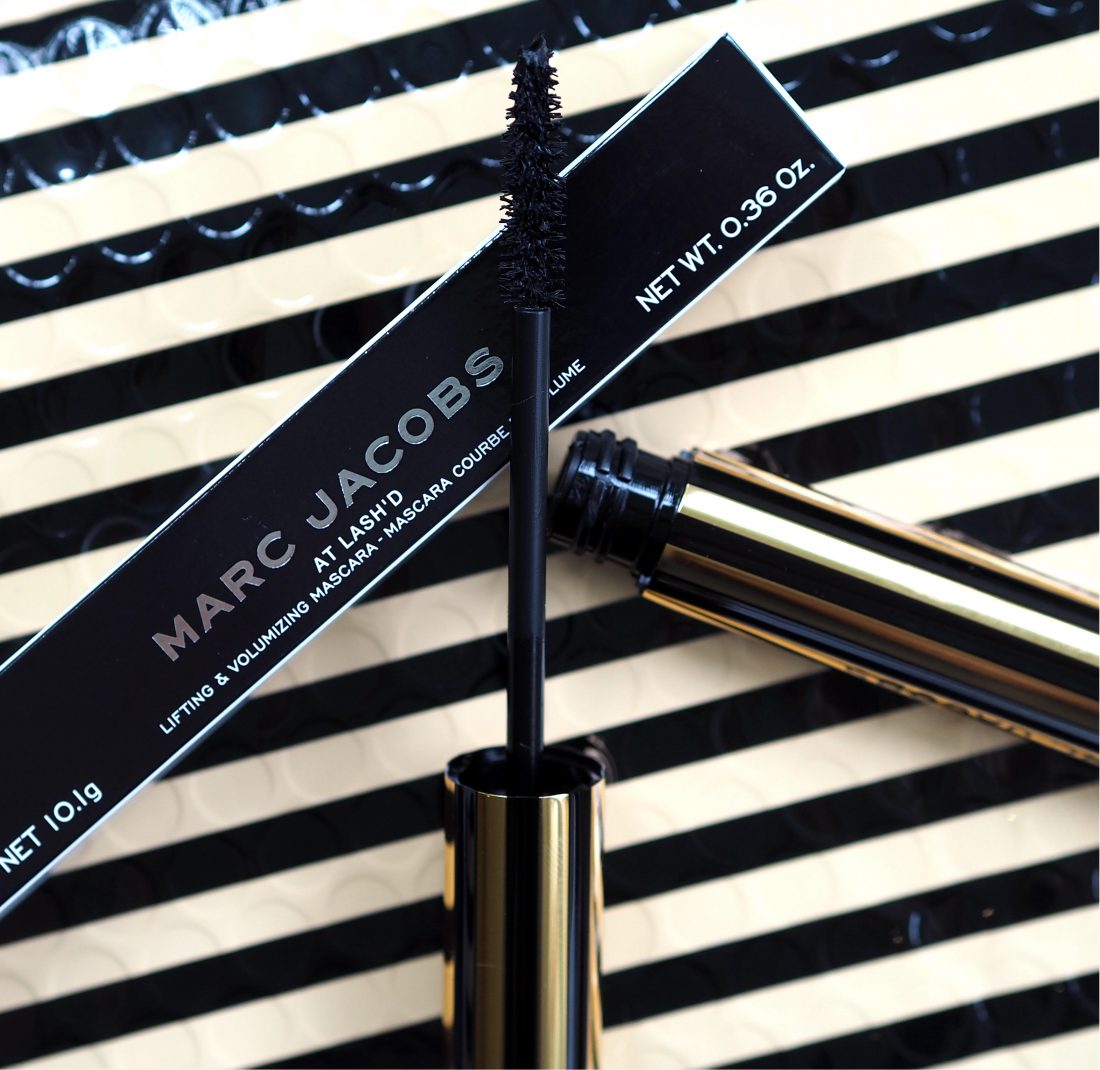 [unpaid/sample/affiliate/ad] More newness from Marc Jacobs arrived last week including a new mascara. It’s funny to think that mascara sales had dipped quite dramatically over the last year or so thanks in part to the rise in popularity of lash extensions and now, with extensions still completely unavailable they’re having a bit of a resurgence.

The brush has all the characteristics of a fat brush but is somewhat thinner than usual which means you get a decent comb through and product lay down (although, in my view, not as separating as a properly thin brush). Most mascaras are enriched with conditioners these days although it’s something that stood out to me because I’m at the point with Revitalash where I ‘think’ it’s starting to make a difference but can’t categorically say, with bare lashes, that it is. Applying mascara is just as confusing because I don’t know if my lashes are longer or if it’s the mascara that makes it seem so. I mean, they do look long and that’s one of the key promises from AT LASH’D. The other promise is curling which I can’t say I found a dramatic difference with although it does hold the lashes well for a more open eye’d look. It’s £25 HERE, non affiliate HERE. It’s smudge resistant (and didn’t smudge on me) but not waterproof.

Next up is Glow Away – a pearly golden highlighter that uses a pliable doe’s foot dabber for application. It’s the easiest possible application if you want light-hit cheek bones. You can also add it into your moisturiser to get an all over uplift.

I’ve swatched it here at intensity and blended so you can see it as it comes out of the tube and how it dries down. It’s £28.

Finally, for this post at least, the Marc Jacobs Brow Wow Duo which features both a tinted gel and a powder pencil.

My sample shade is black which I didn’t check before I tried – I got a much more dramatic result than expected! I found the it a little bit grey which would make it a good shade for anyone with grey hair who wants more brow definition. More so with the gel than with the pencil though so you’d need light, light strokes with that although it’s not the intensity that you’d expect from say, a kohl, and blends like a charm. It’s £34 and comes with a pencil refill.