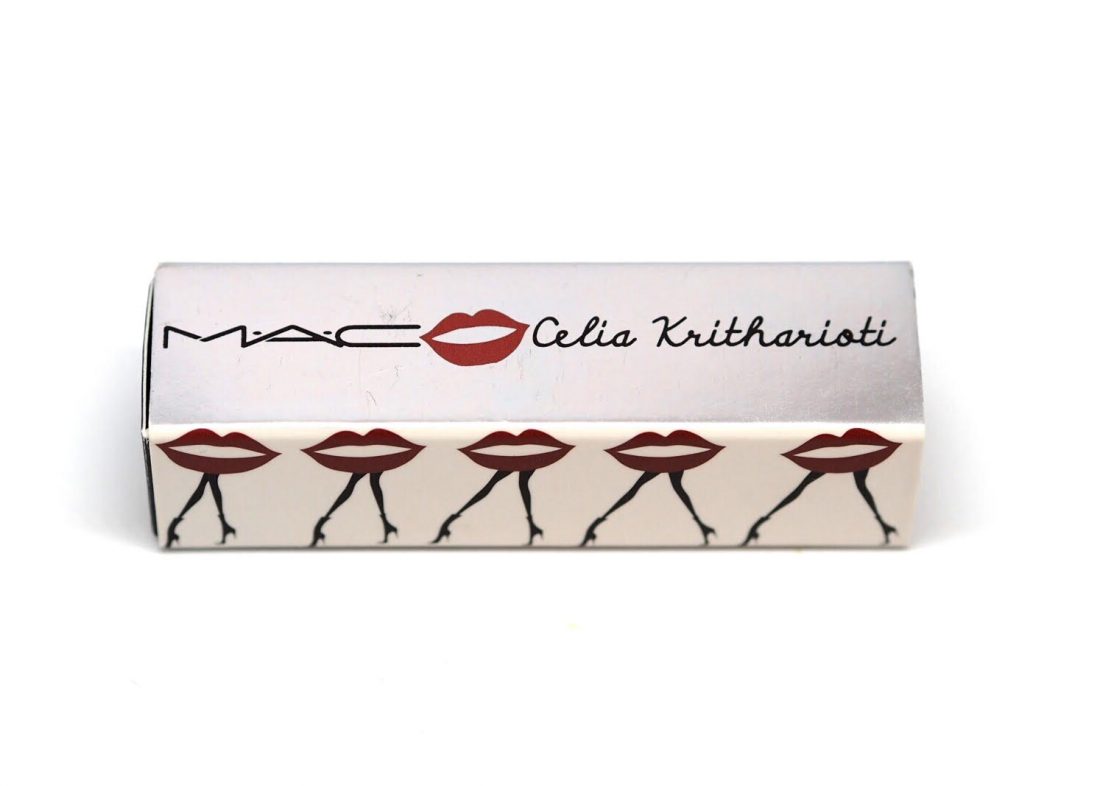 Unless you are fully immersed in fashion world, the name Celia Kritharioti might not spring to the forefront of your mind. She is a Greek couture designer and when this beautifully wrapped MAC lipstick in Craving appeared, I had to do my research. It turns out that this is a feature lipstick on the MAC site in Greece, so it’s all in, er, Greek! But, I’m pleased to have the insight into what MAC does in other markets.

It’s also a chance to look at the shade Craving, which I think, as a creamy mid tone pink, is one of the most suit-all shades that MAC makes. It’s also indicative of MAC being very much on it when it comes to new designers from across the globe – Celia’s first ever show was in Paris in January and new couture designers are few and far between. However, she’s a name to watch, according to Vanity Fair, who cited her as one of the six couturiers in the world worth watching for vision, creations and details.

As far as the Red Carpet goes, Kim Kardashian, Gwyneth Paltrow and Lady Gaga have all taken a bow wearing Celia’s creations. It’s definitely worth taking a look at the website HERE for the sheer impressiveness of construction and level of detail in her work. It’s utterly stunning.