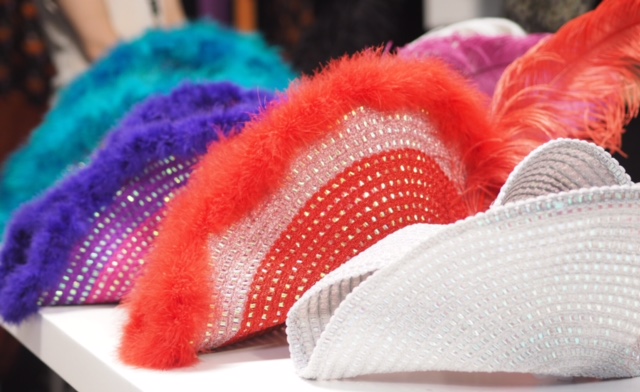 It’s kind of cruel that we’re sitting on the edge of autumn and all these beautiful spring (2017) clothes are being shown! I’m new to Ryan LO shows but he uses the theme of romantic fantasy across his creations. In this show, there were so many references – from magic carpets and jewelled turbans to the Ottoman Empire and kawaii. Seriously, it was fun – I didn’t feel I’d seen just clothes and makeup, I really felt I’d seen a colour burst show.

A precise cupid’s bow was drawn with a lighter pink in-fill on the lips. I know it’s strange, but it worked so beautifully in context with the clothes. Sometimes, you go to shows and you just don’t get any correlation between the make up and clothes but this all tied together perfectly.

It was tighter for space than usual this time – teams of nail artists (Marian Newman creating the ultimate bling nails – I discovered that she never glues directly onto nails but instead uses a backing sheet called nail protectors and does her designs directly onto those so models can peel them off post show), hair stylists; you can probably see there isn’t an inch to spare.

Clothes are pre-arranged by outfit so all the models have to do post hair and makeup is slip into the whole ensemble.

It was great to see this outfit come to life on the catwalk. One thing to note – no open-toed shoes, so that was one less thing for the nail artists to worry about.