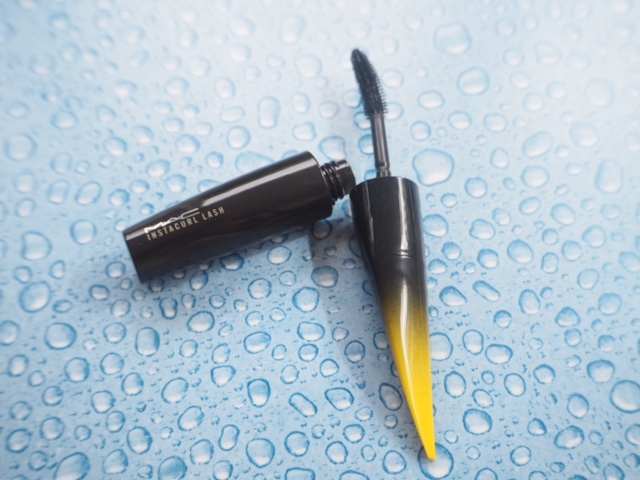 I’ve yet to get an official date for MAC Instacurl Lash – the latest mascara offering from MAC with a brush that bends. I love the formula and the brush on the previous mascara, MAC Pro Lash Twisted Mascara (HERE) which was MAC’s inital foray into ‘bendy’ bits with a bending wand (I don’t use the twist aspect but still love the actual mascara) but now they’ve upped the ante with an actual bending brush.

….and end like this. I know… no sniggering at the back (I’ve code named it banana mascara). There are enough mascaras with a curved brush on the market that if you want a curve it’s easy to get. There’s something quite weird about the mechanics of it – twist a certain section of the casing and the brush goes from straight to bendy and vice versa. I think you’d need to be obsessive about your mascara application to require this degree of flexibility from one brush. Bendy wand, I kind of get, bendy brush, not so much.

Plus, I think it’s aggressive looking! What do you think? Bendy or not bendy when it comes to mascara brushes?