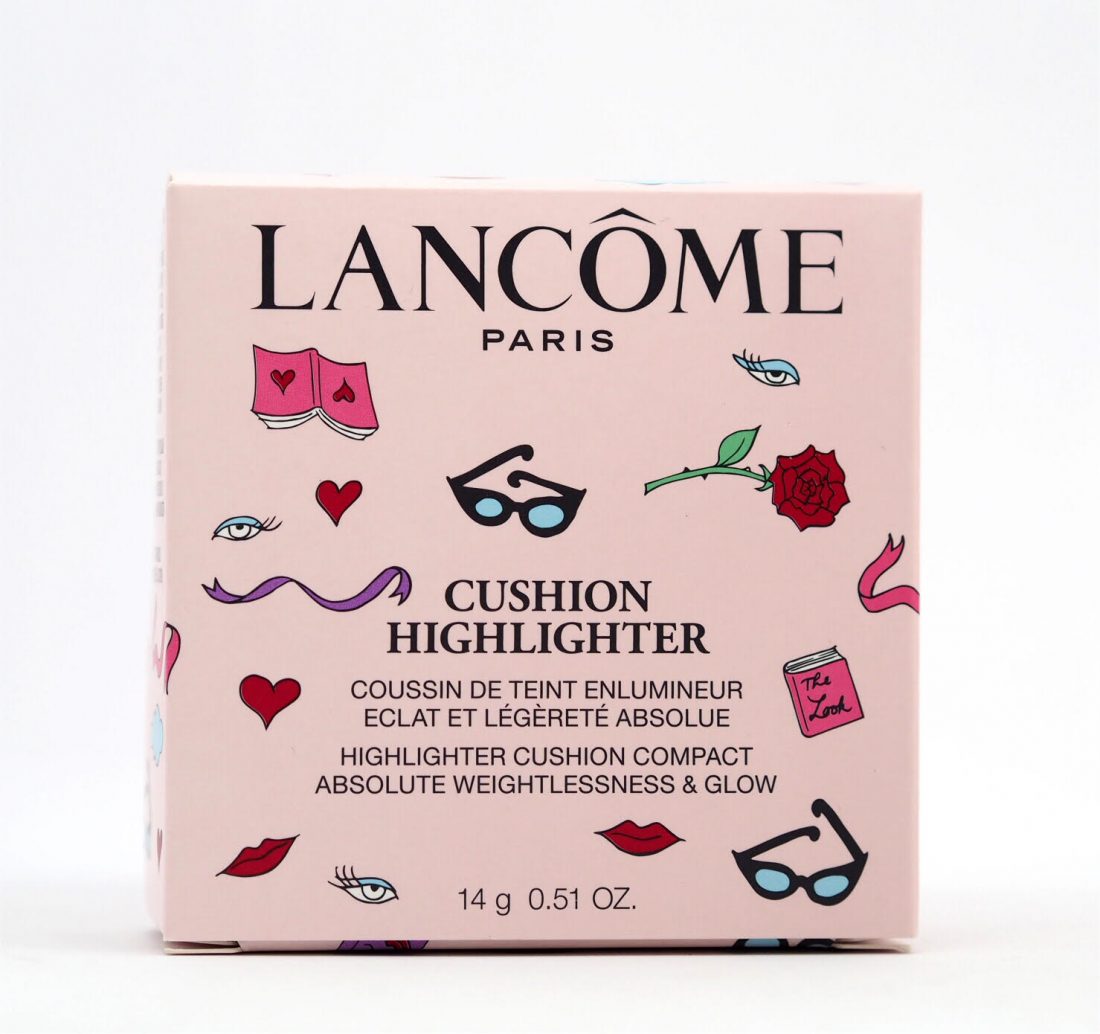 I would love to be able to show you more of the Lancome Olympia Le-Tan collaboration because it’s an absolute joy, but I have one single precious sample here (I’m guarding it like it’s a bar of gold!) and the range hasn’t launched so I can’t even buy any of it. I think it will sell out pretty fast – it’s more than living up to the promises when this collection was first announced. I’ve got the Cushion Highlighter here with the Olympia badge on top making it tactile and springing the packaging to life.

I wouldn’t say this a predictable collaboration but thinking back to the Alber Elbaz collection, Lancome has history of going quirky and unexpected. French designer, Olympia Le-Tan produces gorgeous bags that are hugely expensive so the fact that you’ll pay a fraction of the price for piece of her ‘art’ is rather tempting.

As far as the Cushion Highlighter goes – I have no complaints other than the sponge isn’t the best way to apply it. The formula is fluid and blends beautifully with a brush and adequately with the sponge. It’s not an ultra-glowy highlighter because it lacks the metallic elements that we’ve become used to seeing – it’s more of a gentle light for cheeks and high points of the face although I notice some tiny twinkles. I like it – I would definitely wear it (wearing it right now actually).

The swatch doesn’t tell you very much I’m afraid but the product is a nice addition to a finished face just to add a bit of light-catchiness without going overboard metallic. As far as I know there are two L’Absolu Rouge lipsticks, two Artliners, three Matte Shakers, four nail colours and a topcoat, along with La Palette D’Olympia for cheeks, lips and eyes that I think will sell out first because it’s the most Olympia branded. It’s launching this month but I don’t have an exact date or prices.