Isadora Get The Glow Collection 2 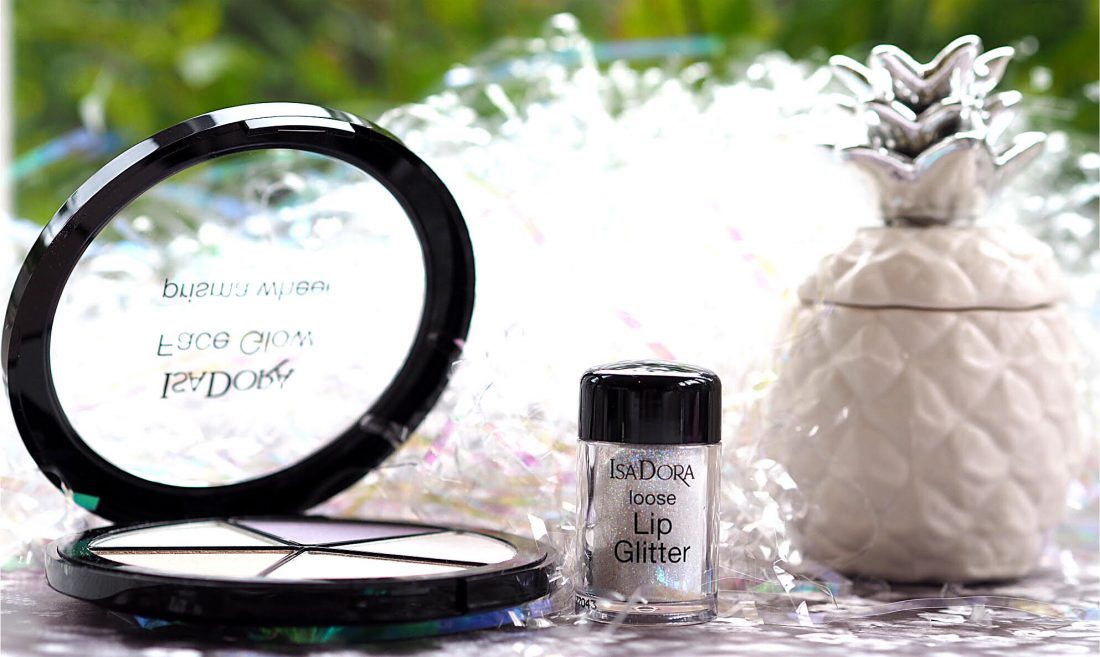 If you’re looking for next level irridescent lip glimmer, then it’s right here, but it requires a bit of effort.

The good thing about mixing the Isadora Lip Glitter with a clear gloss for a holographic effect is you’re in charge of how much goes in the mix (you can also dab the glitter directly onto the gloss while it’s on your lip, but I think I like the idea of controling it more by pre-mixing). The Isadora Glace is quite a ‘stiff’ texture so it doesn’t disappear too easily.

I’ve done quite a light mix for the swatch but the weightless micro glitters are very obvious and ultra light-catchy even at this level. You could actually use this glitter anywhere I think and to remove, you’re better off using an oil cleanser than anything else.

Finally, the Face Glow Prisma Wheel comprising five rainbow highlighter. Personally, I found them a bit dry feeling  – and compared to the rest of the collection, actually bit subtle! But, this is a much more grown up and subtle way to do the rainbow highlighting and the shades can also be used on the eyes. Assuming you’re not heading to a festival as a unicorn, these can be dusted very lightly as a highlighter would be just to catch the light a little.

Now that strobing has gone iridescent for this summer, if you’re still a strobe fan, then I think it’s a useful palette but might not quite be as high beam as you’re after. The collection launches this month at Feel Unique but given that the Isadora Nail Chrome powders I featured at least a couple of weeks ago (amazing) still haven’t made it onto the site, don’t hold your breath.