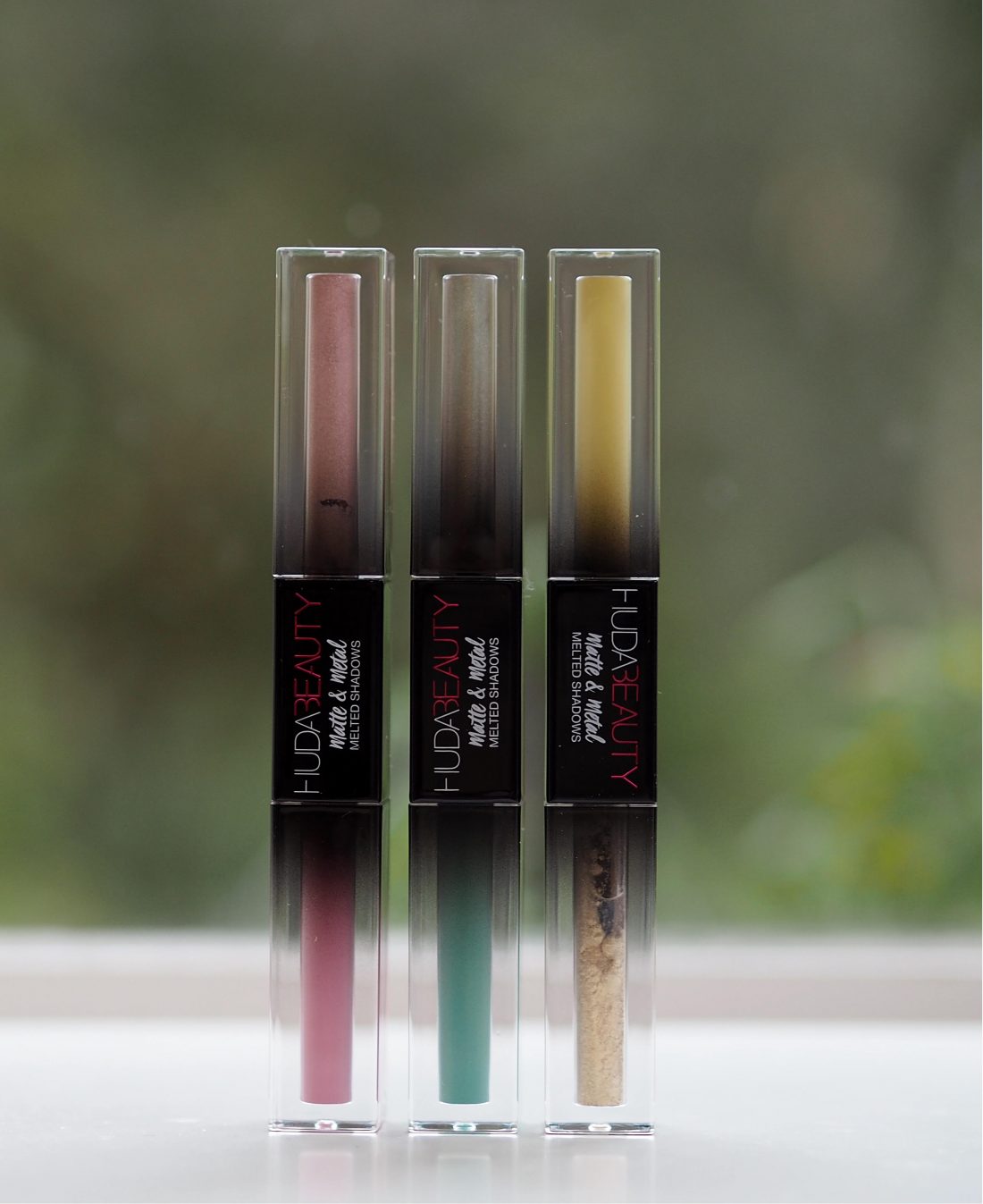 [sample/affiliate] I’m going to sound like the Grinch, I know, but it’s so inconvenient having New Year in the middle of the week just when I’m getting back into the flow of things and really wanting to be here instead of making  merry all over again! However, there’s just time to squeeze in these Matte & Metal shadows from Huda Beauty which, when I first saw, loved, then on reflection didn’t like at all and now I’m somewhere in between.

On one side, you get a pastel matte shade that’s intense and almost veers into stage make up territory because it’s so pigmented. And weird shades. On the other side, you get a liquid shimmer top coat that you could wear alone or over the top of the matte. It’s a strong look!

I guess that you could create a mix of the two and apply that. The thing I’m not sure about is the applicators – they’re not accurate enough and personally, I would need to apply with a brush in order to get the precision required for such a dramatic look – one wobble in the wrong direction and you have to start over. Less so with the brush for the shimmer end – which by the way is VERY shimmery; I’m just about to step out to yoga knowing I’ve got sparkles all over my face despite cleansing – which you can use to spice up any base shade. It’s really pretty if you like a shimmer lid – enough to make its mark but not so much it overpowers the base. It’s when you see the swatches that this collection makes sense – it IS dramatic, it IS over the top and it IS impactful and that’s exactly what it’s supposed to be. It’s for the creators not the safe zoners (like me!) and really quite glorious for it. I won’t wear it but I’d greatly admire those who do.

See what I mean? It’s Mardi Gras, Ru Paul and Care Bears all rolled into one :-). The first shade (yellow) is Limelight, followed by Minted followed by Wednesday. Harrods has them on sale for £11 HERE whereas everywhere else they’re £22. Non affiliate HERE.

Anyway, happy new year – see you the other side 🙂 xx