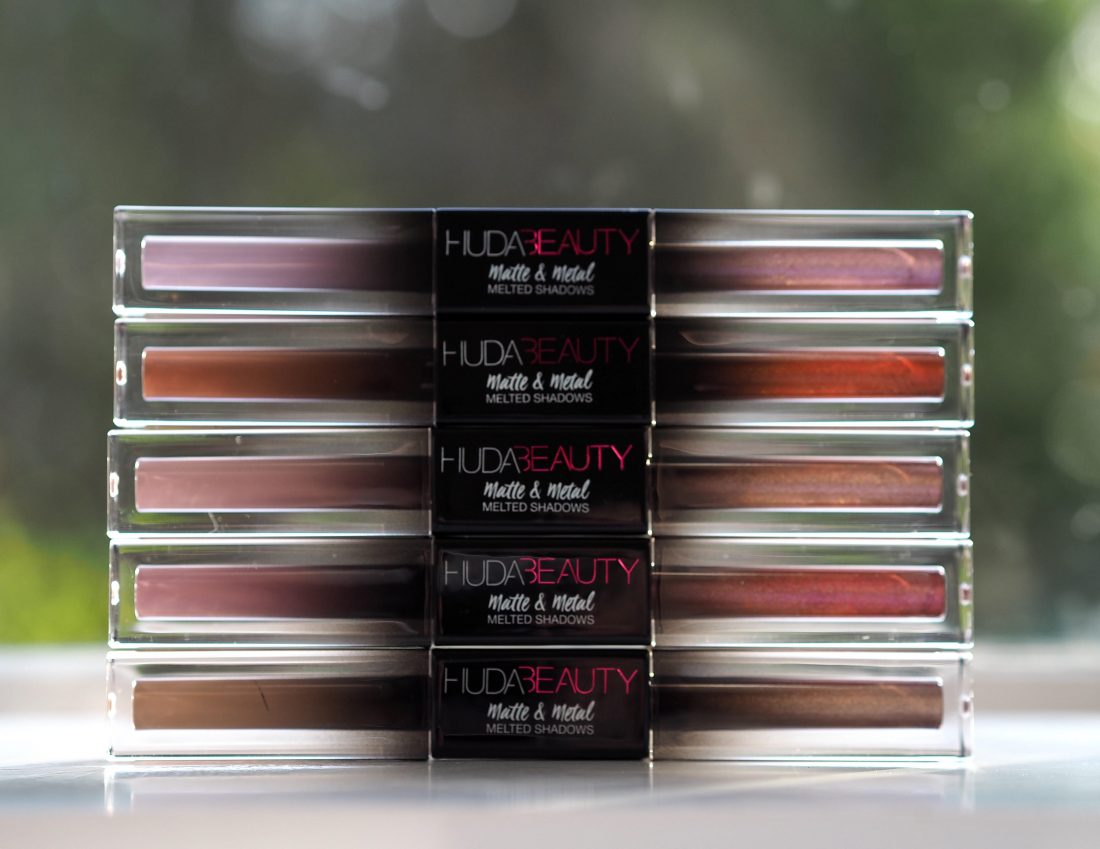 [samples] It doesn’t seem long since I reviewed the last lot of Matte & Metal shadows but I was late to see them, so the next and newest colour selection has come around quickly for me! Actually, I think this selection is much more wearable and less ‘statement’ that the pastels although they’re still hugely pigmented and strong.

The idea is to use the matte colour for an intense lid and the metallic for a line however you wish to do it – as someone who is beyond useless at liquid lining, I’ve tried it as a wash over the matte. In both cases, I used an eye brush rather than the tools provided – a generous amount comes out onto the applicator and I felt more in control using a brush. The mattes go on so beautifully (with a brush). As you might imagine, a little goes a long way so when you see the swatches, they’re not as strong on the lids unless you want them to be. My test was with Cashmere Rose (right at the end) and I fell for it straight away – it’s a kind of mushroom colour that’s right up my street. On me, it lasts and lasts.