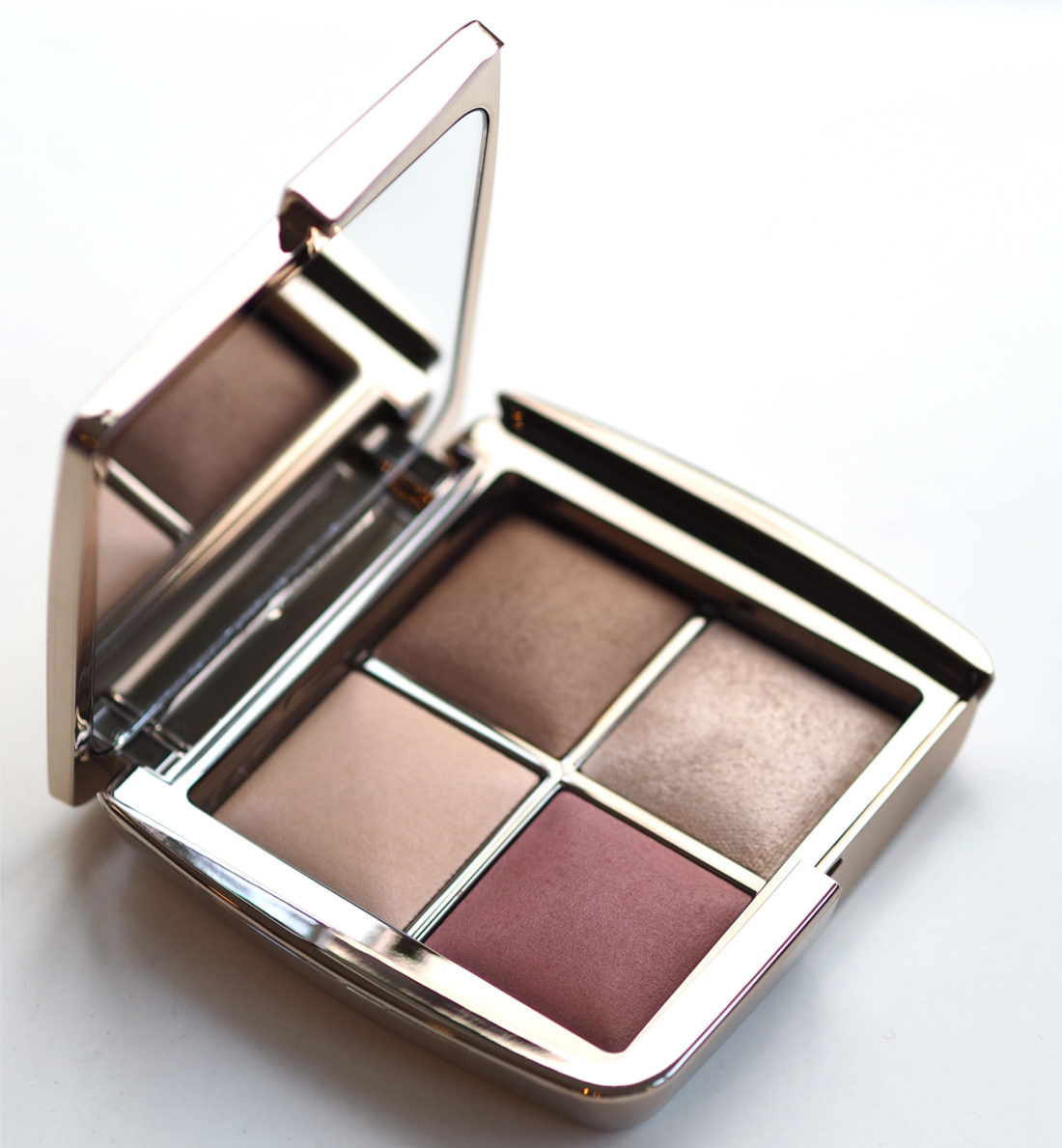 [unpaid/sample/affiliate/ad] Despite it’s title, there’s nothing ‘mini’ about this quad which contains four favourites and it’s part of the ‘unlocked’ collection which donates 5% of profits to the Nonhuman Rights Project.

As we know, the Ambient Lighting range focuses on bringing light to the skin – and it does (although without a ring-light it’s hard to capture in swatches and I’m still refusing to work with one). Are they doing it any better than the millions of highlighters available currently? Hard to say but they’re definitely quality powders.

I like the pillowy nature of the shades and you can layer and blend, of course. This is its third appearance (perhaps it’s just a Christmas special that comes out once a year) and is cheaper – although not cheap at £57 – than the six pans although if you have one of those already you are covered off .. this won’t bring anything vital. It’s interesting to see how this brand is messaging to vegan luxury seekers…and in the make-up sector, there is certainly room for that as its a growing trend more catered to at the lower price end of the market. If you’re not quite Goop, but do hold ethical beliefs AND want luxury, you have it in this. Oh – and I’ve just seen that Harvey Nichols has it for £48.45 HERE, non affiliate HERE.

Next up, the Hourglass Confession Duo featuring two limited edition shades – Cranberry and Deep Rose. The big feature here is that they’re refillable which chimes very nicely with sustainability.

Both shades can be interchanged within the main body which has something of a stylish ink pen in design. The finish for both is satin and my goodness – they are very highly pigmented. As you would hope, they are feathery light on the lips and yet look so saturated that it’s hard to believe that level of colour can come from what effectively feels like a veil. In terms of last, I have only tried one but took it off before the ‘last’ became apparent. General rule though is that long last lipsticks last as long as you let them – if you don’t eat or drink or lick your lips you’ll get amazing last, other than that though, just reapply and live your life! I’ve also yet to determine what the term ‘last’ actually means – is it that there is a trace left after, say 6 hours, and that counts as last? Or is it a full bodied last? Nobody knows but I suspect it’s the former. Cult Beauty has this for £32.90 instead of £47 HERE. One of the benefits of slow post is sale prices!