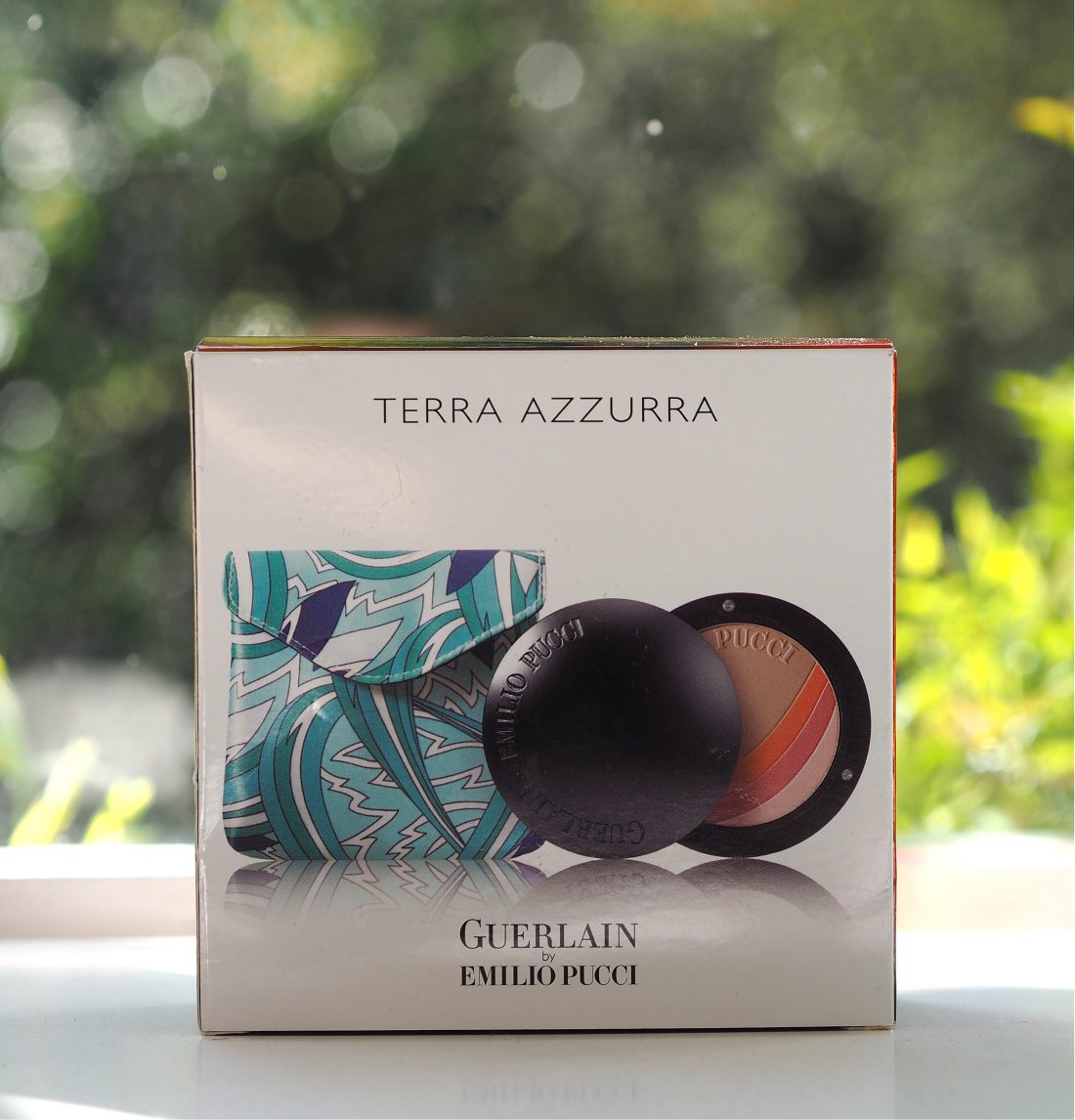 I am frequently finding, just as I pronounce a certain thing as ‘my favourite’ that I then unearth another thing that feels even more ‘favourite’! It’s happened with every brand so far, but I do think I can stick to my guns on the 2012 release from Guerlain with Pucci.

Olivier Échaudemaison was the creative director at the time – and still is, as far as I’m aware. Natalia Vodianova was the face for this – I met her in Cannes on a brand trip a few years earlier when the ‘star’ that I was sent to interview threw a hissy fit and refused to meet journalists. So we all ended up interviewing this very sweet young model who was only just rising to fame instead of the celebrity model who by that had stomped back to her room. Natalia, who had this thrown upon her was a delight. Subsequently, one career went one way and one career went the other way – and I’ll say no more!

As you might imagine from the look, the inspiration comes from Portofino (which I finally got to last year – the most money I’ve ever paid for a diet Coke was spent there!) on the Italian riviera. The fabric mimics the sky and sea while the bronzer inside replicates earthy tones and terracotta.

It’s actually the second collaboration between Guerlain and Pucci (could we have a third please?!) – the first arriving in 2007. It wasn’t, in my opinion, as impactful and evocative as this and appeared in varying degrees of pink. There’s something about swimming pool colours and terracotta together that is unbeatable. The Pucci print, by the way, is adapted from an archive print called Winter Capri.

This is only 8 years old but it’s sort of timeless – I don’t think you could date it reliably unless you absolutely knew. I’d love to see another collaboration between the two brands. The compact was £48 (ish).