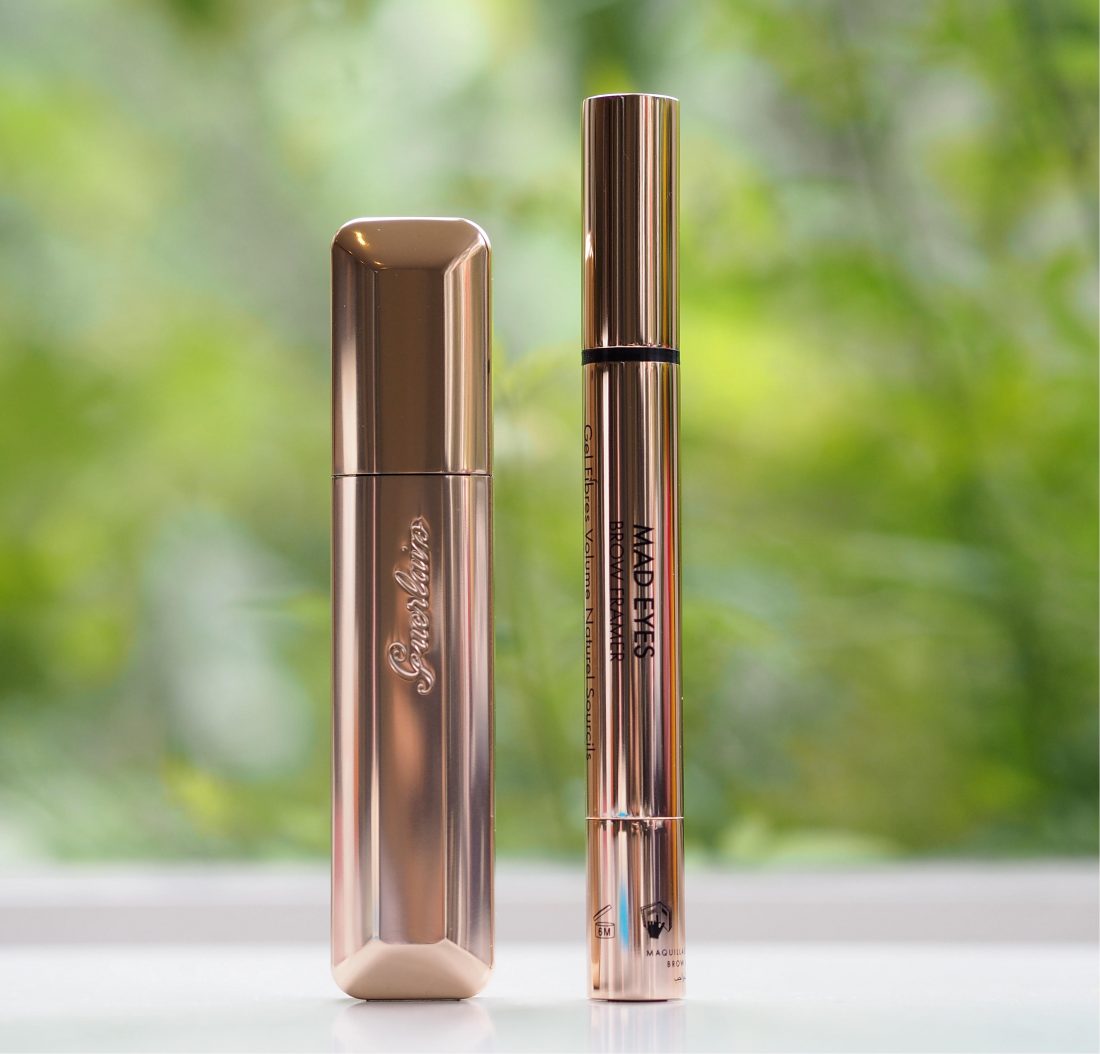 [unpaid/sample/affiliate/ad] I’m not sure that ‘mad eyes’ translates globally as well as it might – it’s not the compliment in the UK that perhaps it is in France. However, I am really a big fan of a Guerlain mascara and often think their offerings go under the radar more than they deserve to.

My favourite Guerlain mascara is Cils d’Infer Maxi Lash which I will pick up nine times out of ten (occasionally swapping out for Benefit Bad Gal) when coating my lashes. I like its reliable depth of black and that one coat gives a fulsome lash line. Mad Eyes is a volumising version that allows for buildable coats without making lashes feel or look crispy. The brush is different to Cils d’Infer – it’s fatter and shapely although still nicely eye-sized so you won’t feel intimidated by a broom-head veering towards you.

At the same time as the arrival of the new mascara, comes the Guerlain Mad Eyes Brow Framer. It’s a fibre-filled, coloured brow gel (3 shades) that arrives, after twisting the opposite end, through a rounded ‘comb’ that you brush through your brows depositing gel as you go along. Now, if you have a full brow, this will amplify what you already have but if you have sparse or thin brows, it’s going to take some getting used to. I twisted out far too much gel to start with and ended up with literally one mad brow but once I reigned in my enthusiasm, the second brow was better. It’s not a beginner brow product. The mascara, by the way, does indeed give a fluffy and full looking, dramatic lash line with an intense depth of colour so unless you prefer spiky lashes, there’s nothing not to like with this new addition. Personally, I’m not persuaded away from Cils d’Infer which I prefer for the brush. Mad Eyes Mascara is £28 and nice, I think, for peering over a mask, with some impact and lash conditioning element. It’s HERE, non affiliate HERE. The Brow Groomer is £31.