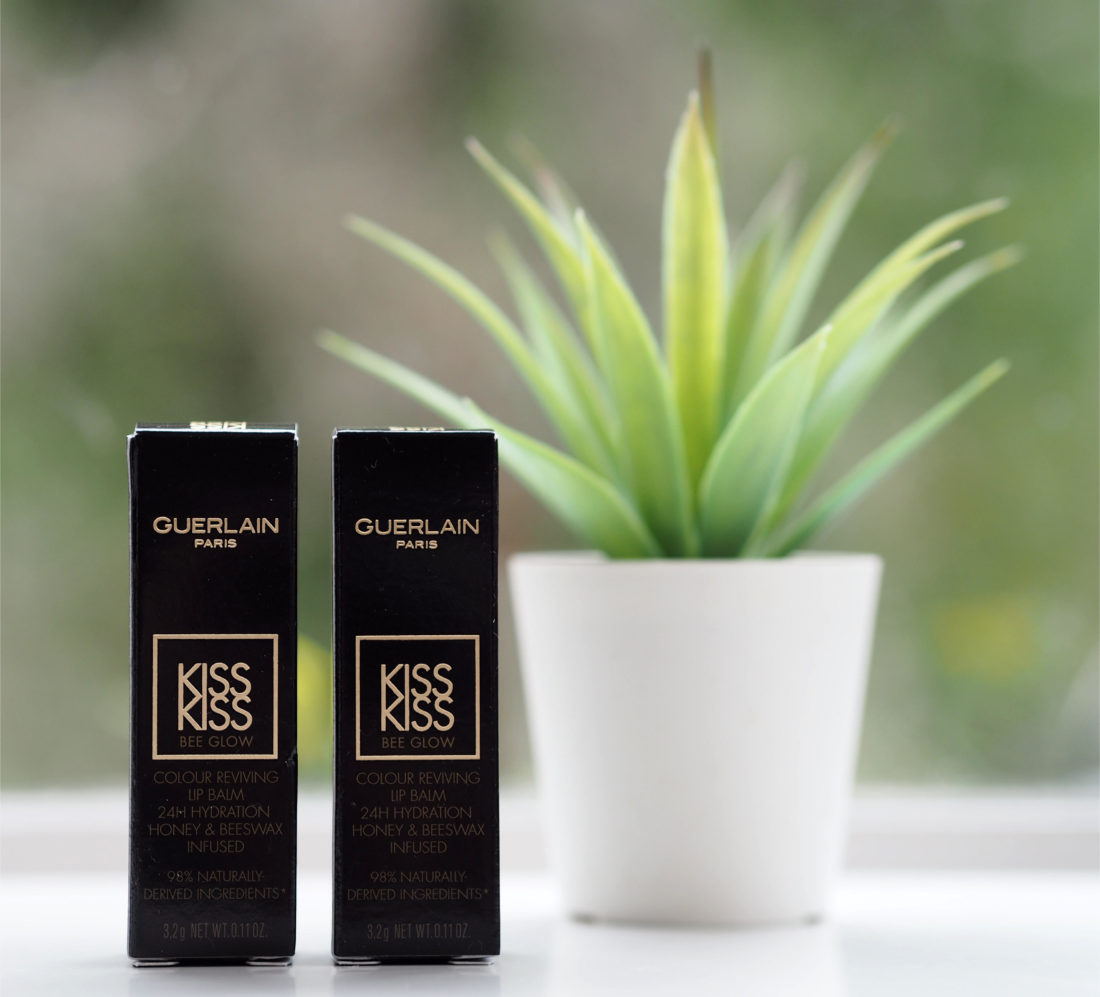 [unpaid/sample/affiliate/ad]] I will come back to these juicy, honey infused, sheer colour balms when they launch in April but I thought you’d like to have a quick look now because as soon as they hit my lips I was smitten.

I had the same feeling when trying Bee Glow as I do when I put my favourite, most comfortable (and most expensive) jeans on – absolute bliss and a perfect fit. As someone who doesn’t particularly like honey, I hoped that it wouldn’t be too much of a flavour focus and it isn’t… although I’m aware at first application that it’s there.

Guerlain has several partnerships that focus on bee preservation and sustainability – Women For Bees, which is in collaboration with UNESCO and a really sweet one, Bee School, which is run by Guerlain employees who go into primary schools to teach children about the importance of bees (that sounds like a very fun thing to do!). And, several other biodiversity ventures besides. No surprises then that the hive is at the core of Bee Glow.

As well as honey, there is also propolis and beeswax which is combined with hyaluronic acid and shea butter so the effect is buttery, lush and smooth straight away. The colour is light but present – it’s the kind of barely there look that’s the embodiment of less is more.

There are six shades coming – the ones I have here are (bottom) Poppy Glow and Lavender Glow. I like Lavender Glow more than I thought I would. They’re £32 each, which is a lot, but they really feel like an absolute treat. I’ll flag up when they actually launch but it’s just a little taster of what’s to come for summer. If you don’t want to wait, Escentual has good prices (from £21) for the original KissKiss Balms with rose oil HERE.