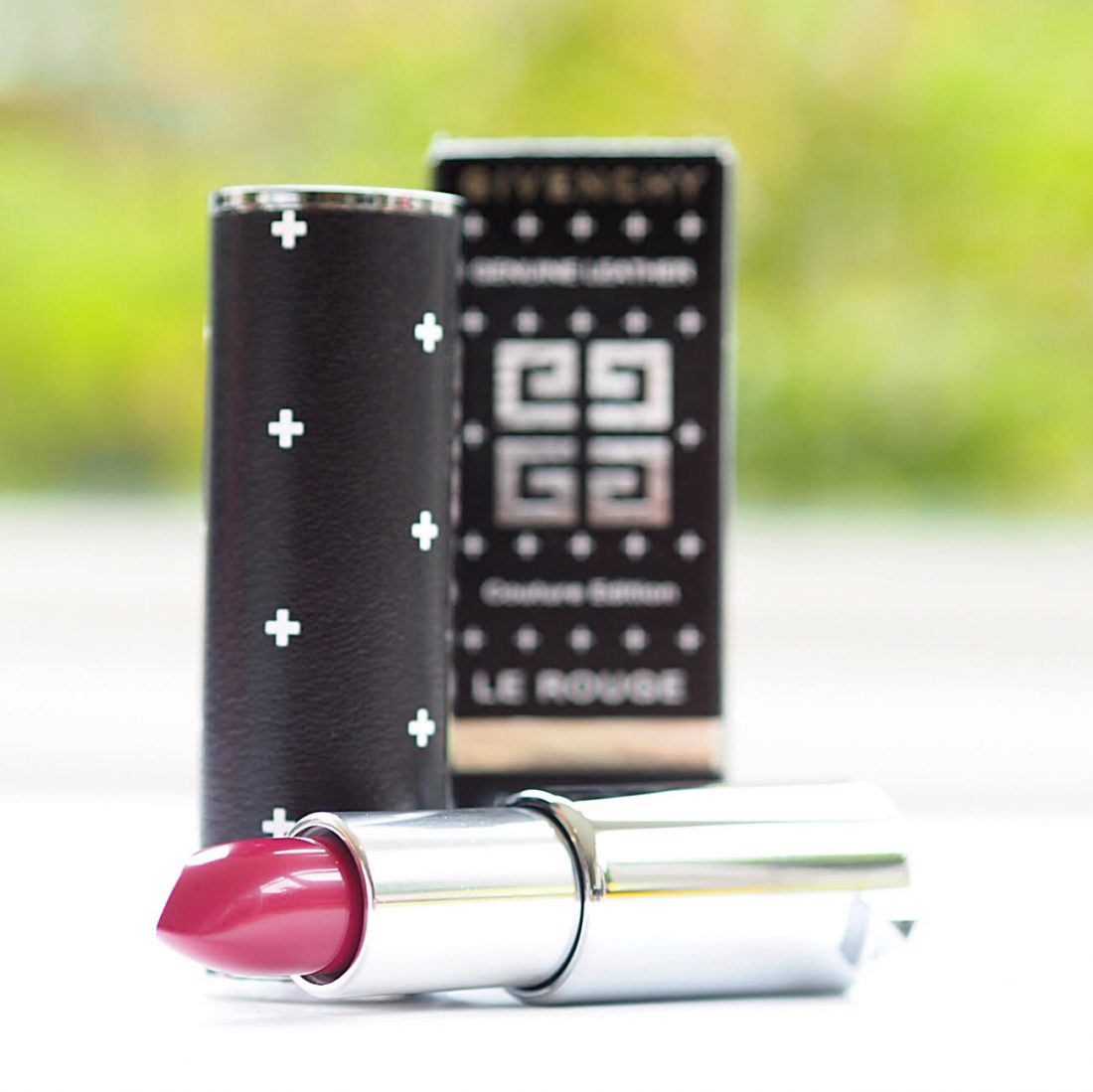 One of the things I really like about Givenchy beauty is that they reference the fashion house really well. Monochrome is a Givenchy favourite that crops up season after season, as does the white cross in one way and another. In a sea of bland beauty products, I like anything that shakes things up a bit. Designer, Riccardo Tisci, announced his departure from Givenchy in February – mixing leather and metallics was a signature theme for him. His replacement is British designer, Clare Waight Keller, previously at Chloe, who has almost the opposite aesthetic to Tisci’s darkly gothic references – think soft and feminine. It’s also the first time that Givenchy has had a woman as head designer which doesn’t necessarily imply an interest in the make-up arm, but it might. In which case, exciting times ahead! 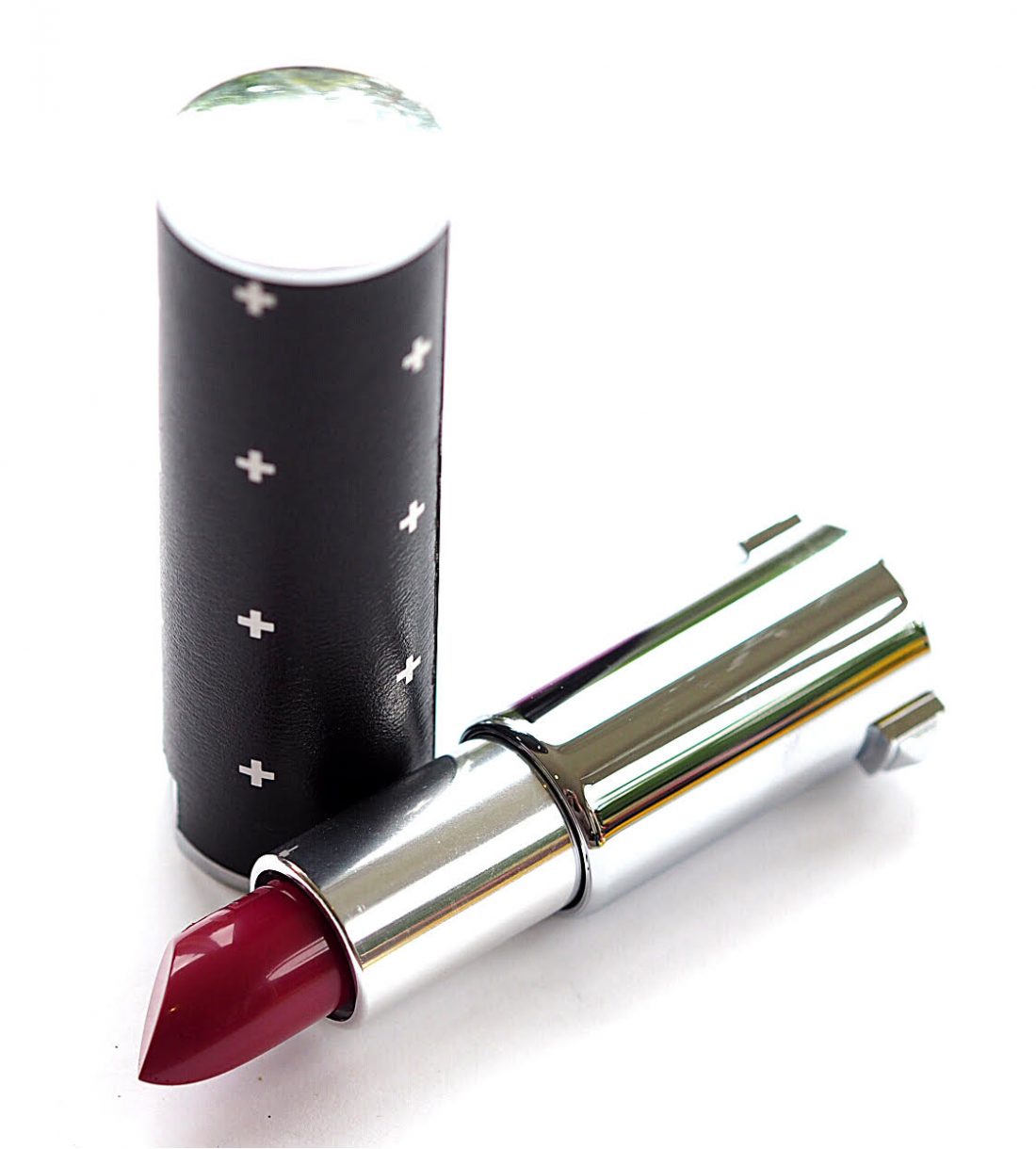 Whatever you might think about high street beauty being just the same as luxury, you do not often see this level of shine finish on a lipstick, particularly on a velvet finish.

The shade is Framboise Velours – a Givenchy best-seller – in a super high pigment, soft textured format. Because of the casing and the ornamental quality, I’d definitely splash out on this even at £28. The Couture Edition launches, along with a white cross lidded Prisme Libre, HERE.