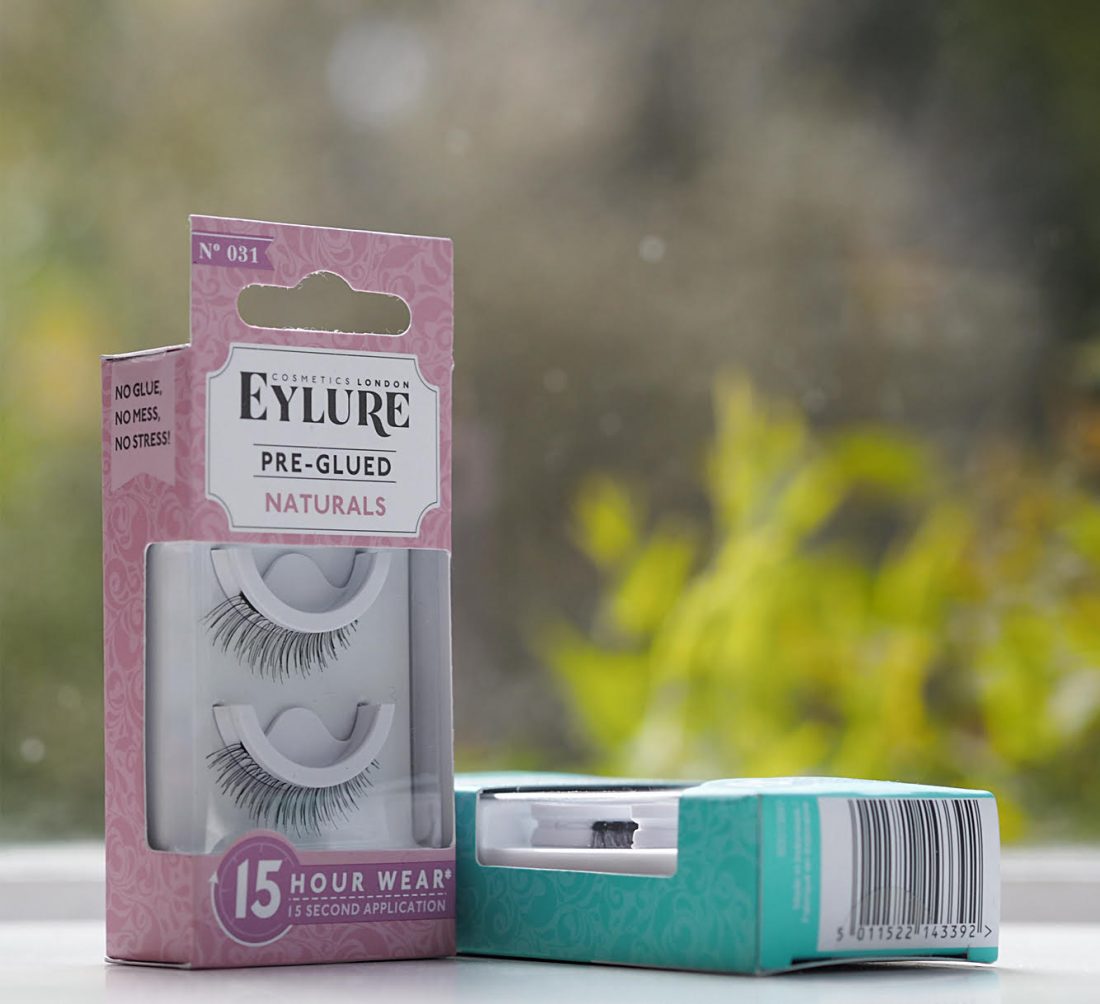 [productsampleaffiliatelink] I’m the first to say I’m useless – beyond useless actually – at applying false lashes. Even those magnetic ones had me beaten as they kept flipping upside down. The Eylure PreGlued Lashes are the first that I’ve been able to apply without a single tangling problem.

I used to have lash extensions which I really miss but they’re high maintenance and I wanted to get back to using mascaras, but I do sometimes still crave some big old lashes. Because I’m not used to false lashes, I don’t know whether the black line they create on the lid is how all false lashes are – pre-glued or not – or whether it’s particularly prominent because they’re pre-glued. Anyway, it looked a bit odd to me but after I’d applied make-up, just looked like part of the complete look.

I wore them all of Saturday – they didn’t move a millimetre even though we got caught in pouring rain – and after a time I forgot I was wearing them although initially they felt a bit strange. The one down-side was that my hair kept getting caught in them which is probably my bad for keeping a long fringe, but my hair never tangles in my natural lashes (I’ve never heard anyone say they have this problem!). If you’ve never tried false lashes because you think they’re too fiddly, these really aren’t (I used tweezers to ‘place’ them) but because of the obvious black line, I’d recommend most for evening wear when you have a full beauty look – even the ‘natural’ style doesn’t look very natural because of the line. For £5.95 (free postage) HERE, I’d say they’re well worth a go – easy to put on, easy to take off and effective while they’re there.  Non-aff HERE.