Eyeko Off In A Blink Eye Make Up Remover 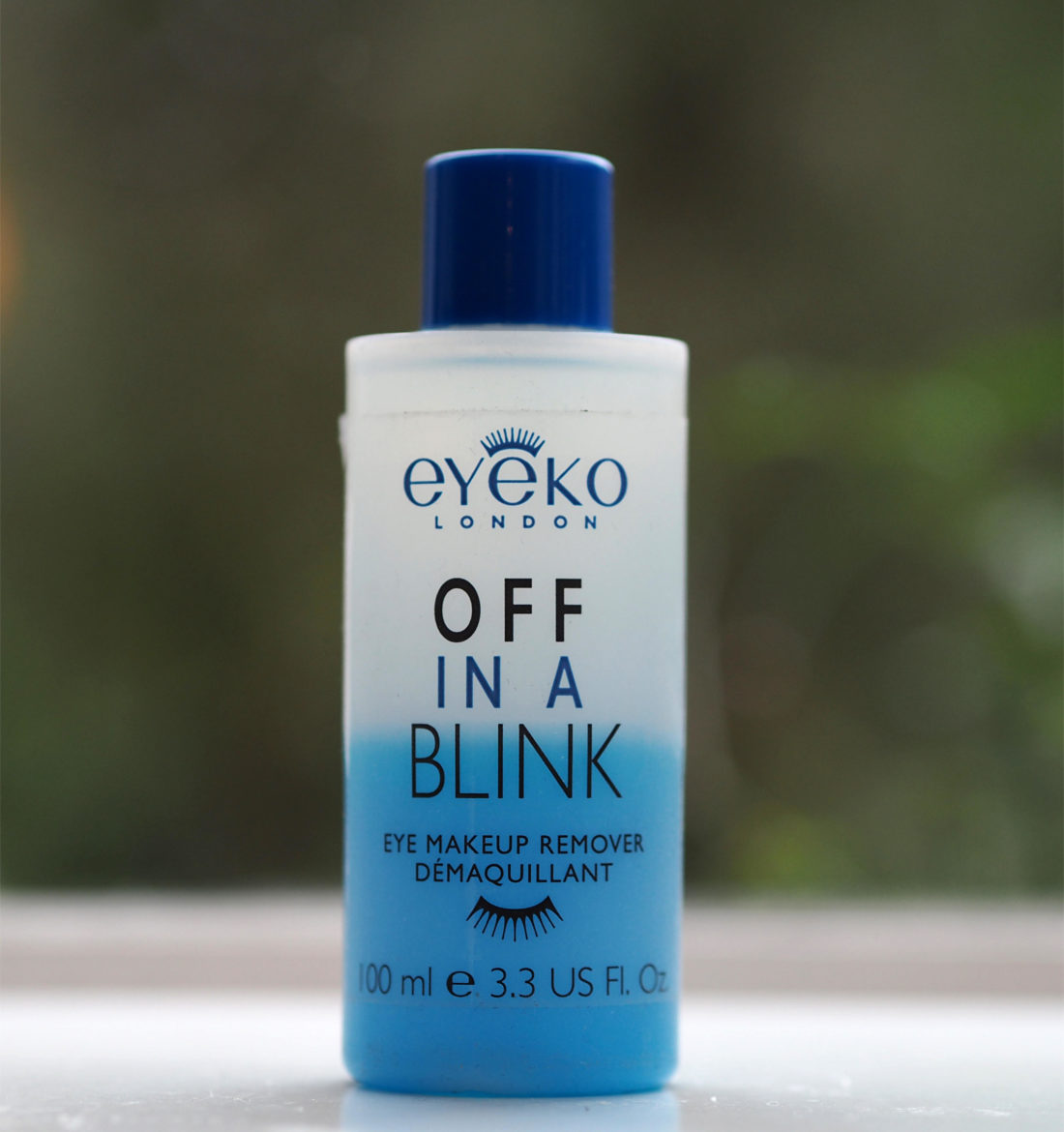 [unpaid/sample/affiliate/ad] I really don’t care about waking up with panda eyes – it somehow always looks like you had a great night. There’s definitely something a bit decadent about it. However, while occasionally it’s okay, it is better to get rid of all mascara and eye make up before hitting the duvet because it can irritate your eyes. I’ve been using CHANEL Gentle Bi-Phase which sweeps it all off in one go and I really like, but was open to trying others that aren’t perhaps so hard on the credit card. I’ve been on a mission to do more IGTV and put mascara on every time so have found myself wearing more in the past week or two than I have in months before.

Eyeko’s version is a more budget friendly £15 HERE, non-affiliate HERE, at the same 100ml volume. I can’t say I have a single complaint about the formula because it does deliver exactly what you need it to – a smooth removal without excess oiliness. One of the common complaints about mascara removers is that they can leave a film that you have to blink away and I didn’t find that happened with this (and never have with Chanel, £24 HERE, non-affiliate HERE either). You don’t need very much of it either so I could see this lasting months. There’s a bit of oily residue around the lid and under eye but nothing remarkable. I’d suggest not overloading your cotton pad to avoid this – the formula only needs to hit the lashes so you can just use a tiny corner and get the same cleansing effect. What is a little bit irritating is that the labelling is peeling off – £15 isn’t insignificant so I’d expect the packaging to match the quality of the formula. La Roche Posay also does a decent version at £7.33 (on sale) HERE. I think I still prefer the CHANEL version but I wouldn’t say no to a trade.

Home › Makeup › Eyeko Off In A Blink Eye Make Up Remover