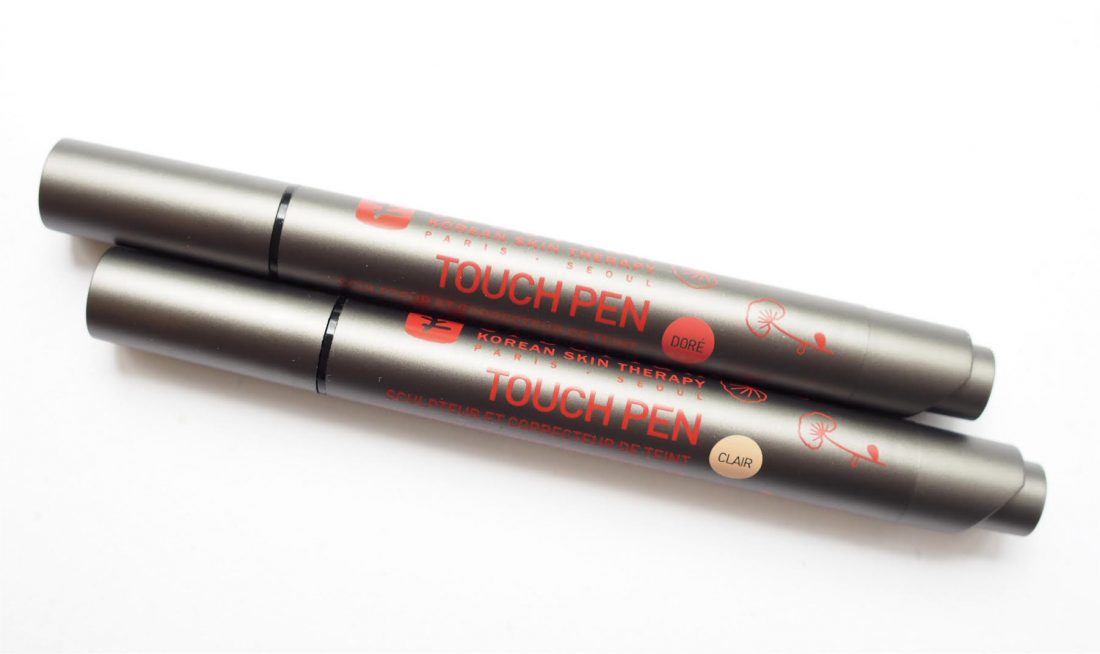 Nothing from Erborian for ages and then it’s suddenly all going on! Generally, I’m not really a fan of the cushion tip for concealer pens because they don’t give you the accuracy you sometimes need, particularly if the formula is on the dry side. But, an exception here because the concealing liquid is very soft and fluid and the sponge tip very gentle so when I swiped it under my eye, it gave a generous and fine textured finish. I did have to pat it in with my fingers so it’s not quite a one-stop application.  Concealers are an absolute no-no under my eyes with a couple of exceptions because they only ever make everything look worse, but not so here – it’s fluid enough that it acts as a moisturiser rather than a moisture hoover. It’s a good one for older skin types with creasing under the eye area. There are two shades: Fair and Golden.

Initially, I really didn’t ‘get’ this product. It’s a creme to powder, extremely light glow – on the label it says ‘Bronze Hue’ which couldn’t be further from accurate! However, while the effect is very subtle, if you love a skin perfecting finishing product that gives you complexion the merest touch of luminosity, it’s absolutely spot on. In fact, if you have pale tones, grab it with both hands and run because it perfect for you. The sponge is key – my initial mistake was just trying to apply with my fingers – you can hit your cheekbones or go lightly all over your complexion and I’m telling you, the feel of it is really something else. It’s one of the silkiest products (thanks to Camellia oil) I’ve ever used in the category and doesn’t feel the least bit drying (take note older skins!). It is the epitome of subtle radiance for anyone who doesn’t want to go high beam. It’s pricey at £34 but there isn’t anything else like it that I can think of.

In the swatch above from bottom to top: Powder Compact Bronze, Touch Pen in Dore and Clair. They’re launching this month HERE.