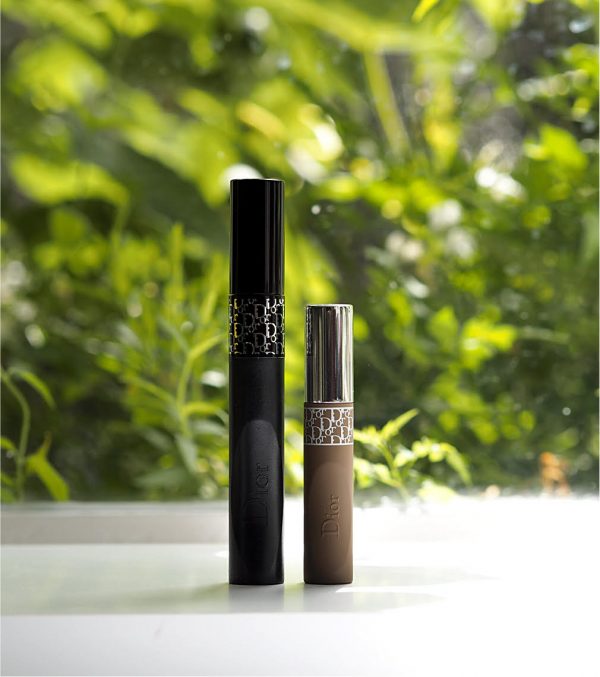 [productsample/affiliatelinks] I remember being so excited when I first used the original Pump ‘N’ Volume mascara – quite honestly, the best I’ve ever used. It was just so velvety and sumptuous and made my lashes the deepest of black, high, thick and not clumpy.

So, I really wondered what could possibly be done better with the new HD version. Well, as it turns out, nothing. As far as I can tell, it’s exactly the same. You still get all of the plumping, lengthening and colour that the first version gave, but nothing extra that I can see. It really doesn’t matter to me one way or the other because I didn’t think the initial version needed any messing about with in the first place!

Because I don’t ‘do’ my brows, or rarely, at least, I was never tempted by the Pump ‘N’ Volume for brows but I’ve given them a go. My assumption was that the colour would be too intense and the brush would lay down too much of it for my understated brow look. Wrong on both counts! The colours are far less intense than the packaging implies and the brush is tiny. The thing about the Pump ‘N’ Volume franchise is that you squeeze the middle of the tube to control the amount you want… so you can go large on either brow or lash by loading the brush, or you can take it easier and more pared back.

The mascara brush is my favourite sort of brush – not too fat and gives nice separation so I can get it right under the lashes to comb upwards.

These are the two shades of brow colour I have here – 002 and o21 with the latter being the lighter of the two and second in the swatch. You can see, I think, that they’re quite muted whereas the bottles look very dark. The darker shade is the right one for me – I could actually go a tone darker I think, so if you’re light haired go for 002, if you’re brunette, try 021. It’s £15.25 which seems quite reasonable to me.