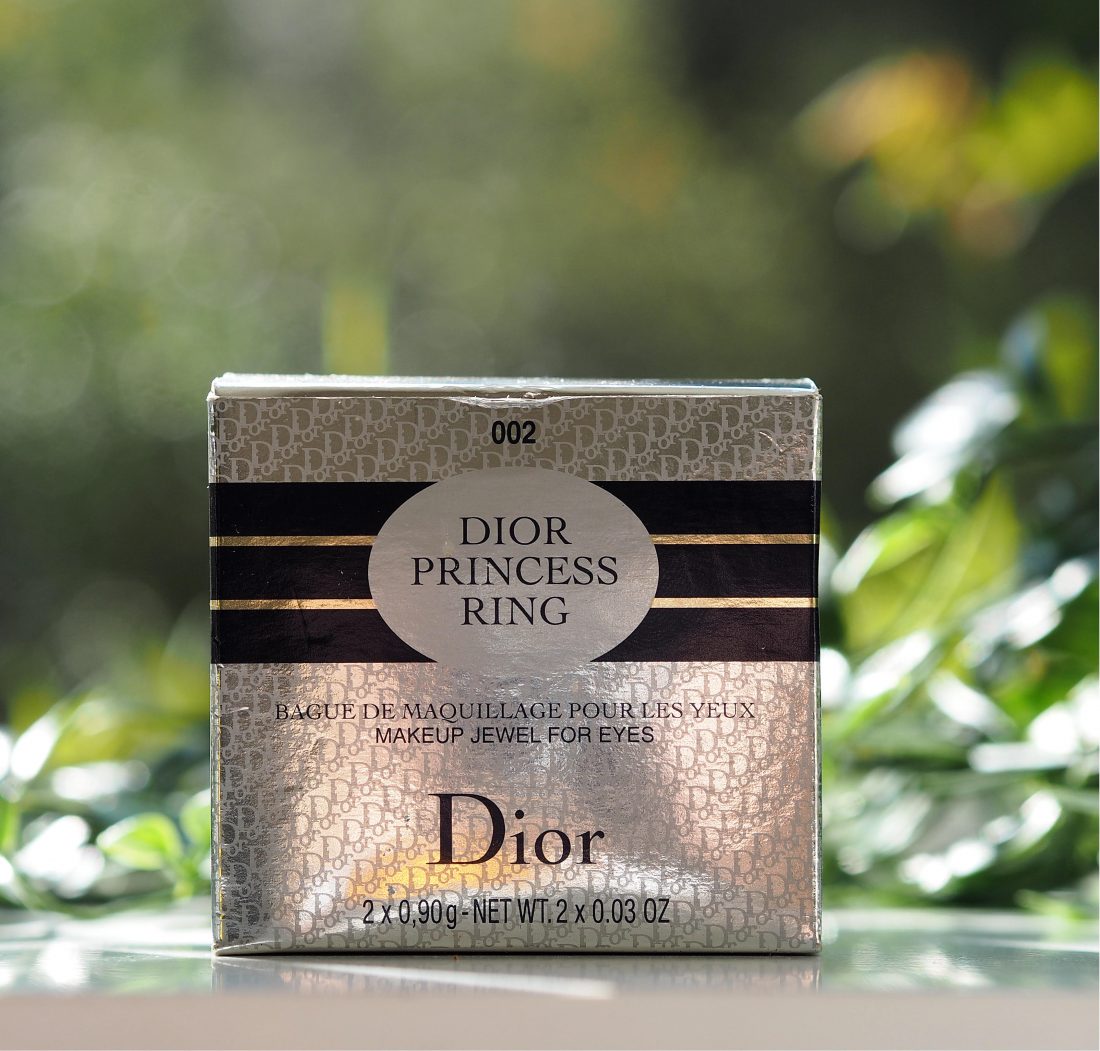 This is the product that I’ve had the most comments about before even posting it – it’s just something that’s lodged in people’s memories of make-up in the early 2000s.

The design tapped into the trend for chunky jewellery but this isn’t designed to be worn because it has a chain attached that I guess you would use in the same way as key ring would. It’s also excessively heavy so I doubt you could wear it for long even if you wanted to! It’s truly a bling ring 😉

There were two different colour-ways – I have the blue ring but there was also a pink version.

There’s so much attention to details on this and it’s still in immaculate condition. The front section is a square mirror bordered with crystals and the crystal theme continued around the side either end of the Dior logo.

Inside, the square is divided into eye luminizers – one light pink and one shimmery clear one. There’s a touch of iridescence still there when the light shines on it. I actually assumed it was gloss but the gloss version was the pink ring.

There’s also a mirror on the inside. The more I look at this the more I love it all over again. I wish it was a little trinket box or something because I’d keep it on display as an ornament if that was the case. When I checked various resale sites, several were warning of fakes of these – the only item I’ve come across so far that has a warning like that. It makes sense because there seem to be quite a lot of resales around and that’s not always the case with these older limited editions. I’ve seen it on eBay for around £50.