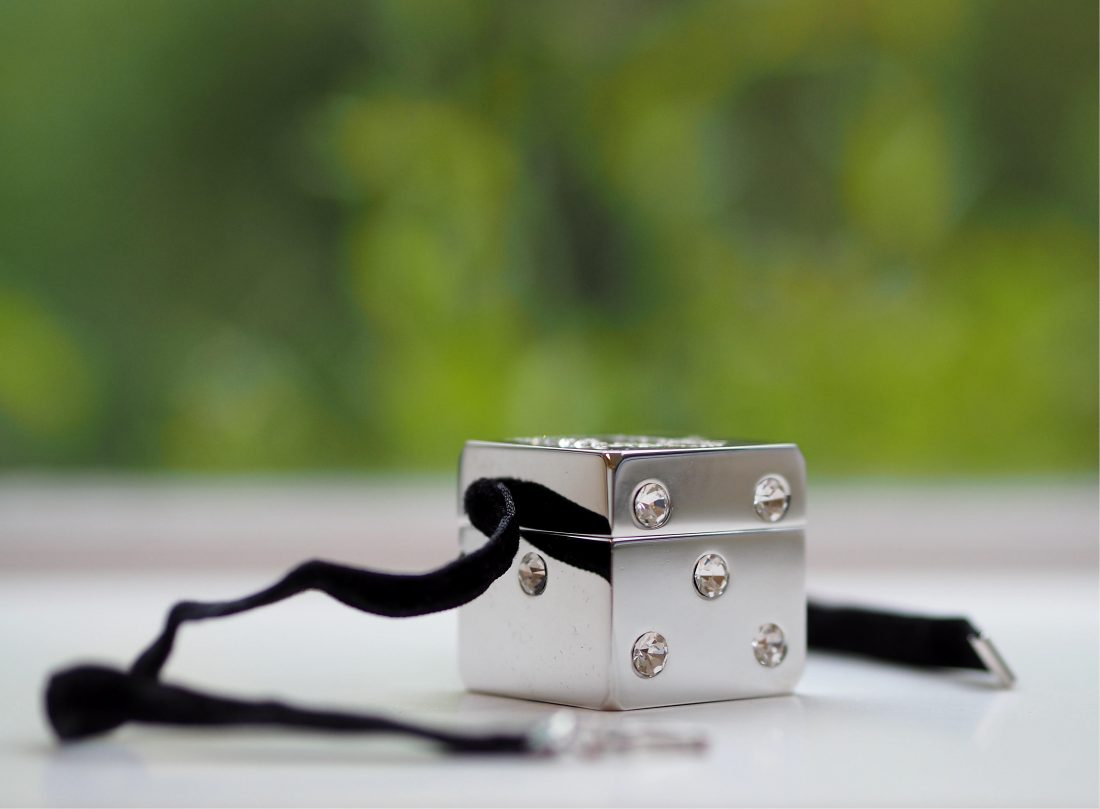 It took a lot of different search terms to bring up anything at all about Dior play although several readers have said that they had a ‘dice’ which I assumed was the Lancome piece based on the Magic 8 Ball but now I think is this.

I think the dice was designed to be worn as a bracelet – in theory! In practice, it would be absolutely impossible because it’s a really weighty and chunky – you could quite easily blacken someone’s eye reaching for a canape :-).

It’s got chunky crystals on each side to represent numbers – one, two, three and five (no idea where four went) with a much more detailed crystal Dior design on the lid.

The gloss inside is a little bit discoloured – originally, it was a beige shade (Gamble on Beige) but there’s a tiny bit of pink that has come to the surface so it’s obviously separated over 15 years. Given its age, I thought it might not smell to great but in fact, it smells really fresh – sweet and a little bit waxy. There was a rose gold version of this but with so little information available, it’s impossible to discover whether that was for all regions or whether it was just for a particular market. Top of the ingredient list is Lanolin, followed by Castor Seed Oil. Looking at current gloss ingredients, Hydrogenated polyisobutene appears top – it’s a synthetic mineral oil.

I’ve seen the Dior Play Dice on various resale sites and depending upon condition, you can pay anything from £25 to £65.