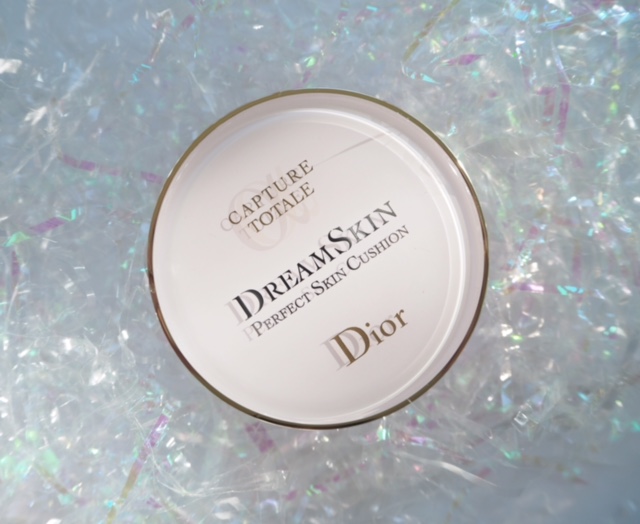 I think the really big deal with the forthcoming Dior Capture Total Dreamskin Perfect Skin Foundation (don’t try saying this after gin) is that it’s SPF50 PA+++ and yet it feels feather light on the skin. I love a cushion foundation for fluidity that usually leaves skin looking dewy and fresh – there’s a mattifying element to this one but it’s perfectly breathable and a gentle matte rather than a full on glow killer.

There are four shades in the Dior Cushion Foundation, but they’re colour adaptive and Dior say that the four will cover off all tones. I wonder about very dark tones with this claim but I don’t have anyone to test it on at the moment so I’ll wait for further reviews.

Because this is a Dior product (and £62), you’d hope that it’s done better than other cushions – I’ve tried many, many cushion foundations (before they were even a ‘thing’) and it’s genuinely the best I’ve ever come across. On the skin it feels cool, velvety and hydrating. In terms of performance, it’s airy, comfortable, beautifully blendable, lightly perfecting and the adaptive element works like a dream. You get a ‘real skin’ finish on this that’s better than real skin! It’s really a very natural finish, so don’t expect heavy coverage – this is all about lightness and comfort – and I can see the mattifying element doesn’t hamper natural skin sheen other than to knock down the oiliness.