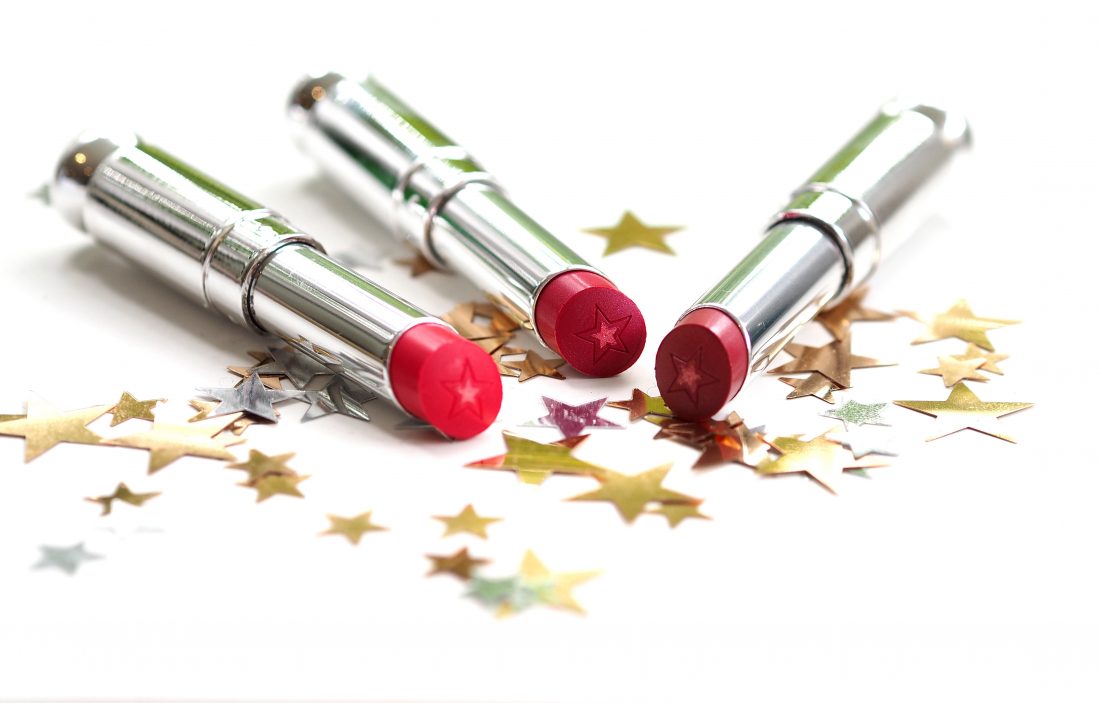 [unpaid/sample/affiliate/ad] The texture of the new DIOR Addict Stellar Halo Shines are exactly the sort that I love – juicy on the lip with a balmy feel and feathery light.

I’m a sucker for any lipstick that has an extra embellishment so the star on the tip of each bullet is perfection. It disappears quite quickly because of the melty nature of the formula, but still, I like the fact it’s there in the first place.

So, I’ve done my familiar trick of being far too enthusiastic and pulling off the lids before noting down the colours – the one drawback (for nobody except a swatching blogger, I should add!) to the packaging is that the name is on the pull-off part rather than the stick. So, I’m using the John Lewis swatches and keeping fingers crossed that I’ve matched them up properly.

As you can see, there’s an element of translucency but with a couple of swipes, they’re pretty much full on and bear in mind there is a sparkle element that’s not obvious in the swatch. These are highly light reflective to the point that it is almost a metallic finish but not so super-shiny it looks like gloss.  First swatch I think is Pink Star, then Lucky Star and finally Be Dior Star and I’m as sure as I can be that is correct. John Lewis has it’s promotion on at the moment with 10% off so with that in mind, they’re £27 each HERE, non affiliate HERE.