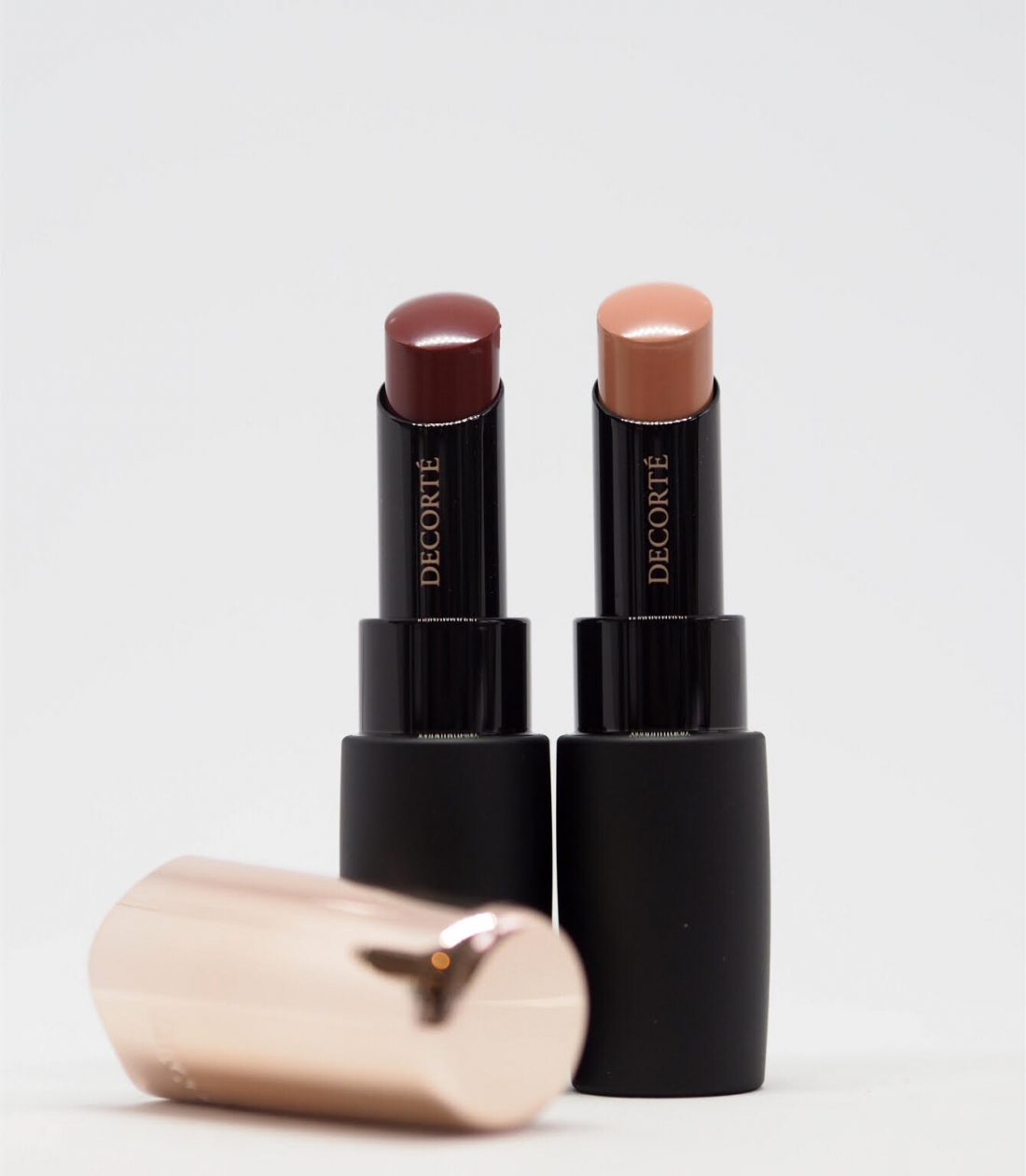 A couple of lipsticks and an eye shadow came through from this Kate Moss fronted range from Japan. I have to say, that while I was in Japan I barely saw it anywhere – and yet it claims to be the biggest cosmetic brand in the country. It’s also crazy expensive – £950 for the intensive face cream. I’ve learned not to automatically discount products on price because I’ve used some incredible products that would be off limits if this wasn’t my job, but hell, what is in it?!

There was a moussy eye shadow in a gorgeous soft brown shade but what I find weird about this is that the interior of the box (it’s inside out in the picture) is so much more lovely than the exterior, which looks very ordinary. Decorte is really going for it in terms of taking the brand out of Japan only and into the rest of the world – it’s also launched at Saks 5th Avenue in the US.

So, the eyeshadow is disappointing. There isn’t enough colour behind the glitter once you get it onto your skin. It’s very shimmery, obviously, and prettily twinkly but when I applied it to my lid I got more glitter than colour. In terms of Japanese make up trends, shadows often tend not to have power pigment – light wash is more the aim so in that respect it works, but if you were expecting KK or Huda levels of pigment, you’d be disappointed. That said, there are 30 Eye Gem colours so perhaps I got one at the lighter end of the spectrum. The lipsticks, called The Rouge, are silky, matte and not hugely over pigmented. In my book this is a plus not a minus because you can build to intensity but it’s not an automatic smack down of wayyyy to much! There are twenty ‘glow’ shades (sheeny) which I think I would have greatly preferred and five mattes and they’re all pigmented to give the appearance of a brighter skin tone. This is one of those unchallengeable marketing statements that doesn’t really mean anything (because no lipstick is designed to make you look duller, right?) but once it’s in your mind you might see it happen.

Also, I’m challenging the statements that Decorte is the No.1 best selling brand in Japan and that it’s also Asia’s best kept secret – I don’t know how you can be both: the world is small these days. The upshot is that if you love discovering new luxury brands and don’t mind paying £32 for a lipstick, you’ll probably be rather happy with these from a curiosity point of view. Selfridges has the exclusive and you can find Decorte HERE.