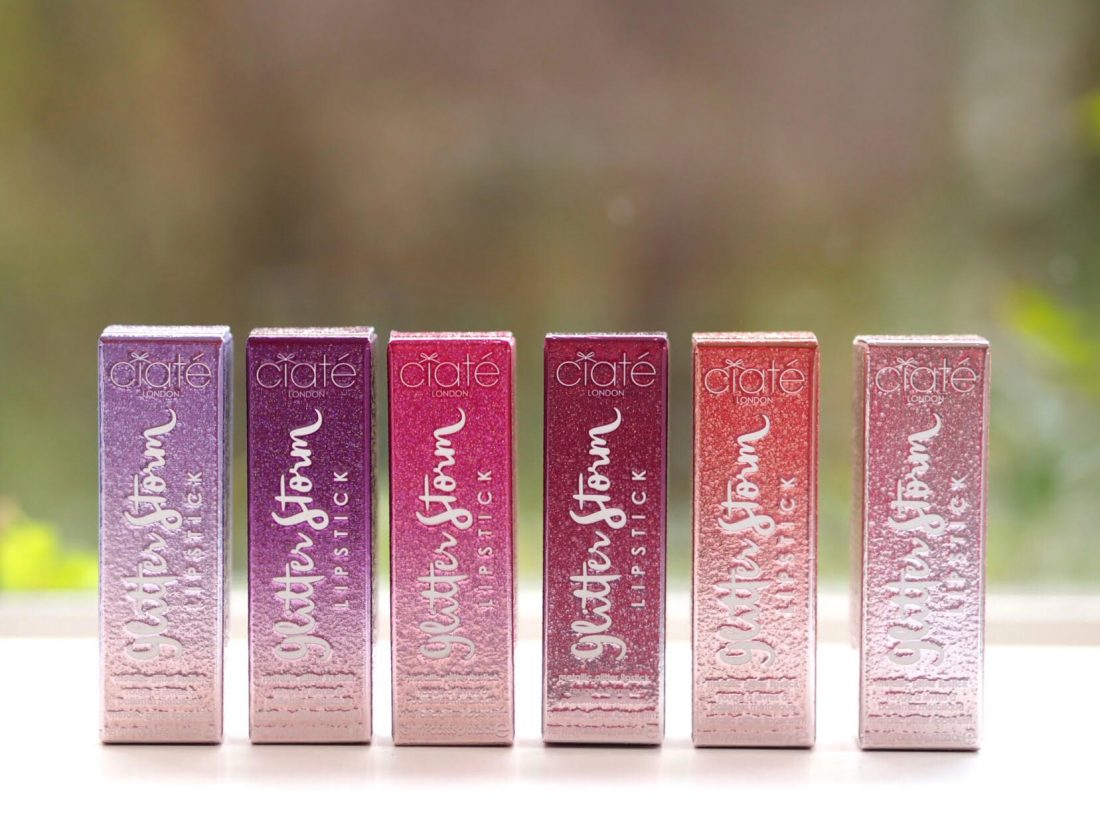 If you love a sparkly lip, these will be right up your street, but if you fear the glitter, like me, look away now! The Ciate Glitter Storm Lipsticks are interesting, not least because Huda Beauty has just released something very similar so that tells you a story about product development and who, at factory level, is being shown what. There is a bit of an 80’s disco vibe going on with these but they’re not owning it (unlike MAC who own the 80’s at the drop of a hat) and instead promoting as a new concept.

Of course, they’re a great deal more sophisticated than the disco dust of years past – on the lip you cannot feel a single grain of glitter under the buttery smoothness and the pigment level of the lipstick is high – complete coverage – and the glitter is more of a foil effect. Very impactful and very, very high beam.

The exterior of the bullet looks granular and that’s because there is an over-spray of glitter that gives a velvet effect (similar to Lisa Eldridge). That sparkle looks more intense than the actual bullet but I can assure you it’s the other way around once on the lip.

So, here we go, bottom to top: Apollo, Topaz, Spark, Electra, Flash and Cosmic. They’re £19 each HERE and it’s definitely worth watching the video that gives you an idea of how electric they are.