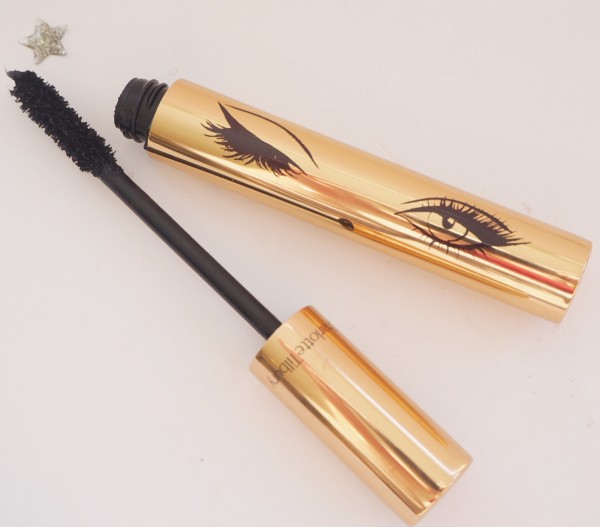 I’ve now had a chance to put the forthcoming Charlotte Tilbury Legendary Lashes Mascara through its paces. I know a lot of you were hoping that it would be waterproof, but not this time around. It had a full day’s outing yesterday and stayed put although by the very end of the day, there was less than I’d begun with, but I think I would expect that from any mascara doing a 9am to 10pm with no touch ups.

As you can see, it’s a semi-fat brush – it’s not a poke in your eye biggie – and the bristles are both long and short for complete coverage. If you were wearing this as just a day mascara with little other makeup, I think it’s too much – it’s not shy on product delivery so you get very coated lashes from the first stroke. It’s got an ingredient called Marine Glycogen to stimulate hair follicles as well as Tamanu oil, and as promised, it didn’t make my lashes feel brittle and hard. If you love a big lash, I can’t fault find with this one, but it’s £25 – I would hope for near perfection.