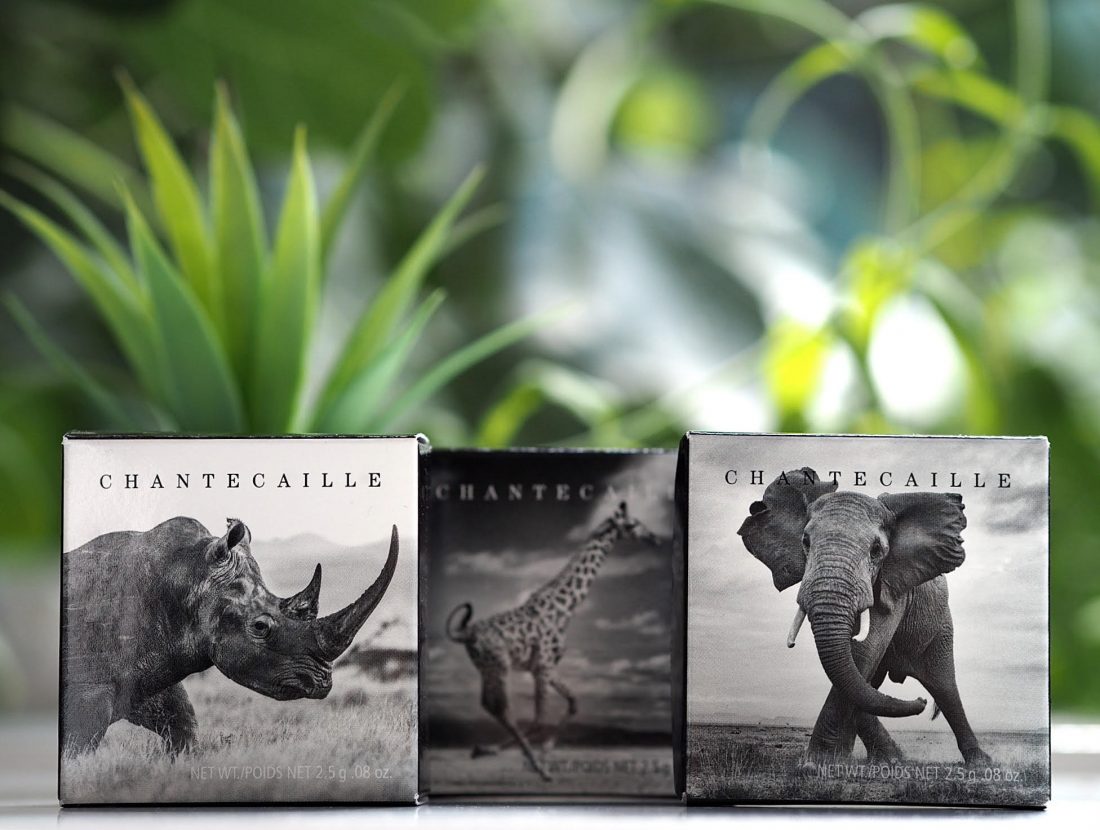 [productsample] I’m telling you, mono shades are on their way back – we’ll never turn our backs on palettes of course but there’s a distinct leaning towards single shades so impactful they do the work of enhancing your eyes on their own.

The Luminescent Eye Shades are just so stunning – the sales of each one benefit an animal charity that focuses entirely on a particular animal, so for example, Space For Giants works with both the land the elephants live on as well as the surrounding communities so that the shared space is as harmonious as it can be, while the Giraffe Conservation Foundation taps into local villages to employ giraffe guards to keep them safe from harm.

The images are captured by wildlife photographers – in this case, the elephant and giraffe pictures were taken by Mark Drury and the rhino by Martin Buzora. There are actually six shades – the others feature a cheetah, a pangolin and a lion. I like to see brands take a wider responsibility that’s more than just marketing fodder – it’s an added dimension and personality that’s really important for consumers to know them better.

They weren’t joking when they called these colours ‘luminescent’! The burnished brown in the corner has coppery elements (giraffe), while the shade above is a mushroomy olive tone (rhino). Elephant houses a pewterish grey shade and the sparkle and glimmer on all of them is huge.

They’re all just rather glorious. That said, they’re incredibly expensive at £48 each but in this case you’re paying for more than make-up I think. The texture is gel-powder that on my lids didn’t crease or fade. You can use a looser bristled brush to put a wash of colour and shimmer over an existing shade or you can layer up. There’s a little bit of drop so you do your eyes first and then your base after you’ve quickly cleansed around to pick up any fallen twinkles.

In the swatch above (I realise that the last two shades look very similar – they are close in tone but not as near as it appears in my picture) : Burnished Brown (giraffe), Shimmering Taupe Grey (elephant) and Sophisticated Olive (rhino). They have only just launched in the US so it will be a couple of weeks until we get them here in the UK.