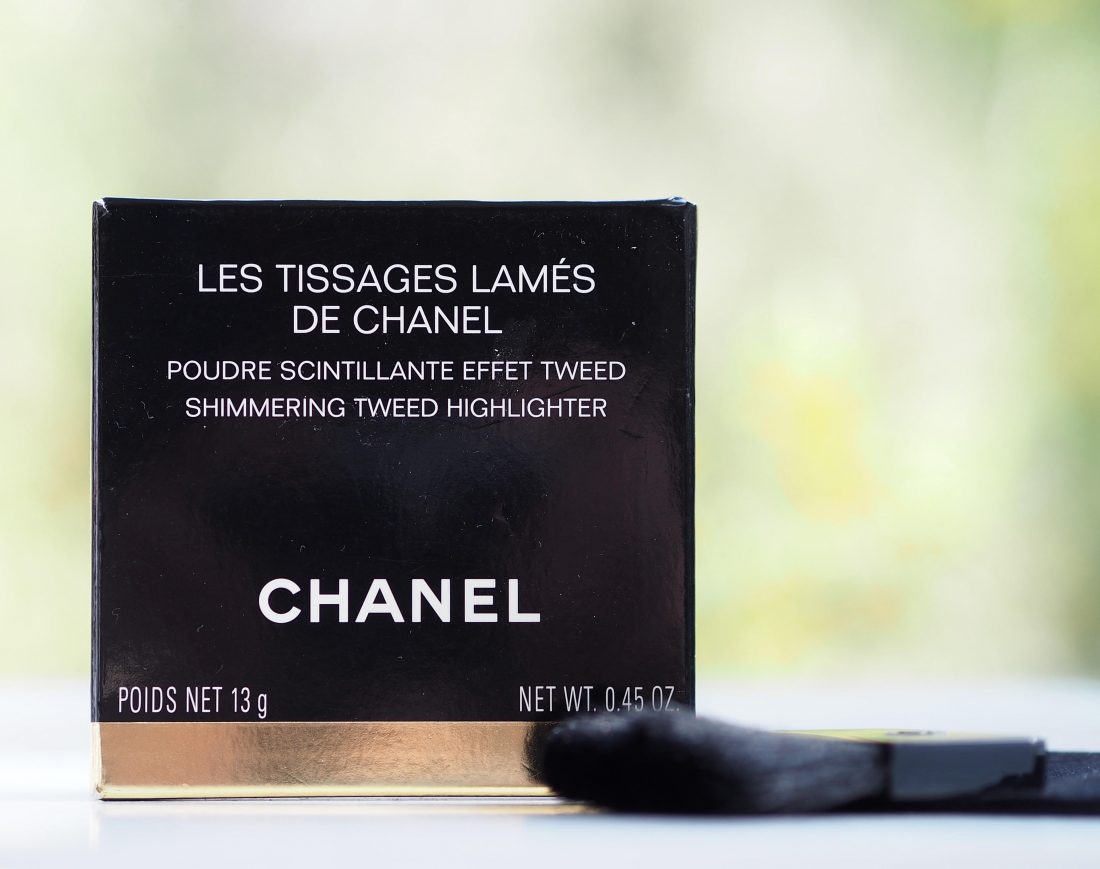 One of the first things I do with any piece of make up is smell it. I don’t know why – it’s just an instinct I suppose when something looks so lovely you want to be closer to it in some way. This smells of sweet powder – as you might imagine.

In the same way that Dior would use a hounds tooth pattern in their special items, CHANEL opted for tweed-look beauty several times. The first time I saw a tweed palette, I couldn’t quite believe how convincingly fabric-looking they were. This one is no exception. In fact, it reminds me a bit of the sofas they have in store.

The colour-way is peach, pink and gold with the latter being the predominant colour – it’s all fairly understated so probably more suitable for paler tones although gold brings something to all tones. At the time it was $60 – I see it now on eBay for around $75, 9 years later. I don’t remember the collection this came from although I think it was summer. Last year, two shades of rectangular blush appeared with a tweed effect (I don’t think in the UK) and it’s not nearly as well detailed. Given that this is not quite a full decade old, I think it really shows the change that CHANEL make up has undergone between then and now.