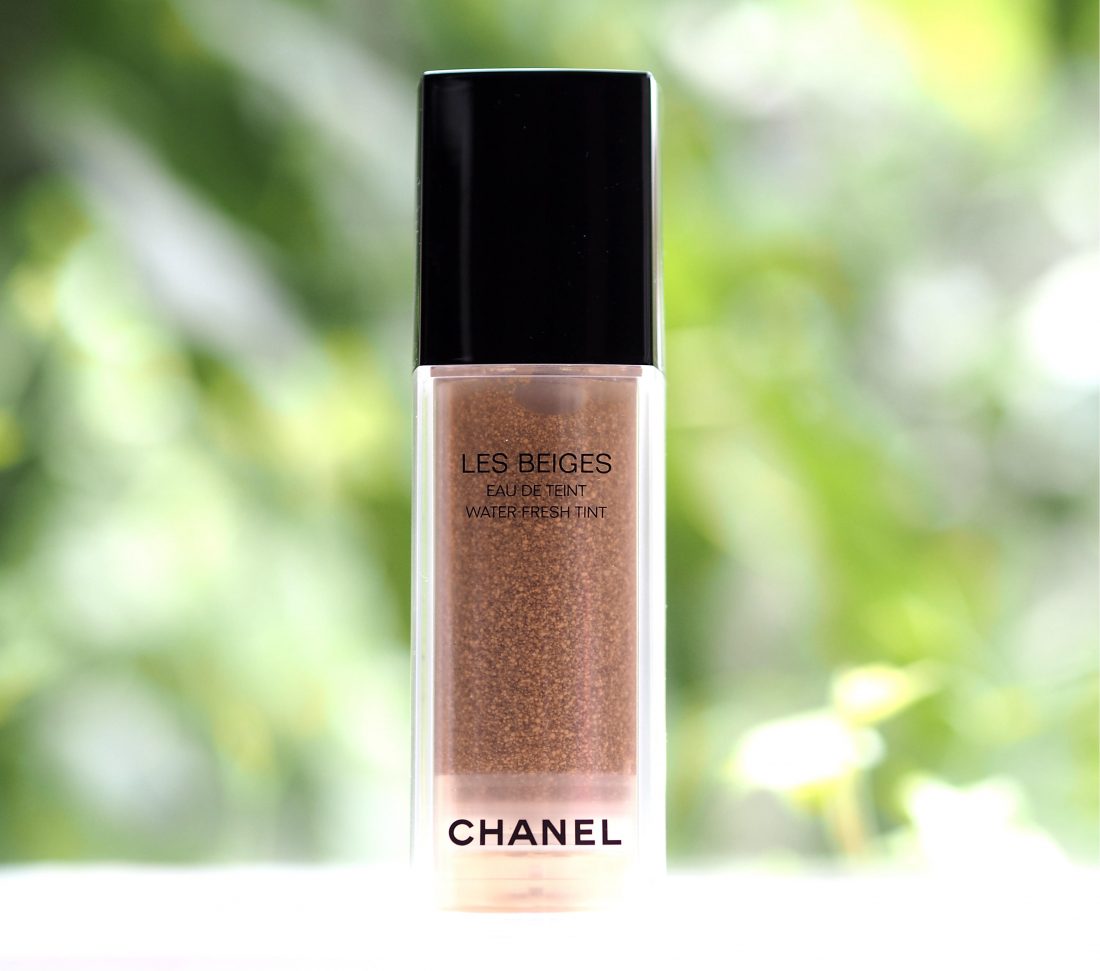 [unpaid/sample/affiliate/ad] August is a slow month in beauty world (traditionally, because France shuts down for August and therefore all the big French beauty players such as L’Oreal) so I’m going to revisit a few favourites that I’ve either repurchased from last year or they’re still on the go. Starting with CHANEL Les Beiges Fresh Water Tint which was an instant sell out last summer for its lighter than light coverage with a formula that forms water droplets on the skin before blending out.

I remember when I first came across the water droplet technology (with Dr Jart+) from Korea – I was very taken with the idea that little beads of water form as you blend although I’m not sure it has any real benefits to skin. But, it’s different and gives the products a fresh feel which is lovely, especially in summer. Chanel’s version of droplet beauty (or, microfluidic tech, if you prefer) comes with encapsulated colour pigments that merge seamlessly once on the skin.

The formula is 75% water so it’s not going to weigh heavily at all and the effect is one of skin perfecting rather than ‘coverage’ as such as well as bringing some energy to the complexion.  It’s exactly right for anyone who has eschewed bases (like me) over lock down and wants to get back into wearing base with a softly, softly approach. Water Fresh Tint also contains Tamarind seed extract – good, apparently, for moisture. I apply this with a brush – one go-around and you’re done – blending is minimal, effort is more or less nil and it’s nice on any age-skin. John Lewis has 10% off everything beauty so at the moment it’s £43.20 but there are a couple of shades out of stock (HERE). Feel Unique has more shade options for £48 HERE, non affiliate HERE, including the shade I show on my arm which is Medium.