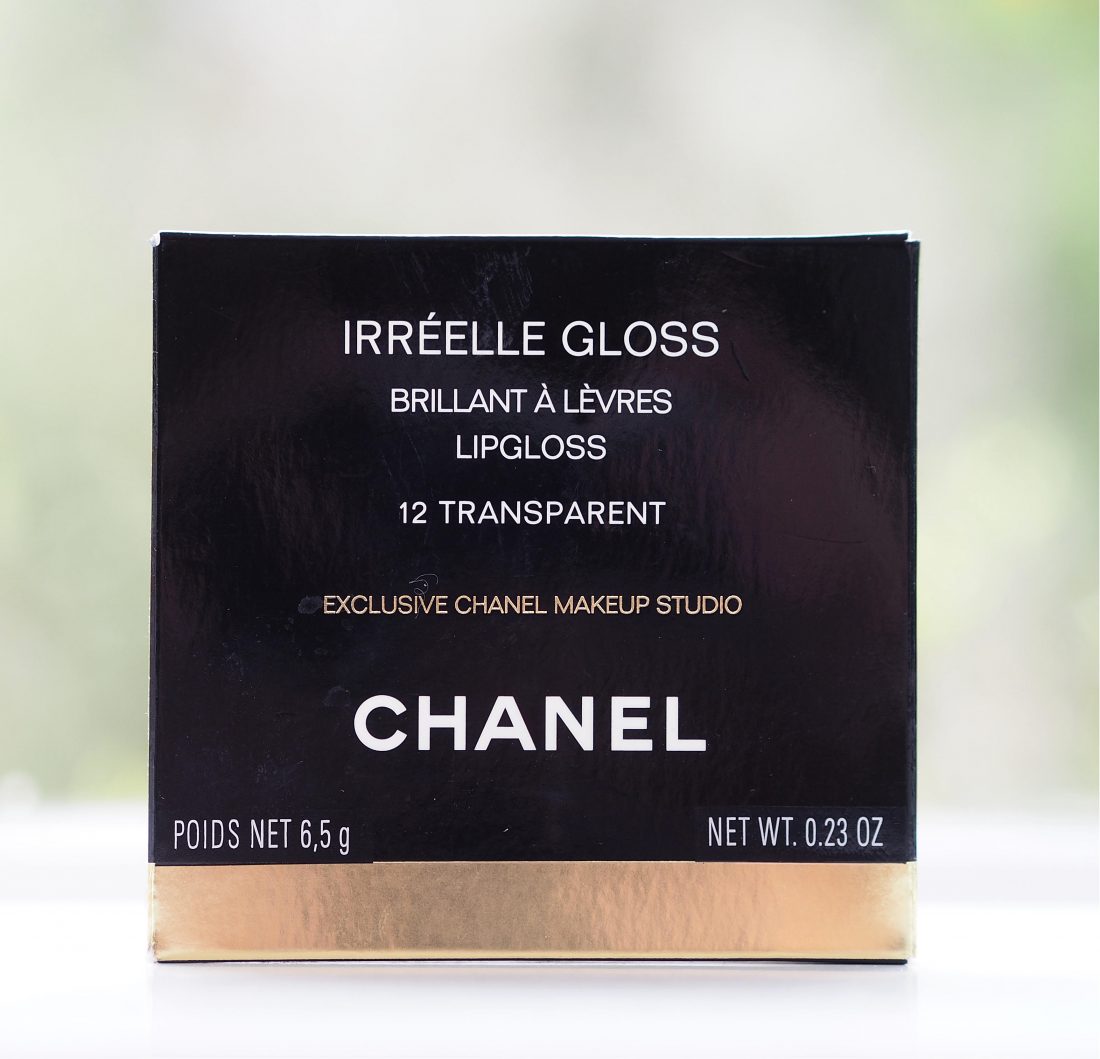 As you might imagine, CHANEL features a lot in my archived products. For a very long time it was my absolute holy grail of all beauty products – they genuinely do make things better than most. I like their creativity, their innovation and their attention to detail but at the same time, behind the scenes, it’s a disappointing relationship these days. So, I have mixed feelings, but still appreciate that over the years this brand has given us a slew of utterly beautiful, immaculate and exciting pieces that haven’t been bettered. My all-time favourite palette from CHANEL is Les Coromandels de Chanel (2005) with the design taken from the Coromandel screens that Mme Chanel collected. But, I’m kicking off with CHANEL Irréelle Gloss from 2003.

The packaging describes this gloss as an ‘intense radiance lipgloss’ and it’s completely clear but for the linked C logo which is (properly) holographic. I have The Makeup Museum (HERE – you’ll be lost for hours) to thank for reminding me about Heidi Morawetz and Dominique Moncourtois who between them were responsible for some of the most decorative and innovative pieces the brand ever created. Heidi – who as Chanel’s most influential make up artist also created Rouge Noir – died in 2018 aged 79. Dominique Moncourtois spent 30 years as head of the brand’s make up creation division – both retired in 2007.

I’ve managed to catch the holo effect (after some effort!). I think there was a pink version as well. With the palette open the interlinked Cs look like they’re floating in the middle of the transparent square of gloss and when you move it around, the Cs appear to move. Although I’m not 100% sure, I think the gloss is poured over the holograph print which then appears to float.

You can see that the surface of the gloss, which I’ve never touched, has gone a little ‘dewy’ but apart from that, it’s in pristine condition. Actually, something has just popped into my head – when I had only just started my blog and was still working as a beauty writer for print, I met Sam Chapman and we went into Chanel on Sloane Street together to have a look around. Her presence stopped the store with customers asking for her autograph and suddenly, suddenly I understood the power of YouTube. I don’t think I’d really grasped the enormity of it at the time because I was more focused on my print work. It’s a really nice memory. ‘Ireéelle’ means unreal – I don’t know how many times I’ve seen that on French brands and never even wondered what it meant! Now I know.