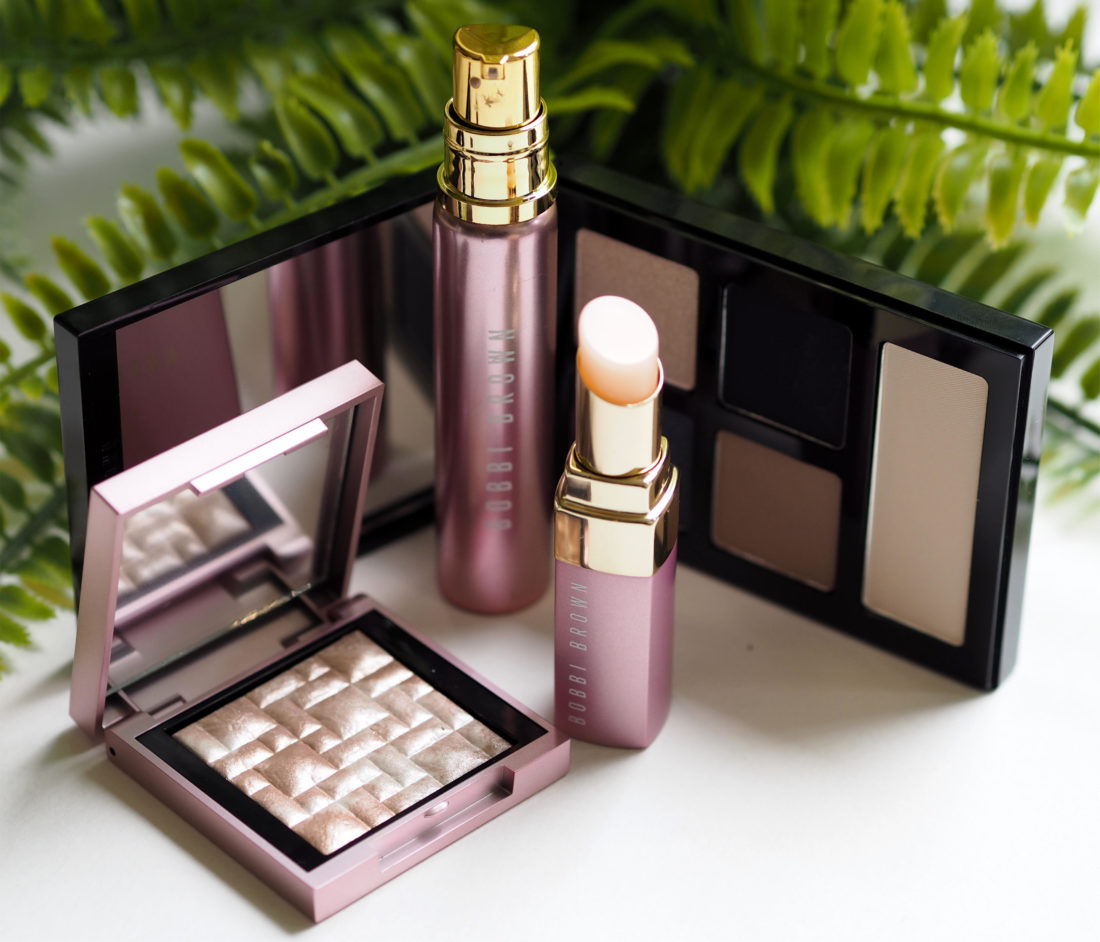 [unpaid/sample/affiliate/ad] Hmm, here’s where I wish I’d read the press release properly and not photographed everything together. Clearly, as I now realise, the Essential Multicolour Eye Shadow Palette is not part of the Glowing Pink Collection – which, I did think was odd at the time I was taking pictures because er, it’s not pink, but still the penny didn’t drop.

The item from the Glowing Pink Collection that has really caught my eye is the Liquid Face Highlighter which is more of a pearly sheen than a full on highlighter and perfect for anyone who doesn’t want a high beam glow but would prefer to subtly accentuate cheekbones. It’s weightless and blends like a dream for a pared back light-hit look that looks very fresh and natural.

You can also mix it with foundation or tinted moisturiser to brighten the complexion without over-glow. I think Lisa Eldridge has something similar coming out (yes, on the notification list, credit card ready!) which I think will sell out faster than you can press buy. Liquid highlighters aren’t new but the Bobbi version is more subtle than we’ve seen for a while and plays to the natural skin trend. It’s £30.

As you can see, there is also an Extra Lip Tint in Bare Pink that’s just a little bit pearly and very softening on the lips. The Highlighting Powder is £20 for the smaller version and is full on glow – I’m curious to see where these mega-shine highlighters go when lockdown virtually killed off the trend for this level of radiance. I think they might have had their day to be honest in favour of fresher light looks.

Of the three available, I’ve got Navy Twilight in the Essential Multicolour Eye Shadow Palettes which is a bit of a back-to-basics move for the brand. It’s very much from the original archives with shades to ‘awaken, blend and define’.

I like the fact that each one comes with an instruction leaflet to give a couple of different looks – it’s a step back to the make-up artist roots of the brand and doesn’t make the assumption that we all know exactly what we’re doing with a multi-pan palette. It’s helpful to have a guide. I like Navy Twilight – I know from my own palette experience that a true navy is so hard to achieve but rich navy gets there with a near-black blue that’s stunning in the crease or as a liner.

In the swatch, you can see (from top to bottom) Liquid Face Highlighter, Highlighting Powder and then shades from Navy Twilight, which is £32. You can find everything HERE, non-affiliate HERE.