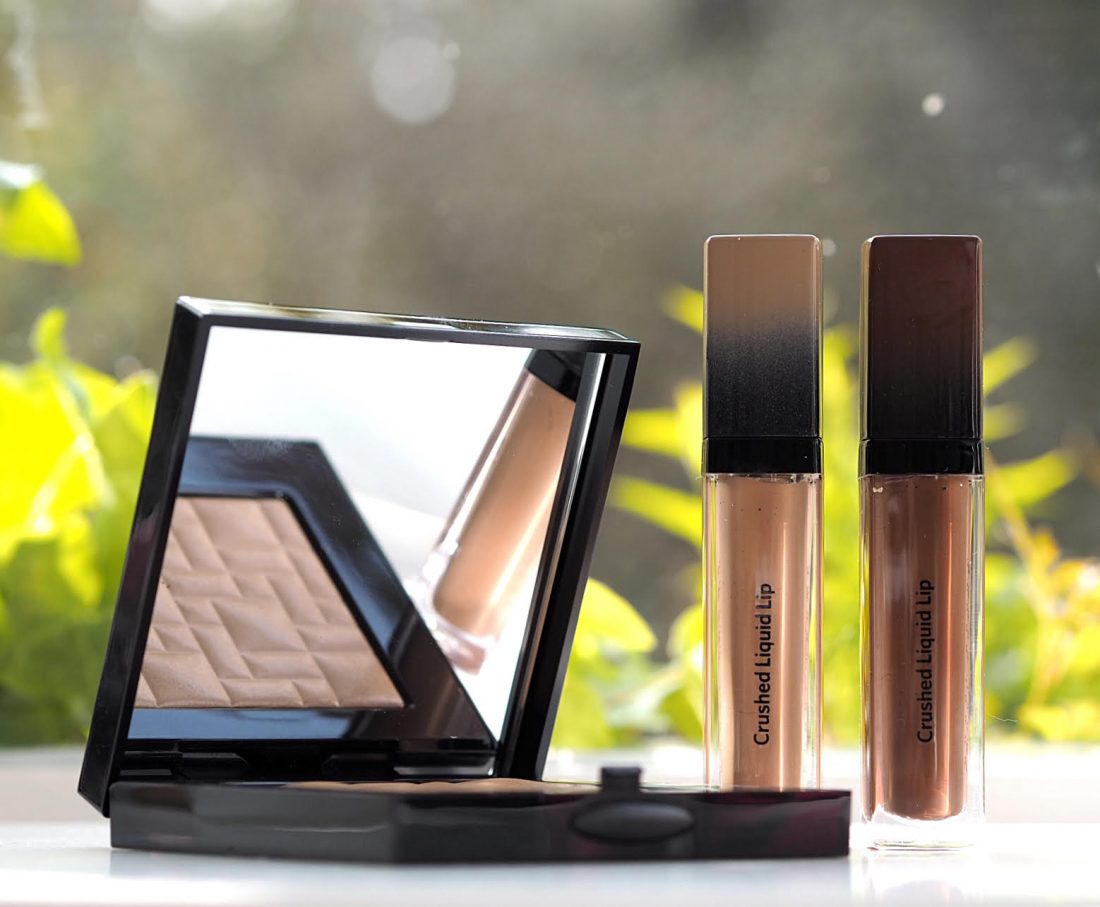 [productsample] The weather could not be better to preview Bobbi Brown’s summer collection which is all about deeply pigmented nudes with molten metallic accents.

I wore Gold Fusion (swatches coming up) for an entire afternoon and it didn’t shift at all (bear in mind I don’t have oily lids) – quite a feat for such a liquid formula. I’ve tried several of this type from different brands and this version outperforms them all. However, because they rely on alcohol, I got the tiniest sting to my lids when I applied. If you’re sensitive (which I’m not), you might want to apply a primer or leave alone.

There are four new shades to the Crushed Liquid Lip collection – nicely pigmented and beautifully sheeny. They haven’t gone for a ‘barely there’ texture with these – it’s there alright and that’s what makes it stay. It’s mercifully free of the overdose of vanilla fragrance that sometimes pops up with this brand.

There are two Limited Edition Bronzing Powder Duos (£32 each) – one in a lighter version featuring Golden Light and Maui for pale/medium tones and a deeper version, Medium and Santa Barbara for medium/dark tones. The blush is shimmery and the bronzer is matte.

In the swatch, Medium, Santa Barbara, Golden Light, Maui and the last stripe is the Highlighting Powder (see main pic) in Rosy, which is £36. The collection launches into John Lewis on 2nd May and nationwide 23rd.