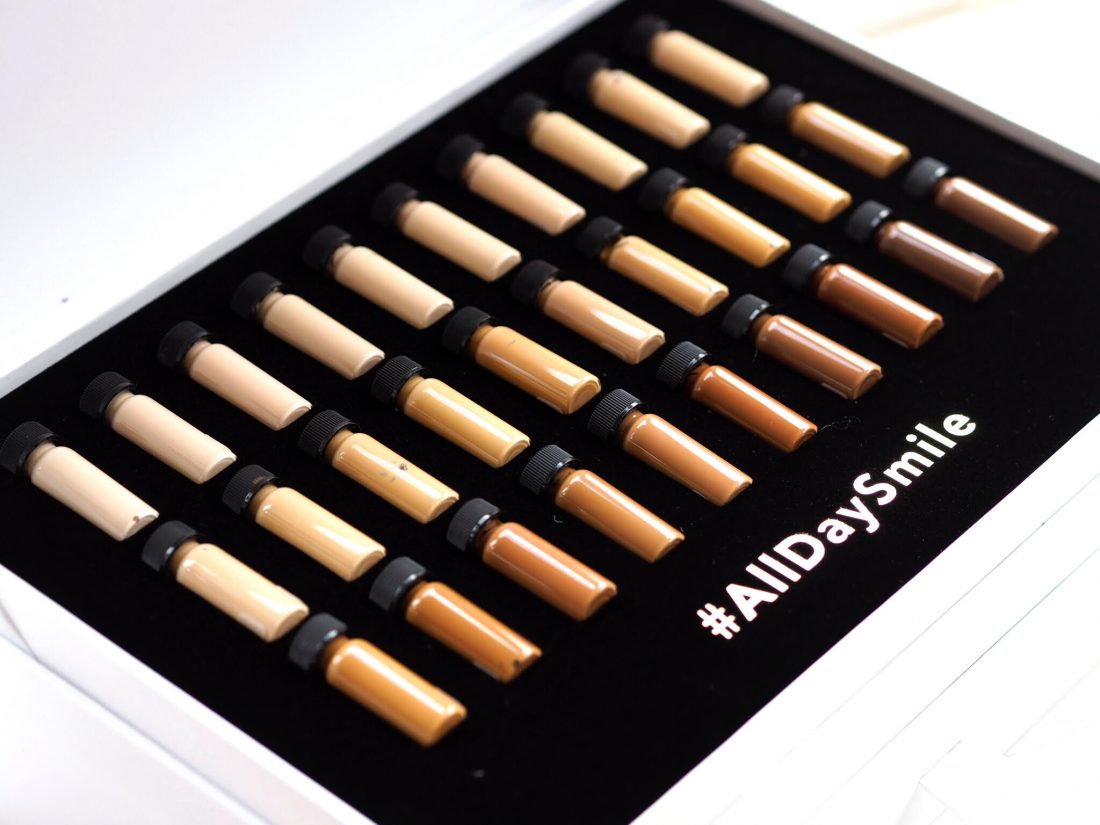 One of the biggest complaints I hear about BB foundation is that it ‘oxidizes’ or changes colour on your skin. You can start the day with a gentle peach shade and be orange by lunch time. So, I’ve done some more looking into what causes this colour change, and it could well be that what you apply before you put on your coverage is at fault. According to Paula Begouin (Paula’s Choice), your own skin oils can also cause an interaction with the base that causes colour change. So if you’ve got very oily skin, it may well be that it’s more likely to happen. If you use a heavy moisturiser under foundation, switch it up to a much lighter one and try using an oil inhibiting primer to minimize the chances of interaction. I’m not a formulator, but it has to make sense that oil control and oil free foundations (such as this is) have less likelihood of colour shift.

So, with that out of the way, the new foundation from Bobbi Brown makes a big deal of the fact that it’s true-to-colour and will stay that way all day. In testing, and I wore it for a full day, there was no colour change on me at all (I don’t have oily skin). It’s a matte formula (SPF15), in a fine texture that feels lightweight on the complexion. The brand says, in the information that accompanied the sample box, that it’s full coverage but I think, in comparison to others, that it’s medium-full. Personally, I don’t like matte foundations because it deadens any glow, but that’s a personal preference; some matte foundations can somehow give a luminosity but I don’t think this one does, but it’s a very comfortable, flexible base nonetheless.

The more important issue is that it’s a 30 shade strong range – mostly recognising the difference between warm and cool tones regardless of base colour (so, there’s a Cool Espresso and an Espresso right at the darker end for example) which not something many brands actually do. We’re really at a time when all tone bases from bigger brands need to be standard fare, not an unusual or hard to find thing. I had a conversation on the Eurostar last year with someone who couldn’t understand why all brands don’t offer all colour selections – in many cases the retailers won’t make room for stock that (in their words) won’t sell as quickly or easily as other shades. Brands that aren’t well funded or big enough to pay for counter space in department stores or have strong sway in our high street cosmetic stores have a big challenge in trying to offer multiple shades (an important reason why we can’t afford to lose our department stores) even when they’re willing to do so. It seems so simple on the face of it (no pun intended!) but we have a voracious and greedy high street who couldn’t give one jot about how diverse foundation shades are, they’re so focussed on sales rather than making change that matters. Bottom line is, you need to be selling a SHED load of product in a high street store for them to consider giving you a few inches more space to sell a bigger base shade selection. If that space doesn’t make money, you lose it. Simple as.

Fenty Beauty hit with 40 shades so there’s room for improvement even for brands like Bobbi Brown that has been a long-standing multi-shade brand, carving the way for other brands to follow suit. Interestingly, there is only a £4 difference between Fenty Foundation and this Bobbi Foundation. Content creators of all permutations could not be making it more clear on behalf of consumers that more is wanted to reflect our diverse nation. There IS more choice now in 2018 than there has ever been but brands are up against it to make it so. It’s retailers we need to be berating.

This is such a goosebumpy swatch but the perfect light appeared just as I got too cold! I’m going with it! I’ve swatched first my shade which is Warm Sand, followed by the very lightest shade, Alabaster, the darkest Cool Espresso and finally a middle tone shade, Honey. It’s HERE.

If you know your BB shade and want an oil free base (there aren’t all that many around) with oil control elements an a lightweight matte coverage, it’s for you. If you like a bit of dew or glow, it isn’t.