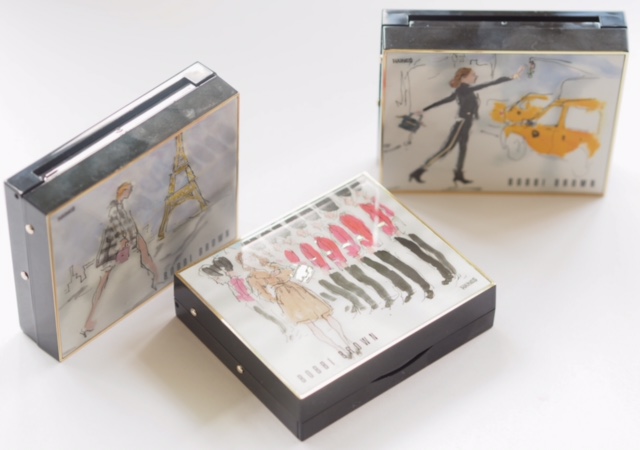 It’s Bobbi Brown’s 25th Anniversary year, so I suppose we should have expected something rather special to be coming along. The Bobbi Brown City Collection palettes couldn’t be more up my street if they tried!

Next up is Paris.

Much as I hate to be unpatriotic, Paris is MY palette! I love those greys and the classic Bobbi ‘pop’ of pink blush.

As you’d expect, in swatching, the shadows came out creamy and smooth (use a primer) with the darker shades beautifully and generously pigmented. I can’t find anything wrong with these in terms of presentation and swatches and I like palette shells for keepsakes as well, long after the shadows and blush are gone. They’re £45 each which isn’t too steep for BB these days, and launch on 1st September exclusively at Harrods.

There are also some long wear gels in limited edition shades and three lipsticks so I’ll cover those in a separate post.