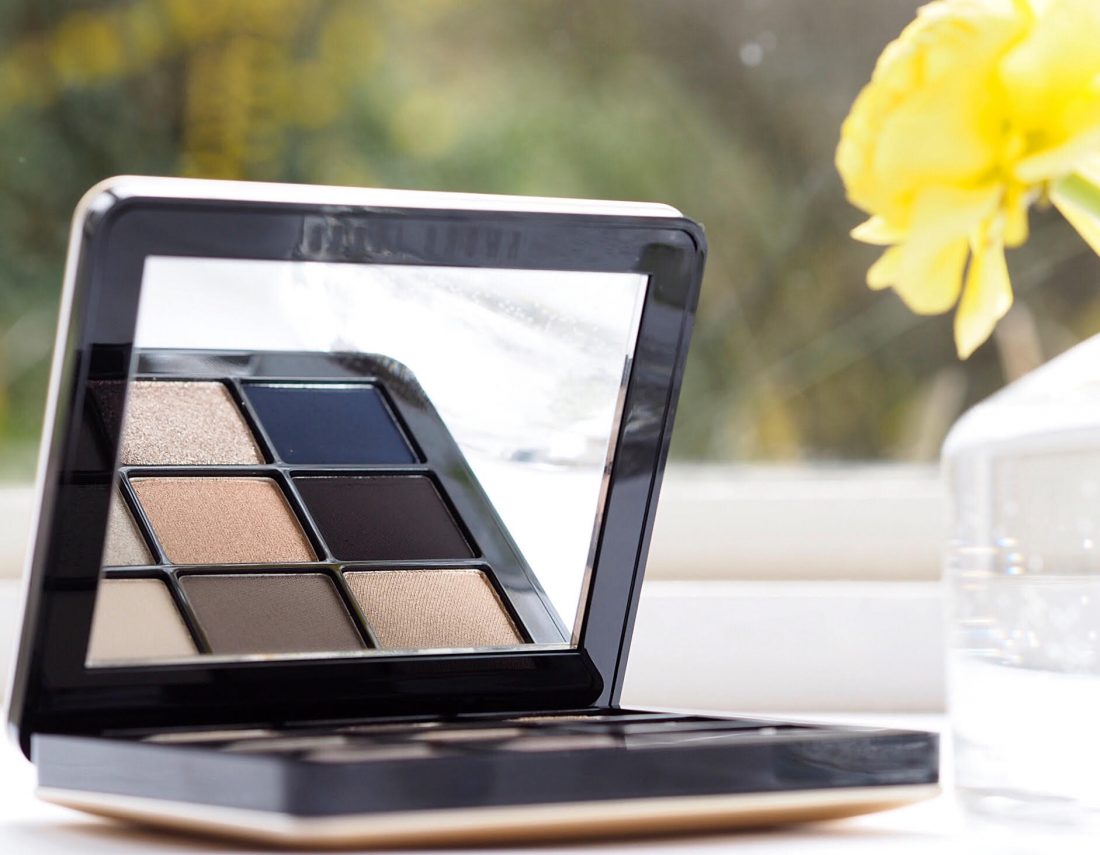 The new Dreaming of Capri collection from Bobbi Brown is literally five items – there’s no excess on this leanly trimmed seasonal collection, and weirdly, no lip product. It’s the palette, Capri Nudes, two Dual Ended Long Wear Liquid Liners, a liquid All Over Glow and a nail polish in a dark blood red. Actually, saying this, it’s a bit hard to tell whether the polish is existing.. on the Bobbi site, there’s a red lipstick shown with the collection but it’s not clear whether it’s ‘part’ of it or not.

It’s really a beautiful palette – and nobody gets navy quite as right as this brand – with sophisticated nuance, shimmer and dark shades for smoking out. One of my biggest complaints about BB is that everything is just a variation on a theme, and that’s the case here, but Capri Nudes looks a lot fresher than many of the nude palettes. But, you have to like nuance… the first three colours (going down the palette) are much of a muchness really and the two golds aren’t a million miles apart. But, nonetheless, I totally get the Capri vibe from this – hot Italian sunshine with gleaming, golden skin and a flash of navy on lids: gorgeous!

The liner divides into a dark chocolate and gold in a dark suspension – to me it looks a wee bit olive toned.

The All Over Glow is interesting because it has a very similar feel to the new Fenty Body Lava in terms of lightness on the skin and while Fenty is a little bit tacky (as in sticky.. but not quite sticky!) this isn’t.  It’s gel-like, feels moisturising and gives a gentle gleam to the skin without going the full metallic using a squalene based formulation.

So, here we are: The Capri Nude Palette swatched in rows of three, so first row, second and then third. The gold (next to the black) has much more glitter to it than you can see in the picture.

This is the All Over Glow, followed by Cioccolato liner. The liner is £28, Glow is £29 and the palette is £49.50 HERE. What I like about this is that it feels ‘every age’ and encompassing, although I’m not sure it’s quite right for all tones, especially very deep ones.