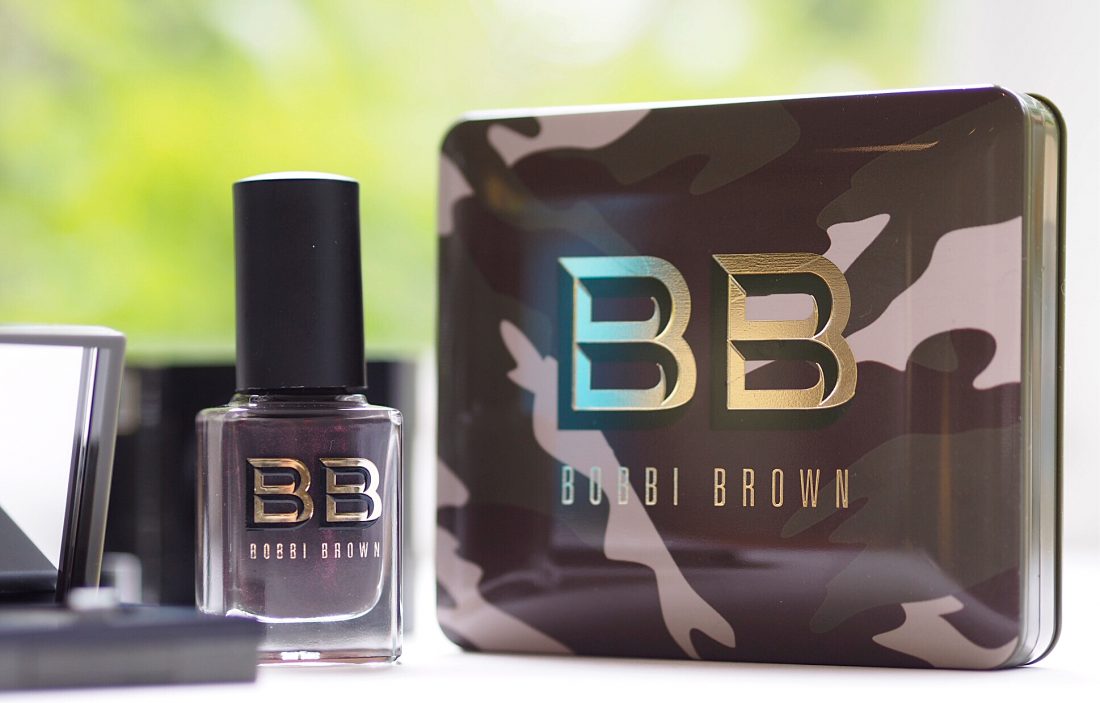 This is a gorgeous looking palette – tapping right into the camo/animal print fashion trends (note to self: stop buying animal print, you have enough). Even if you can’t see yourself in camo leggings or a zebra stripe coat, you can at least be part of it with a palette. The exterior reminds me of the Burberry AW15 palette and at the back of my mind, I think Dior had a camo too at one point.

I have to admit I don’t think my camera is doing the colours justice here – it’s warmer in nature that it’s showing (I really don’t know why.. I’ve taken about a hundred pics and they’re all flattening it a bit) but you can see that the basics live on one side and the party happens on the other! On the right hand side its Bone, Wheat and Cool Grey – all mattes. In the middle is highlighting powder in Warm Glow and on the left is Smokey Brown (metallic), Camo (sparkle) and Cool Brown (matte). The palette itself is quite heavy and chunky.

I’ve put the highlight first in the swatch, but the rest is self evident.

I brought you a sneaky peek a while back of the Multichrome shadow in Jungle, but now I also have it in Incandescent.

So, you can see it shifts a light pink and gold. It’s really pretty.

Bobbi Brown nail polishes are occasional rather than regular, but these two shades, Khaki and Camo (grey shot through with red which doesn’t show up much), really do complete the Camo Luxe collection.

Camo is a grey shade and Khaki is a deep green. They’re £14 each. The palette is £49.50 (yikes) and the shadows are £27. It’s all hitting stores in September but has a pre-release on Selfridges.com (and Brown Thomas) HERE.