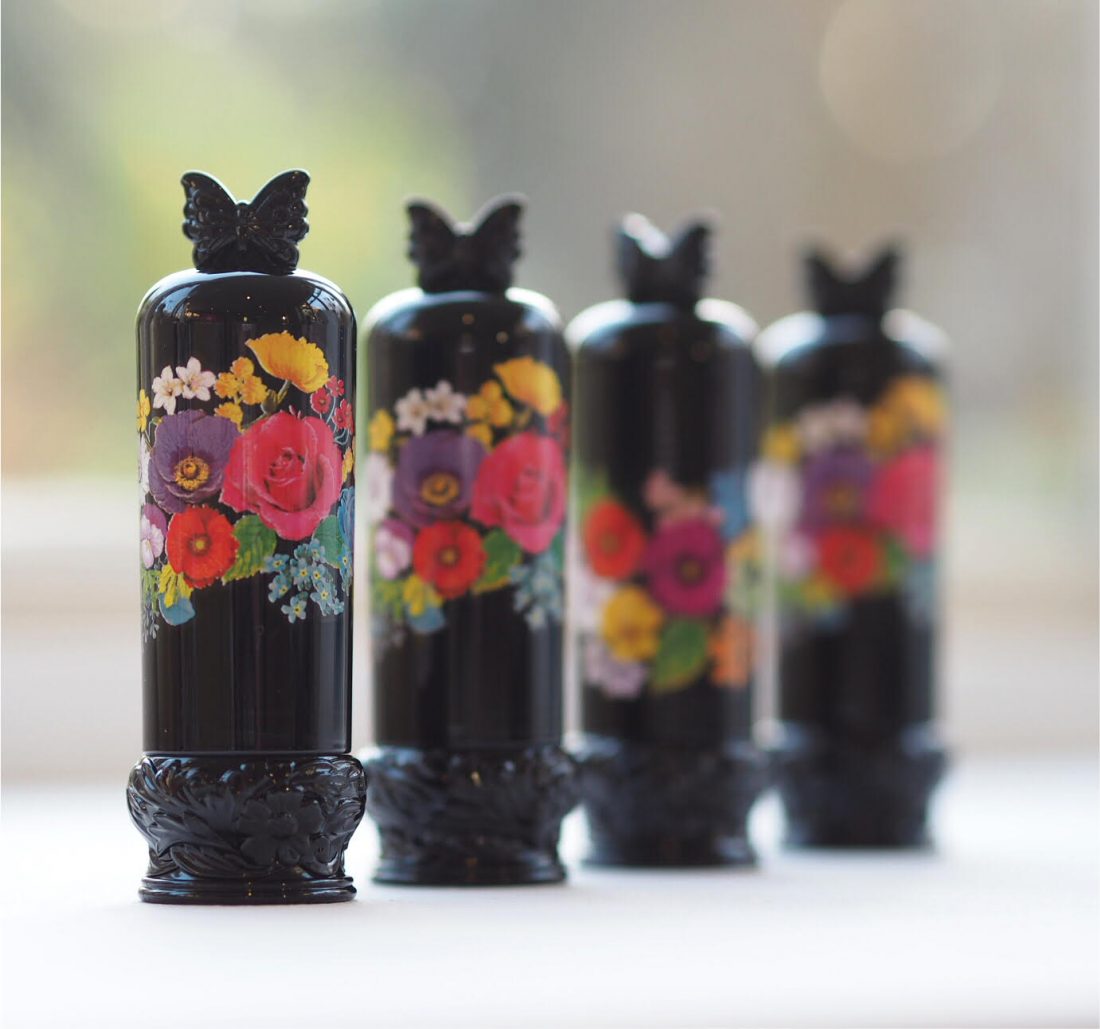 I’m finding it difficult to get my work head back on (unheard of but I’ve been sleeping til about 9am every day!) but the forthcoming spring collection from Anna Sui is making it much easier. If you remember the star tipped lipsticks – these are the replacements and instead they have a blooming rose at the tip. They’re as comfortable to apply as a regular tip and as time and application goes on, the rose will gradually disappear.

It’s the same company – Albion – that produces Paul & Joe cosmetics so the Anna Sui collection has that same precision (think of the P&J cat lipsticks) and attention to detail.

There are 22 shades on their way, of which I have four at the moment to show you. Starting with the front and working round clockwise, it’s Plum Pink Orchid, Pearl White Daisy, Plum Red Dahlia and Pink Dianthus. As you can tell, there is flower theme for all the names. Some are full pigment, and others are sheer so you can layer them. In the selection above, Pink Dianthus and Plum Pink Orchid are full, while Plum Red Dahlia and Pearl White Daisy are sheer.

In the swatch, it’s Pink Dianthus, Pearl White Daisy, Plum Red Dahlia and Plum Pink Orchid. They’re £23 each. In terms of wear, they’re quite balmy and comfortable with a creamy texture that has decent, if not incredible, last. There is a little bit of a soapy taste to them though.

There’s a gorgeous new make up case on its way – if you don’t know these, they’re highly magnetic inside so you can pick out individual colours from the Face Colour range and build exactly the palette you want.

The eye shades have a high oil content which is what gives the sheen to the finish.

I got a ray of sunshine through the kitchen window so managed to snap the colours when they’re hit head on with light. These launch in February for £9 each. I’ve also got a couple of very, very fine liners to show you but I’ll do it in a separate post when I’ve tried them fully. Check Beauty Bay and ASOS in the New Year because they tend to have the best selections of this brand.