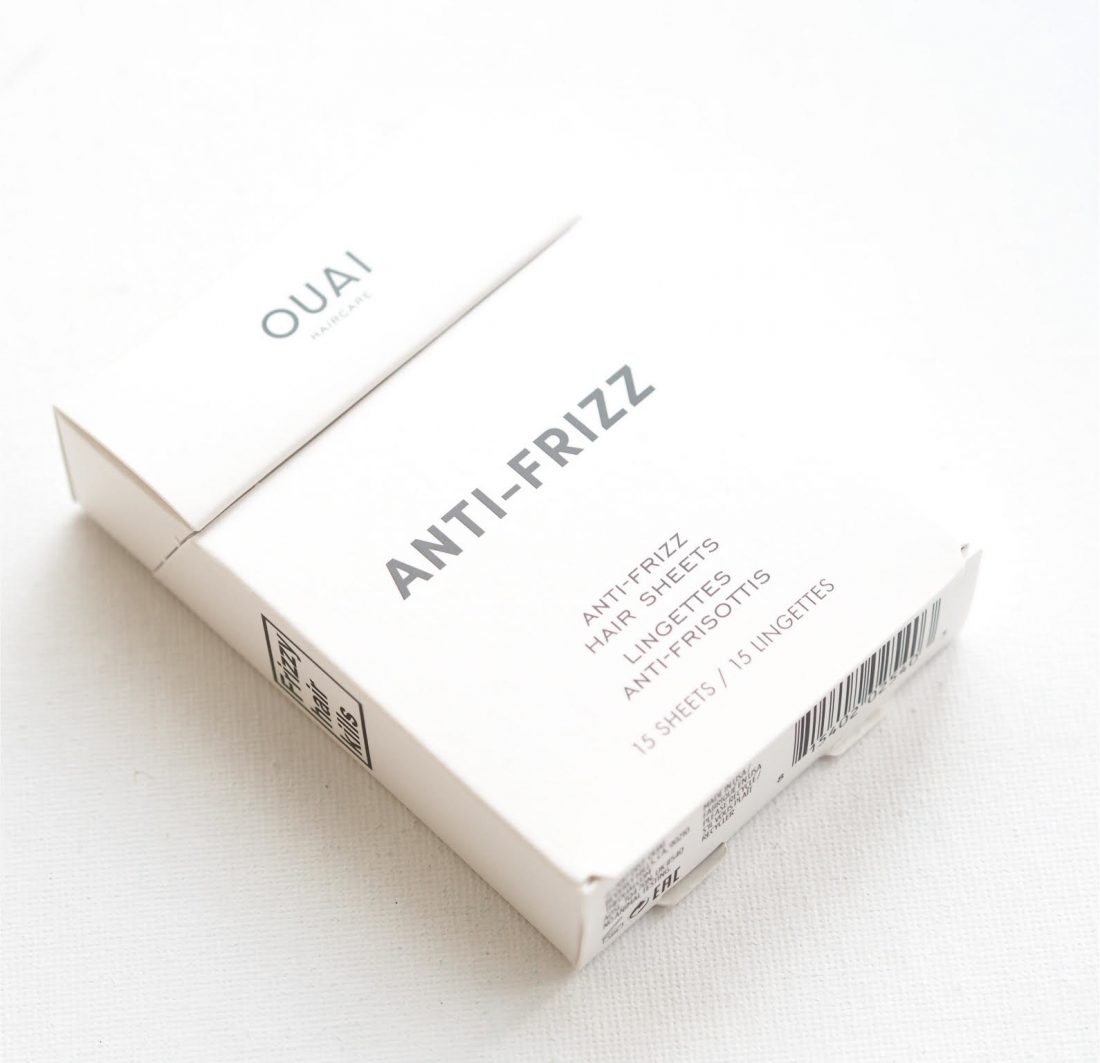 How handy if you’re struck by frizz on the out and about! These coconut and shea oil coated sheets are designed to tackle frizz, but also – and hence my interest – static. I think as the implications of wipes, environmentally, have really started to hit home, it’s difficult in all conscience to recommend. In fact, I was struck by the over-packaging of these from the get-go as they arrived in a huge box full of polystyrene filler shapes. Ouai is a really cool brand – I think they’re representing themselves poorly on that one – paper nesting at least – and that’s before we start on the individually wrapped sheets.

If you’ve ever used glasses cleaning sheets, the fabric feels kind of the same thing as that but it’s actually hemp – very thin and quite stiff at first – drier than you think they’re going to be. But, when I passed one over my hair (newly washed and a little bit fly away but not particularly static) they do give just the right amount of oil. But rather than any ‘magic’ ingredients it’s the weight and texture of oil that will hold the hair in place – in which case, there is the point that you could just use a tiny amount of light coconut or similar rubbed between the palms of your hands instead. Especially when you realise these wipes are £20 for 15 – eek!

I love the humour on the packaging – there’s a bit of a play here on a cigarette packet warning and the order came with a set of Ouai stickers. The upshot is that you’re probably better off taking a tip from the composition of these and having a nice, light oil to hand to use very, very sparingly when you’ve got frizz or static and let the planet and your bank balance relax a bit!